The penetration of NEVs in China reached a record 27.9 percent in August, up 3.4 percentage points from 24.5 percent in July. 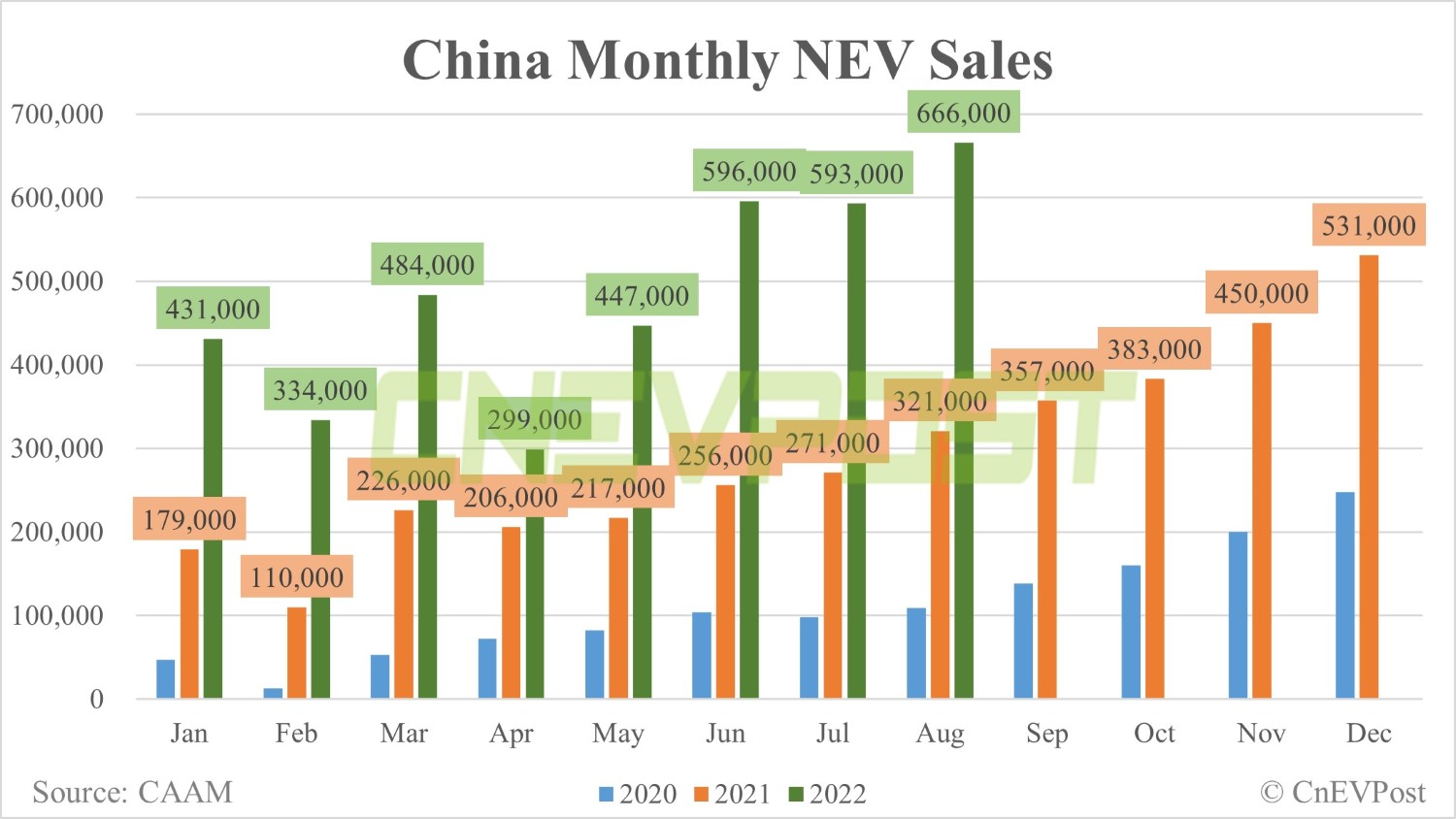 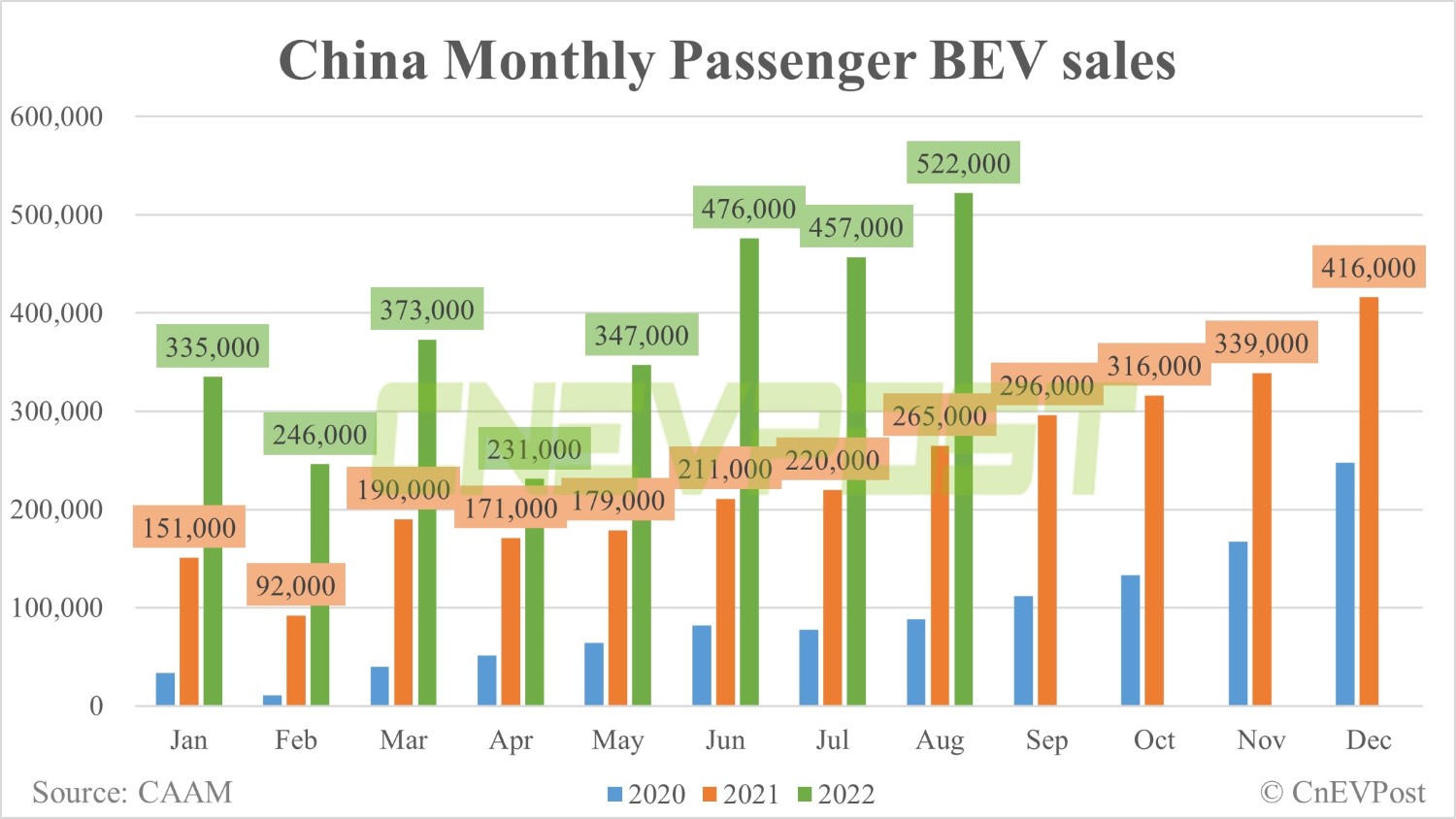 This means that the penetration of NEVs in China reached a record 27.9 percent in August, up 3.4 percentage points from 24.5 percent in July, according to the CAAM data. 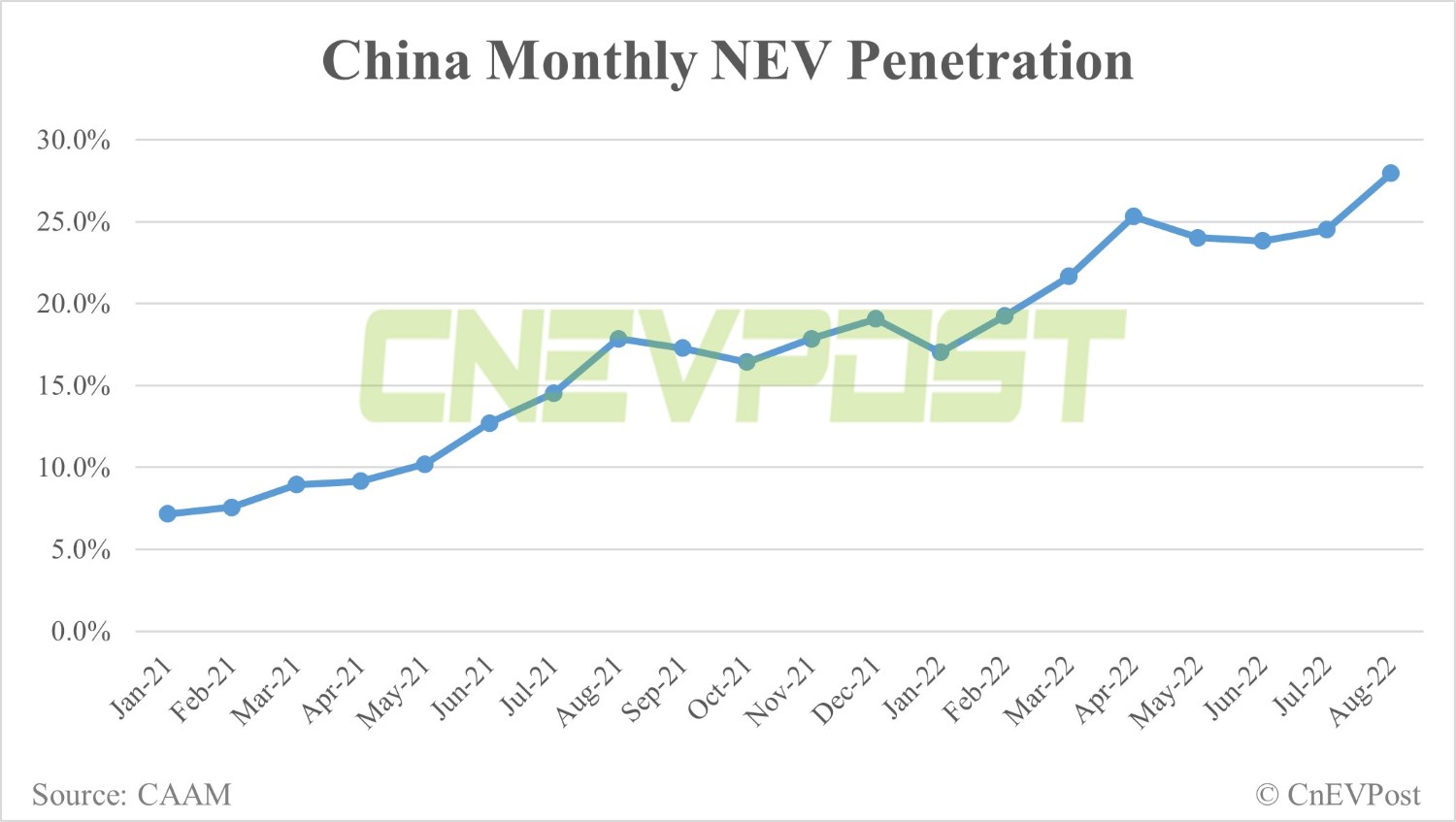 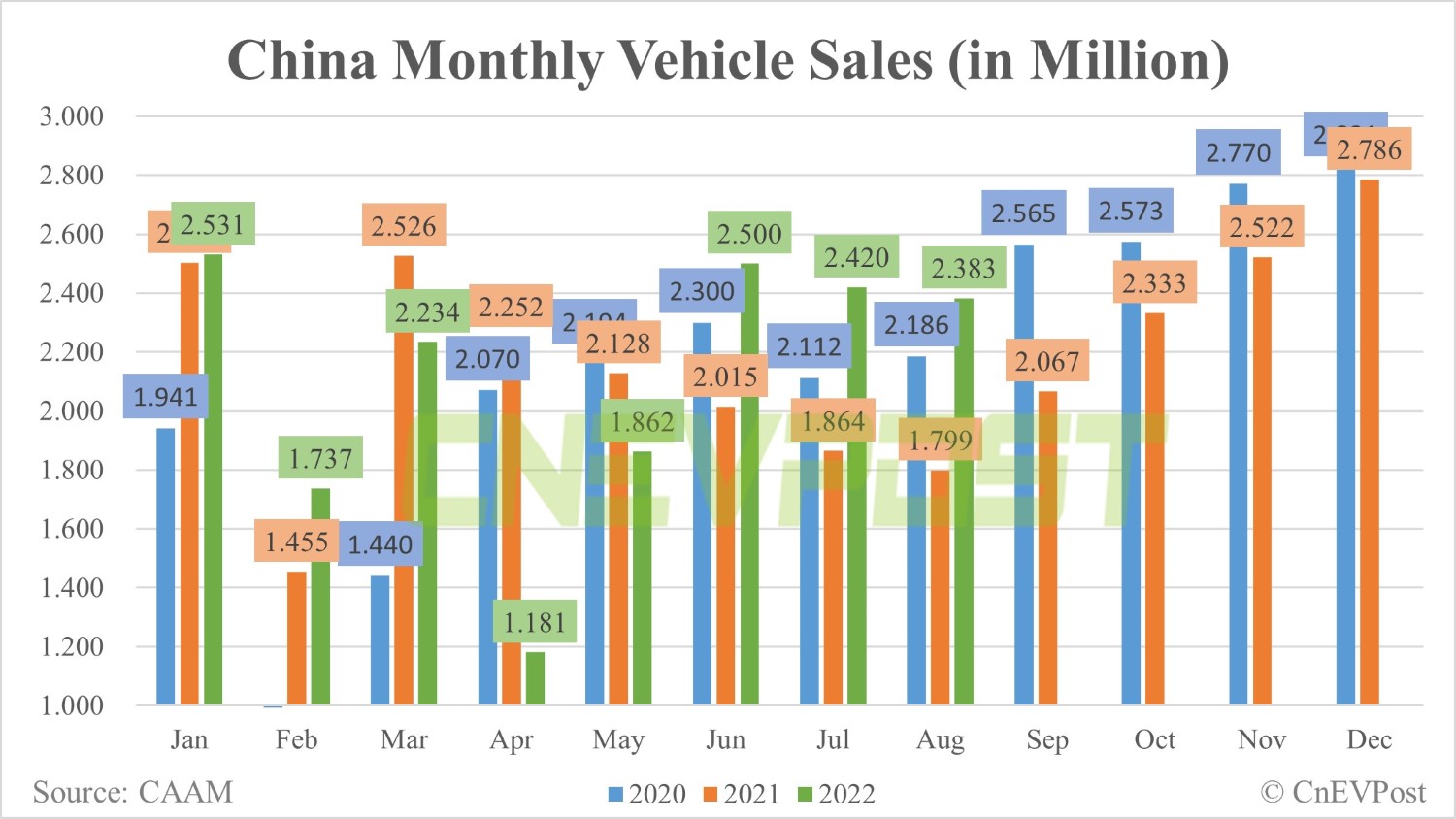 In August, regions including Sichuan and Chongqing experienced power shortages due to the effects of sustained high temperatures, which had an impact on car production, the CAAM noted.

But with policy support, passenger car consumption continued to rise and has gradually returned to normal, the CAAM said.

From January to August, sales of NEVs in China were 3.86 million units, up 110 percent year-on-year.

In the first eight months, China sold 16.86 million all vehicles, up 1.7 percent year-on-year.

This means that from January to August, the penetration rate of NEVs in China was 23 percent.

In August, exports from China continued to reach a record high of 308,000 vehicles, exceeding 300,000 for the first time in history.