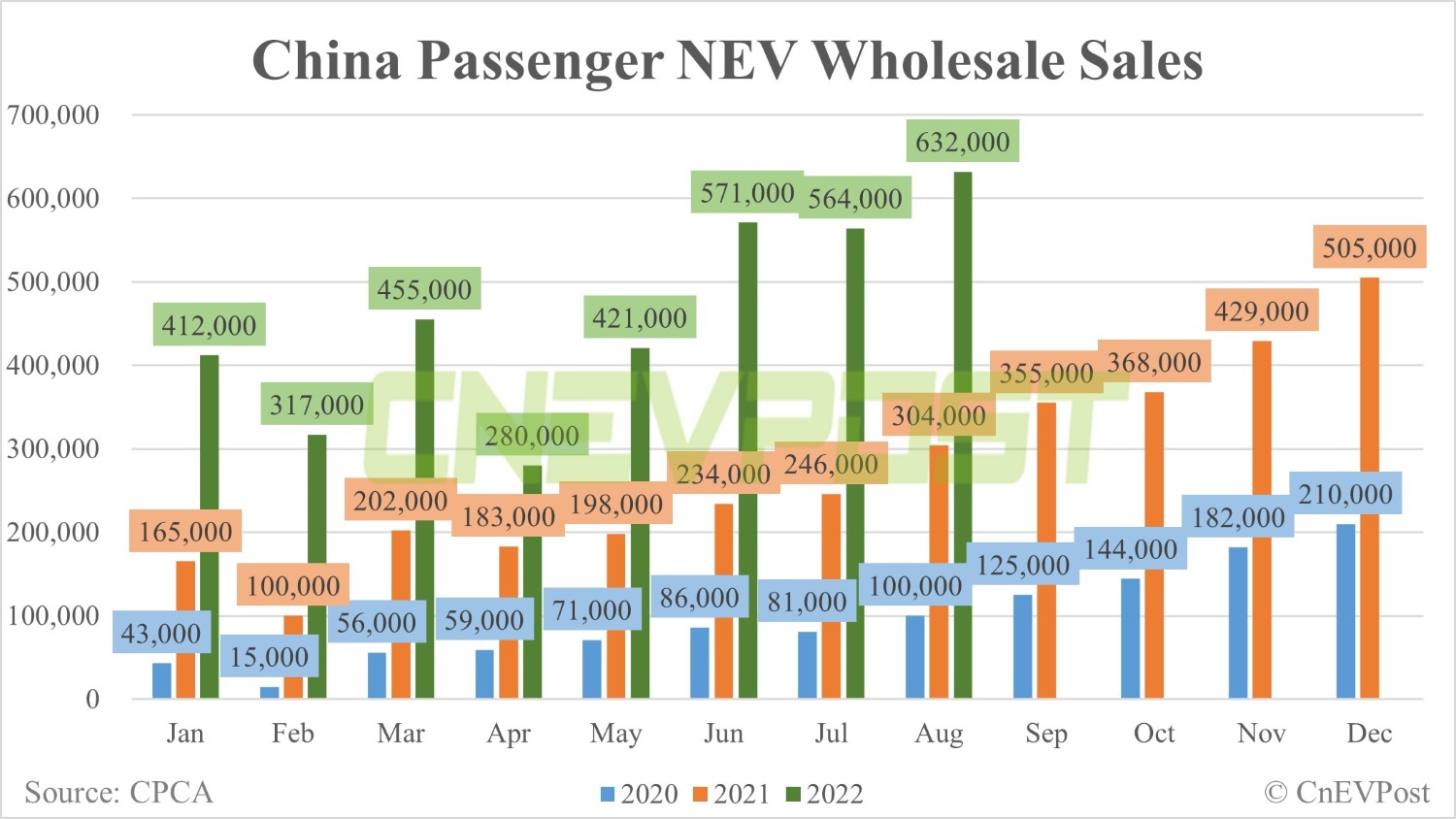 Battery electric vehicles (BEVs) continue to account for the vast majority of NEV sales, with wholesale sales of 490,000 units in August, up 92.0 percent year-on-year, standing at 77.5 percent of all NEV sales. 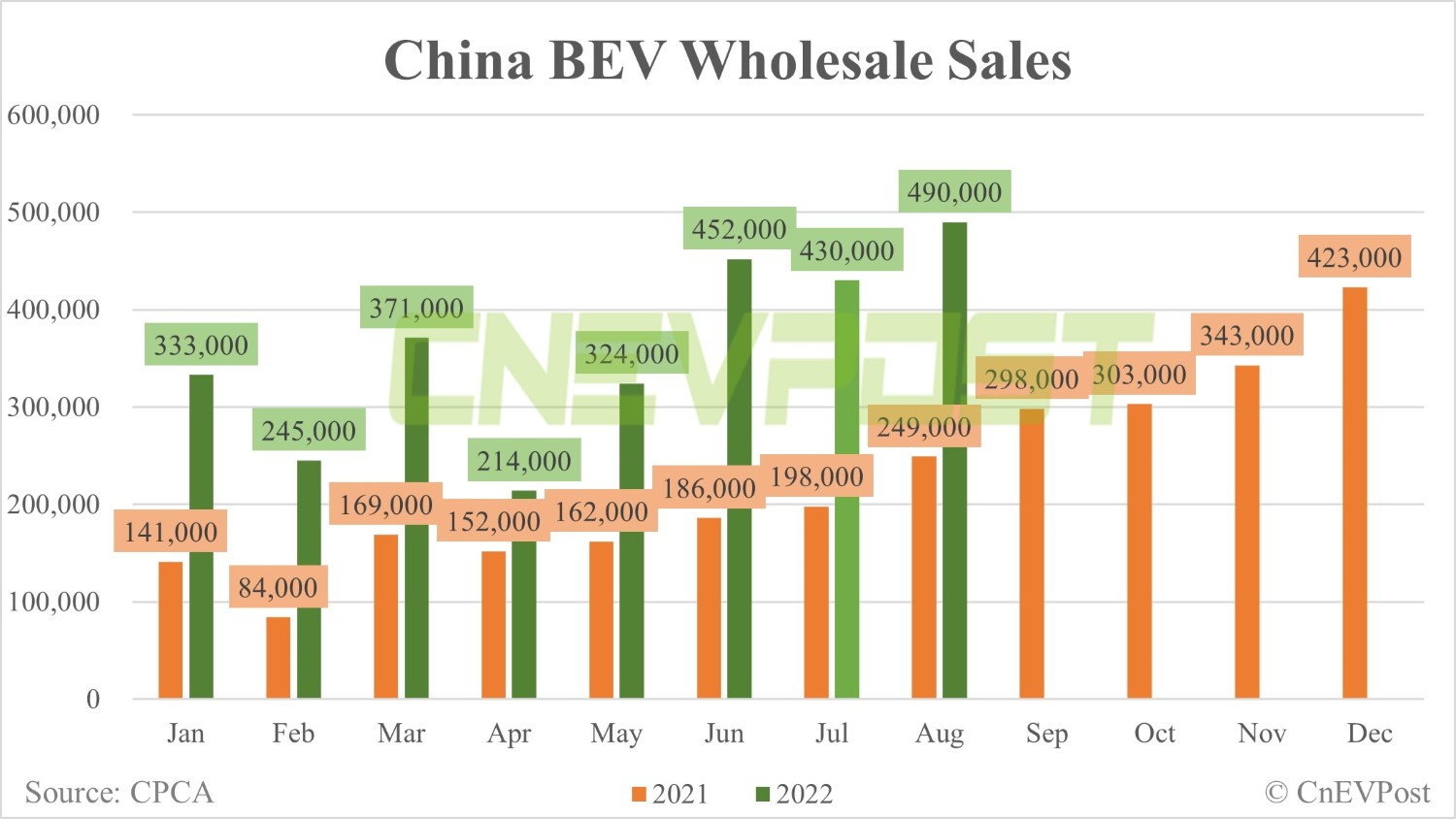 The performance of both NEV and conventional internal combustion engine vehicle sales in China in August was significantly boosted by policy, the CPCA said.

From January to August, wholesale sales of new energy passenger vehicles in China were 3.662 million units, up 119.4 percent year-on-year.

In August, wholesale sales of all passenger vehicles in China were 2.097 million units, up 38.3 percent year-on-year but down 1.7 percent from July, according to the CPCA.

This means that in terms of wholesale sales, China's new energy passenger vehicle penetration rate reached a record 30.1 percent in August, the first time it has exceeded 30 percent. 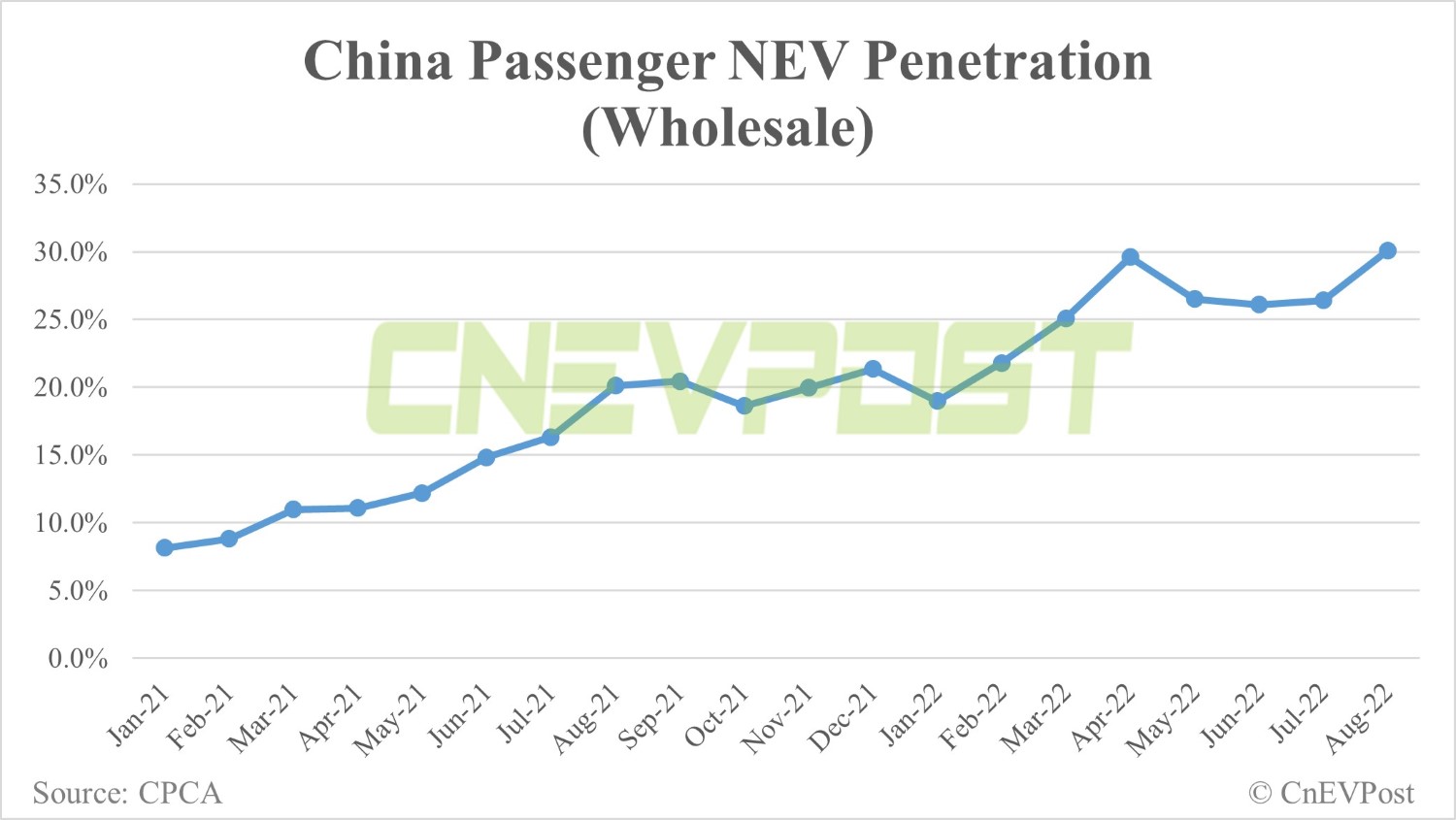 Local brands continue to see leading penetration in NEVs, at 49.8 percent in August, according to the CPCA. Luxury brands are at 29.4 percent, while mainstream joint venture brands are at just 4.9 percent.

In terms of the penetration of NEVs at retail, local brands were 52.8 percent, luxury brands 17.4 percent and mainstream JV brands 4.9 percent.

Looking ahead to September, the CPCA believes that vehicle production and sales are expected to continue to grow at a high rate, despite the current uncertainty over the Covid outbreaks in China.

There were 21 working days in the month of September, one less than last September, the CPCA noted.

However, the loss of capacity due to extremely hot weather in August and temporary shutdowns by some car companies will be made up in September, the CPCA said, adding that the improvement in chip supply will also help car companies recover production.