BYD reported basic earnings per share of RMB 1.24 in the first half of the year, which was at the upper end of the previously previewed range of RMB 0.96 to RMB 1.24.

BYD, previously accused by some of the slow profit growth, saw a strong performance in the second quarter. 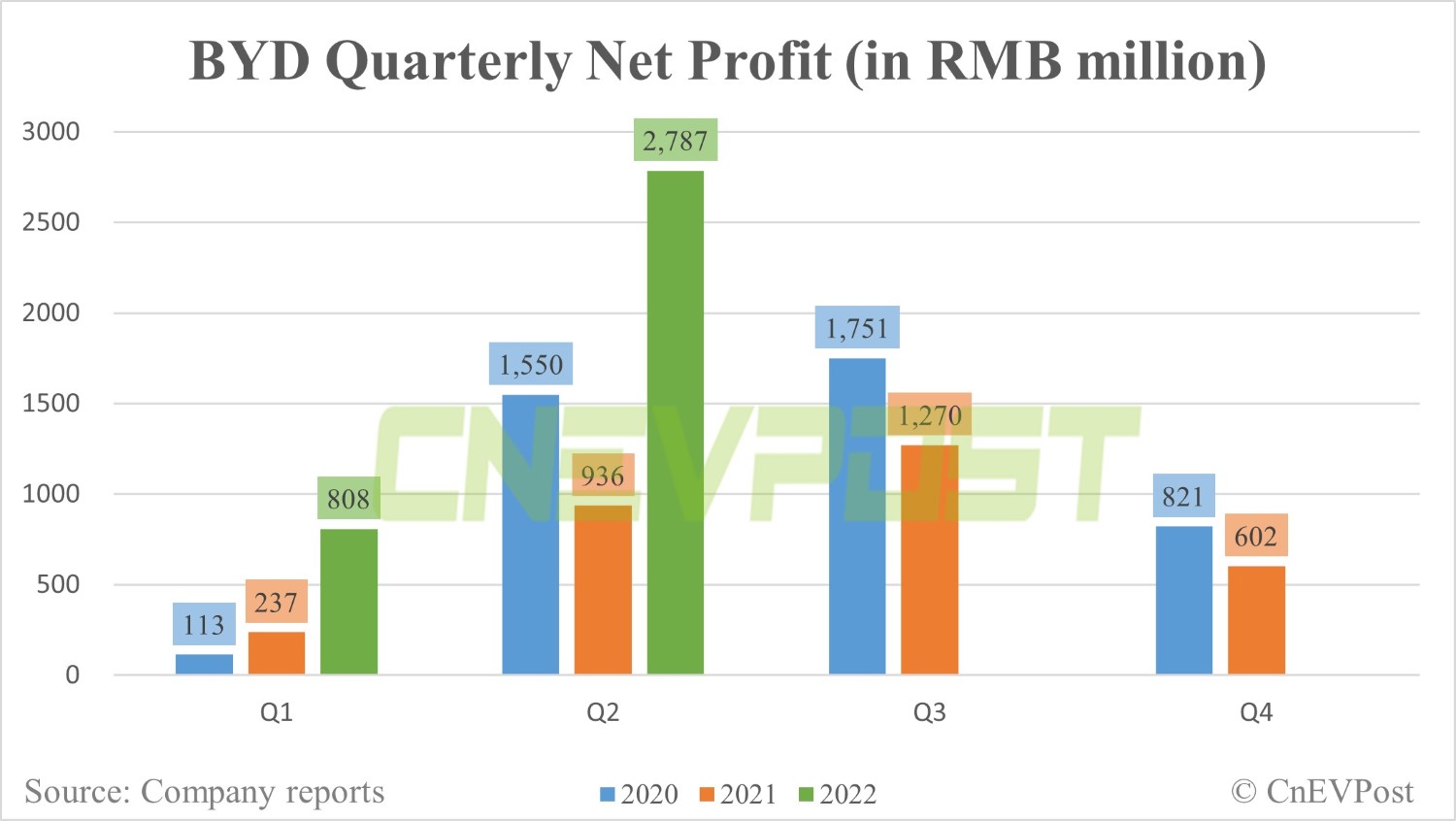 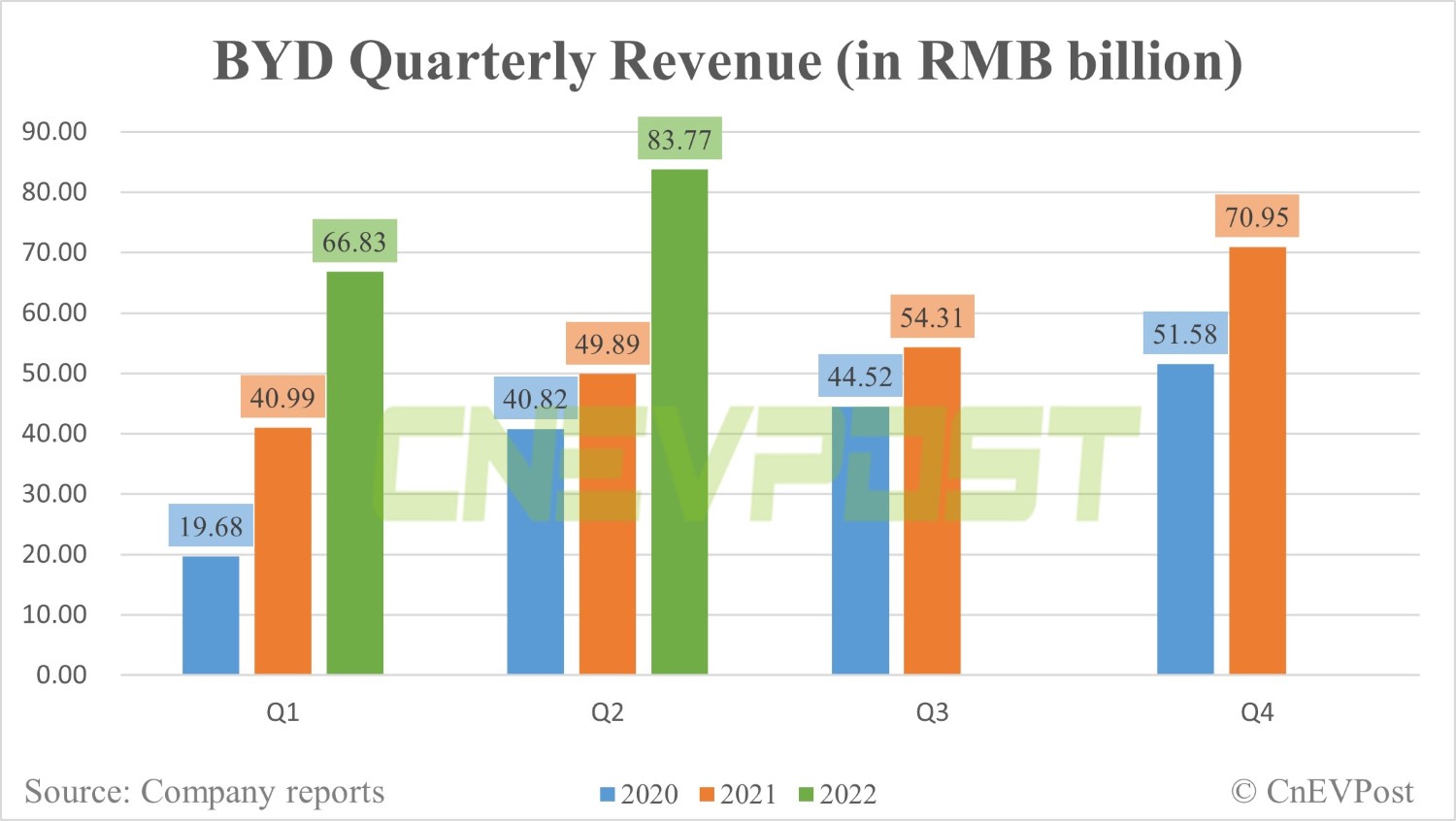 BYD sold 355,021 NEVs in the second quarter, up 255.63 percent from 99,828 in the same period last year and up 23.99 percent from 286,329 in the first quarter, previously released data showed. BYD stopped production and sales of vehicles powered entirely by internal combustion engines in March. 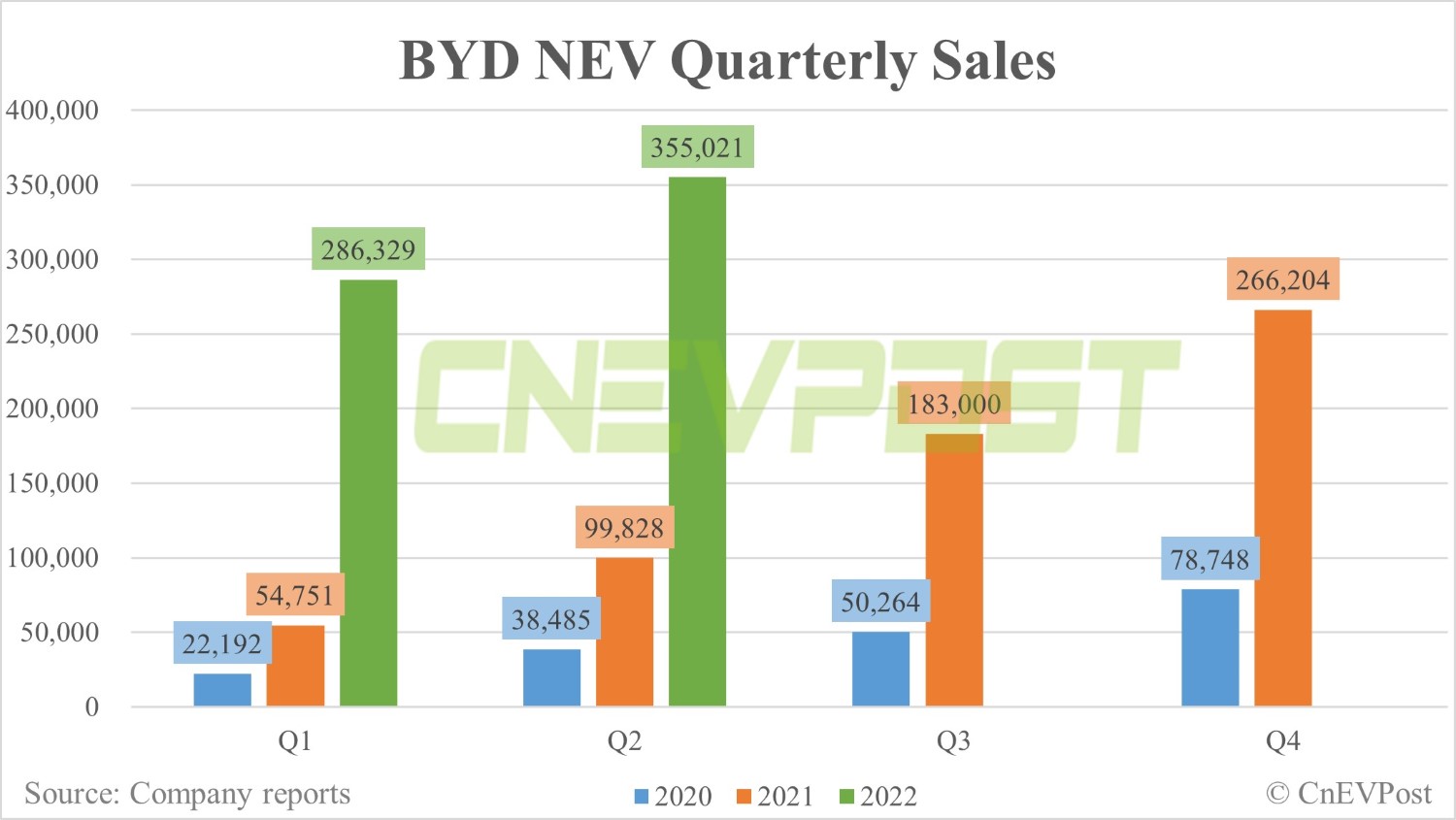 BYD reported basic earnings per share of RMB 1.24 in the first half, which was at the upper end of the previously forecasted range of RMB 0.96 to RMB 1.24.

BYD gained a head start in the first half of the year with long-term technological innovation and continued investment, achieving an explosion in product sales as the new energy vehicle (NEV) industry enters rapid development, the company said.

In the first half, BYD's share of China's NEV market stood at 24.7 percent, up 7.5 percentage points from 2021, BYD's earnings report said, citing data from the China Association of Automobile Manufacturers (CAAM).

During the period, six of the top 10 new energy passenger vehicle sales in China were BYD models, the company said, adding that demand for its products exceeded supply and orders were at record highs.

Some raw material prices remained high in the first half of the year, putting pressure on the industry chain. BYD therefore adjusted the prices of some models in January and March to help ease cost pressures, it said.

In the second half of the year, improved supply and demand are expected to drive NEV sales to another record high as the supply chain regains stability, BYD said.

BYD's automotive business reported revenue of RMB 109.3 billion in the first half, accounting for 72.55 percent of total revenue.

Given the weak demand in the consumer electronics industry, BYD's profit in the second quarter was mainly contributed by its automotive and battery business, said Cheng Siqi's team at local brokerage firm CSC Financial, in a research note released on July 15.