CPCA expects China to see 520,000 retail sales of passenger NEVs in Aug, up 7% from July

In early August, some NEV prices rose again, but consumer enthusiasm was not significantly affected, the CPCA said. 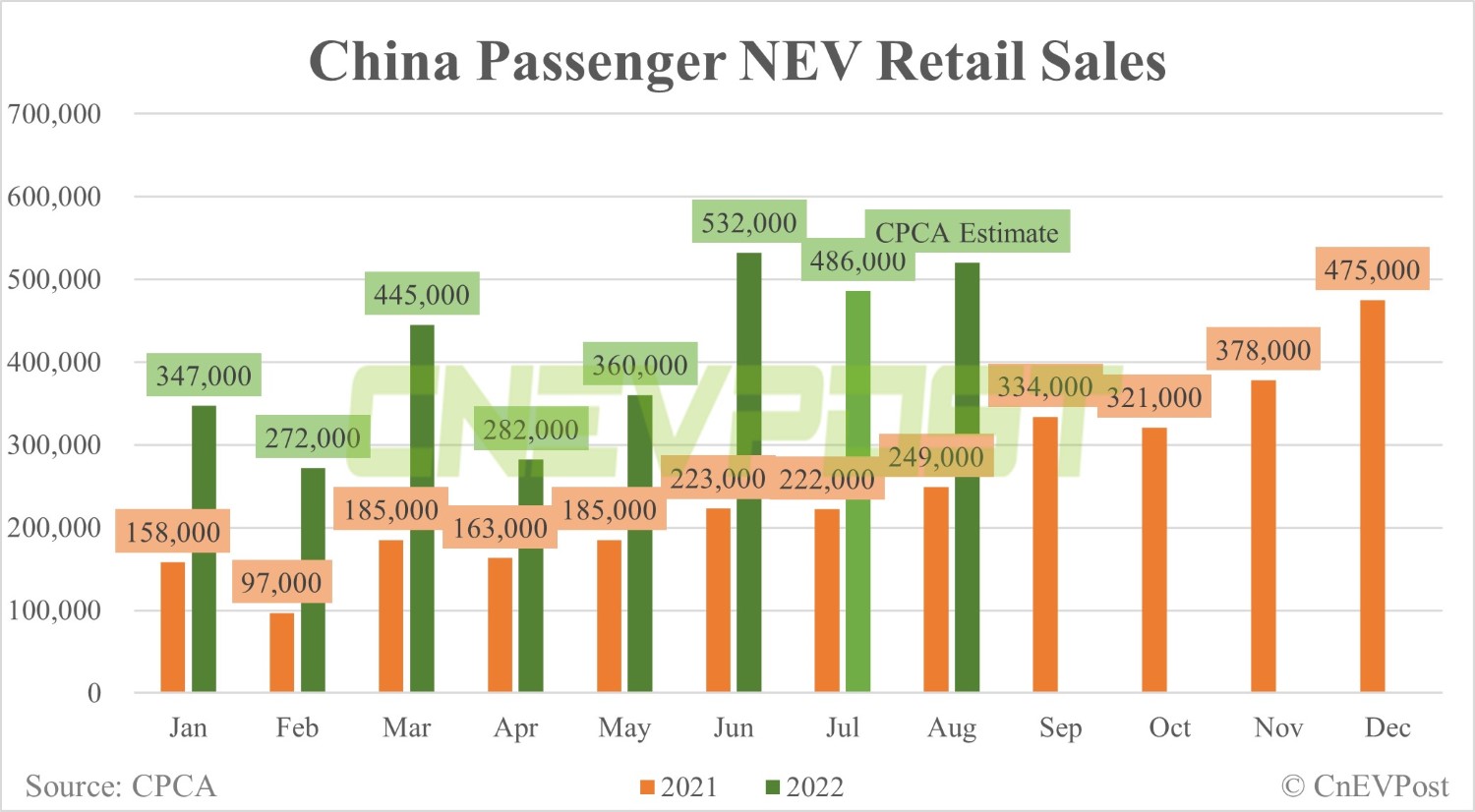 Retail sales of new energy passenger vehicles in China are expected to reach 520,000 units in August, up 108.3 percent from a year ago and up 7 percent from July, the China Passenger Car Association (CPCA) said in a report today.

All passenger vehicle sales in China are expected to be 1.88 million units in August, up 29.6 percent from a year ago and up 3.4 percent from July, the CPCA said.

That means China's new energy vehicle (NEV) penetration at retail was 27.7 percent in August, up from 26.7 percent in July.

In August, the Covid situation in China was manageable, but continued high temperatures brought about power constraints that affected parts and vehicle production, the CPCA said, adding that current inventories in the industry can largely secure supply.

Major vehicle companies' average daily retail sales in the first and second weeks of August increased 21 percent and 25 percent year-on-year, respectively, the CPCA said, adding that the growth rate is expected to be around 31 percent, 22 percent and 56 percent in the third to fifth weeks, respectively.

Especially in the fifth week, automakers have the incentive to increase sales at the end of the month, coupled with a low base due to chip shortages in the same period last year, the year-on-year growth rate will rise significantly, the report said.

In early August, some NEV prices rose again, but consumer enthusiasm was not significantly affected, and demand remained strong, the CPCA said.

In the second half of the year, supply is expected to continue to increase as leading NEV companies upgrade their production lines and expand capacity, the CPCA said.

Meanwhile, new products to be launched are also expected to play a strong role in supporting the Chinese auto market during the year, according to the report.