This is XPeng's 1,000th self-operated charging station, as the company celebrates its eighth anniversary. 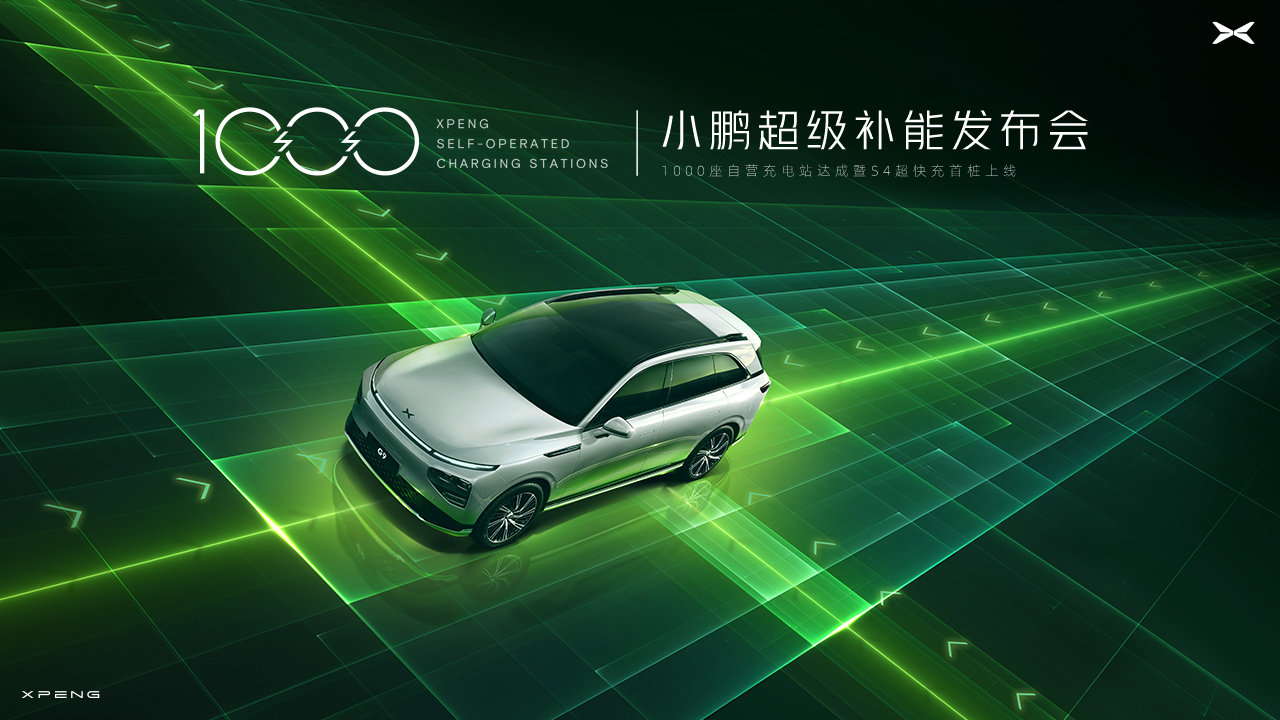 XPeng announced the information on Weibo, without providing further details, and they are expected to be known at the launch event, which starts at 16:00 Beijing time.

Today is also XPeng's eighth anniversary, the company's chairman and CEO He said on Weibo, adding that XPeng looks forward to opening the door on supercharging for the next generation of smart cars with this special birthday gift.

XPeng did not reveal more information at the time, but its Weibo post attached a picture showing some details of its S4 supercharger.

At its Tech Day event on October 24 last year, XPeng mentioned its next-generation supercharging technology, which it said would enable electric vehicles to get up to 200 kilometers of range in five minutes.

To complement the platform, XPeng plans to launch a lightweight 480-kW high-voltage supercharger that supports up to 670A, the company said last October.

On May 23 of this year, Mr. He said in an earnings call that the company plans to begin mass deployments of its 480-kW next-generation supercharger piles in the fourth quarter, thereby significantly enhancing the charging experience.

Vehicles can get 200 kilometers in as little as five minutes of charging time when using XPeng's new-generation supercharging piles, and can charge the battery from 10 percent to 80 percent in 12 minutes, Mr. He said on Weibo on June 14.

XPeng's event today will be live streamed on its website, app, and channels including Weibo and WeChat accounts.