Edison Yu's team expects XPeng deliveries to trend toward the weaker side in August, with no significant recovery until the fourth quarter when the G9 SUV is delivered.

"We expect a somewhat soft quarter as margins come under pressure from raw material inflation," the team said in a research note sent to investors Friday.

Previously released data has shown that XPeng delivered 34,422 vehicles in the second quarter, above the upper end of the guidance range of 31,000 to 34,000 vehicles. This was up 97.85 percent from 17,398 vehicles in the same period last year and essentially flat from 34,561 vehicles in the first quarter. 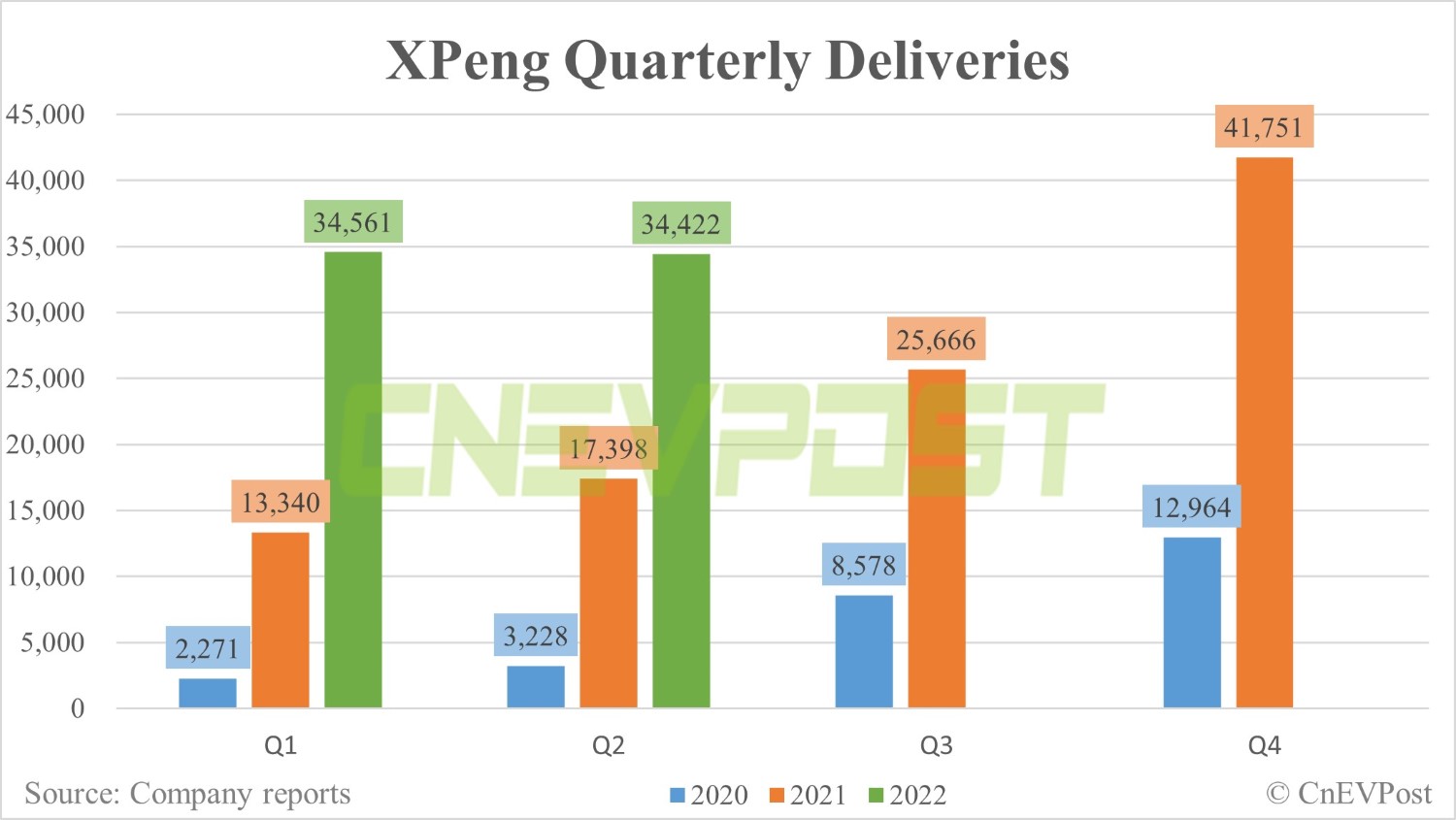 Yu's team expects XPeng's revenue to be RMB 7.42 billion in the second quarter, with a gross margin of 9.2 percent and a vehicle margin of 7.4 percent, or a 3 percentage point decline from the year-ago quarter. They expect XPeng's adjusted earnings per share to be RMB -2.23.

By comparison, the current consensus analyst estimates for these numbers in the Bloomberg survey are RMB 7.29 billion, 9.7 percent and RMB -2.17, respectively.

The team attributed this to several factors, including greater than expected competitive pressure, pull-forward in June from local incentives expiring, and a de-emphasis on lower margin products including the P5 and G3.

XPeng began offering promotions in July as order intake was waning, suggesting that previous price increases may have been too aggressive, the team said.

The team expects XPeng deliveries to also trend toward the weaker side, with no major recovery until deliveries rebound to between 45,000-50,000 with the launch of the G9 SUV in the fourth quarter.

Yu's team significantly lowered their forecast for XPeng deliveries this year from 180,000 to 155,000 to account for weak demand for existing models. They also lowered their gross margin forecast by 1.3 percentage points to 11.3 percent, reflecting increased promotional activity.

XPeng announced on August 10 that the G9 was open for consumer pre-orders and that the official launch would be in September. On August 11, the company said that XPeng G9 pre-orders reached 22,819 units in 24 hours.

Detailed pricing information for the G9 has not been revealed. Yu's team believes once sales increase, it will have an average selling price of around RMB 400,000 and a gross margin of about 20 percent.

"Demand for this vehicle will be key to rejuvenating growth in 4Q and 2023 so we could envision management releasing a higher pre-order milestone in the coming month," the team said.

With the launch of G9, demand concerns are likely to ease near the end of the year, while the results of the strategic pivot won't really be felt until sometime next year, according to the team.

Looking ahead to 2023, the team expects a stronger product cycle for XPeng, including a P7 refresh, a P9 full-size premium sedan, a G5 SUV and should gain more momentum through its efforts in autonomous driving.

The team said they are sticking with their Buy rating for now, seeing that XPeng's technology capabilities are undervalued over the long term, and don't see demand getting meaningfully worse from here. 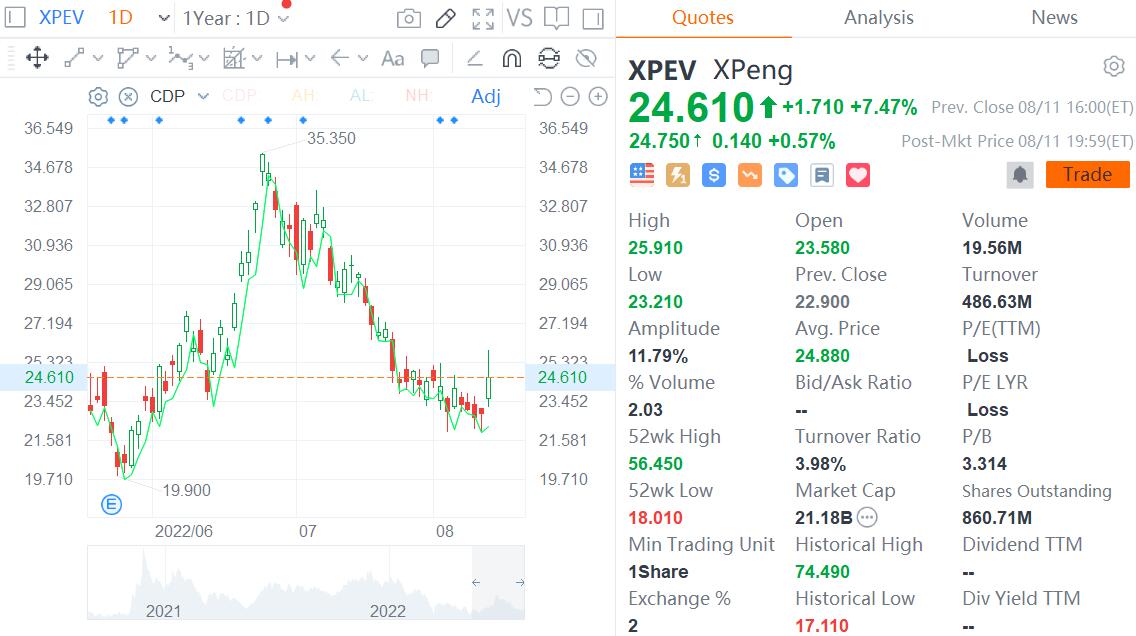 The main risks to the company are supply chain constraints and regulatory scrutiny. As adoption increases, demand for electric vehicle components is very high, leading to a shortage of suppliers of chips and battery cells, the team said.

Also, US regulators have increased scrutiny of Chinese companies listed on US exchanges and could take action to delist them if certain agreements are not reached with the Chinese government, the team noted.