Users from these four countries can start registering for the NIO App and can invite friends and earn points. 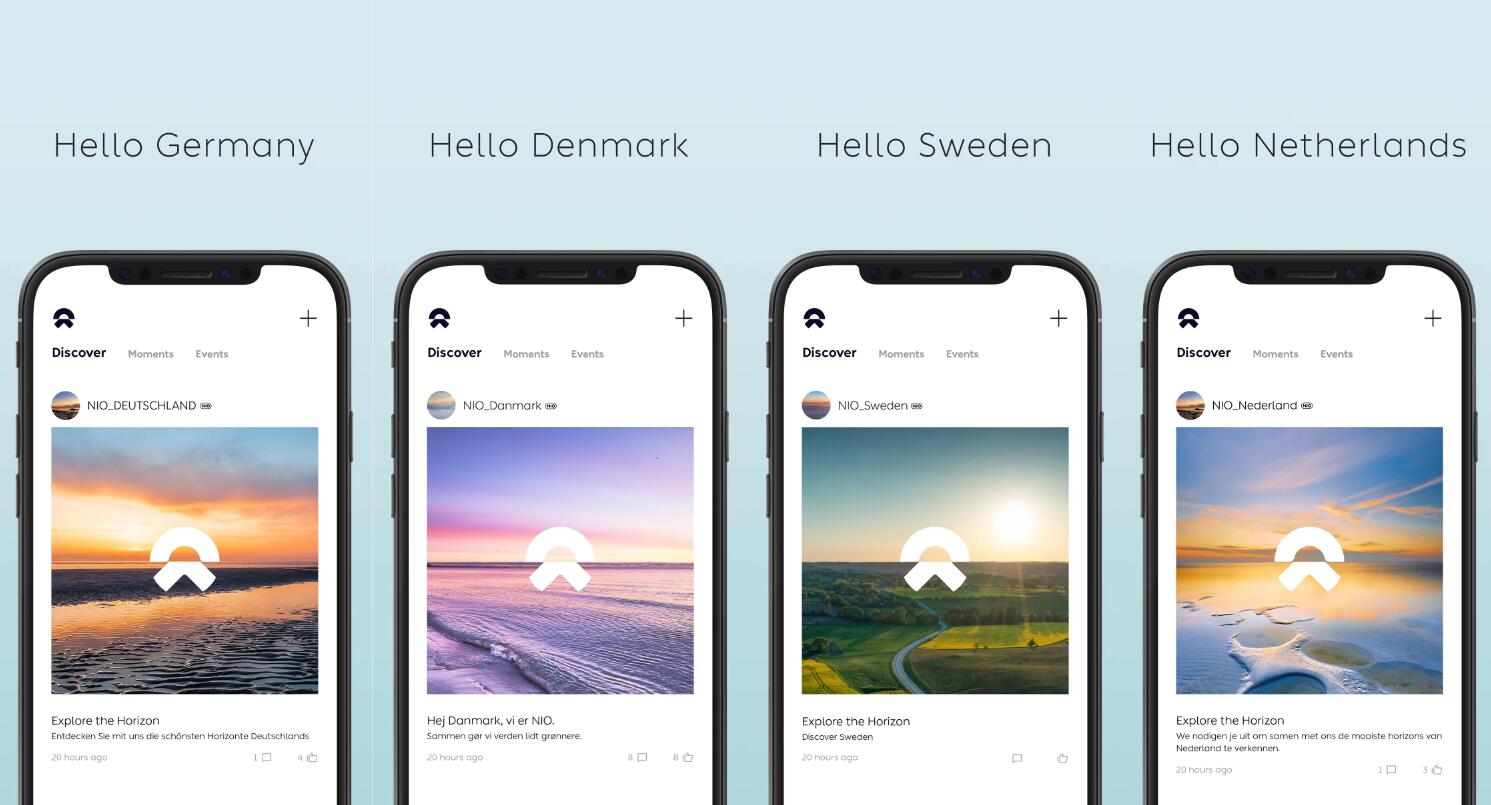 NIO's mobile app is becoming available in Germany, Denmark, Sweden and the Netherlands, as the company's vehicles will soon be available in the four European countries.

"Users from Denmark, Netherlands, Germany and Sweden can start registering for the app," reads today's changelog of the Norwegian version of the NIO App installed by CnEVPost. 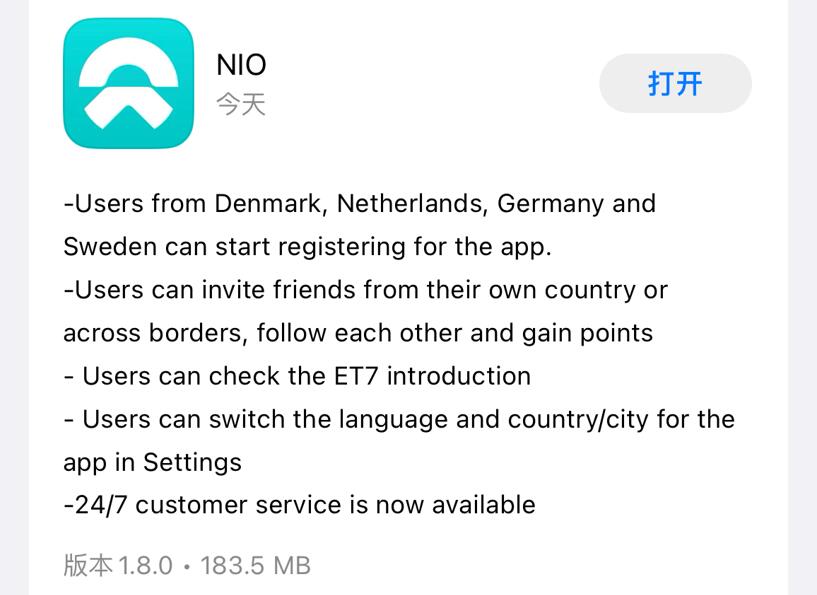 Users can invite friends from their own country or across borders, follow each other and gain points, the changelog reads.

Users can also view the introduction of NIO's flagship sedan ET7, switch languages and countries/cities for the app in the settings, and 24/7 customer service becomes available, according to the changelog.

NIO also shared the information on its official Weibo with several screenshots of the NIO App's pages in different countries.

The company's first model offered in Norway is the ES8 SUV, and its flagship sedan, the ET7, is also expected to be available in the country by 2022.

At the NIO Day 2021 event on December 18, William Li, NIO's founder, chairman and CEO, said NIO will be in Germany, the Netherlands, Sweden and Denmark in 2022.

NIO made an internal announcement of organizational restructuring on June 1 to reorganize the management of its European business, as reported by Sina Tech at the time.

Chen Chen, head of European business development, and general managers of European country companies began to report to NIO co-founder and president Qin Lihong, according to the report.

Germany seems to be one of the next important markets for NIO, as the company presented ET7 in Germany for the first time last September.

The NIO ET7 will be the first NIO model to be sold in Germany in 2022, with deliveries expected to begin in the fourth quarter of next year, the company said in a press release last September.

To support its expansion in Europe, the company's NIO Power Europe Plant, built in Pest, Hungary, will be operational in September.

This is NIO's first overseas plant, covering about 10,000 square meters, and will serve as a production, service and R&D center for NIO's power products in Europe, the company said on July 29.

The plant's main operations include the production and after-sales service of battery swap stations, training in European power operations, and research and development of power products.