Foshan, Shanghai and Guangzhou, are among the cities where XPeng vehicles are sold the most.

XPeng Motors delivered nearly 70,000 vehicles in the first half of the year, making it the highest among China's major new car makers.

So which cities did the Guangzhou, Guangdong province-based electric vehicle company sell its vehicles to? The latest data provides some reference.

For context, XPeng currently sells the XPeng P7 and XPeng P5 sedans, as well as the XPeng G3 series of SUVs, and the company's new SUV, the XPeng G9, is expected to be officially launched in September.

XPeng P7 retail sales in the first half of the year were 35,216 units, with the top 10 cities that sold the most units of the model contributing about half, or 18,633 units, according to data shared today by local automotive media Gasgoo.

Foshan in Guangdong was the highest selling city for the XPeng P7 in the first half of the year with 2,879 units, followed by Hangzhou in Zhejiang province with 2,333 units, according to the data. 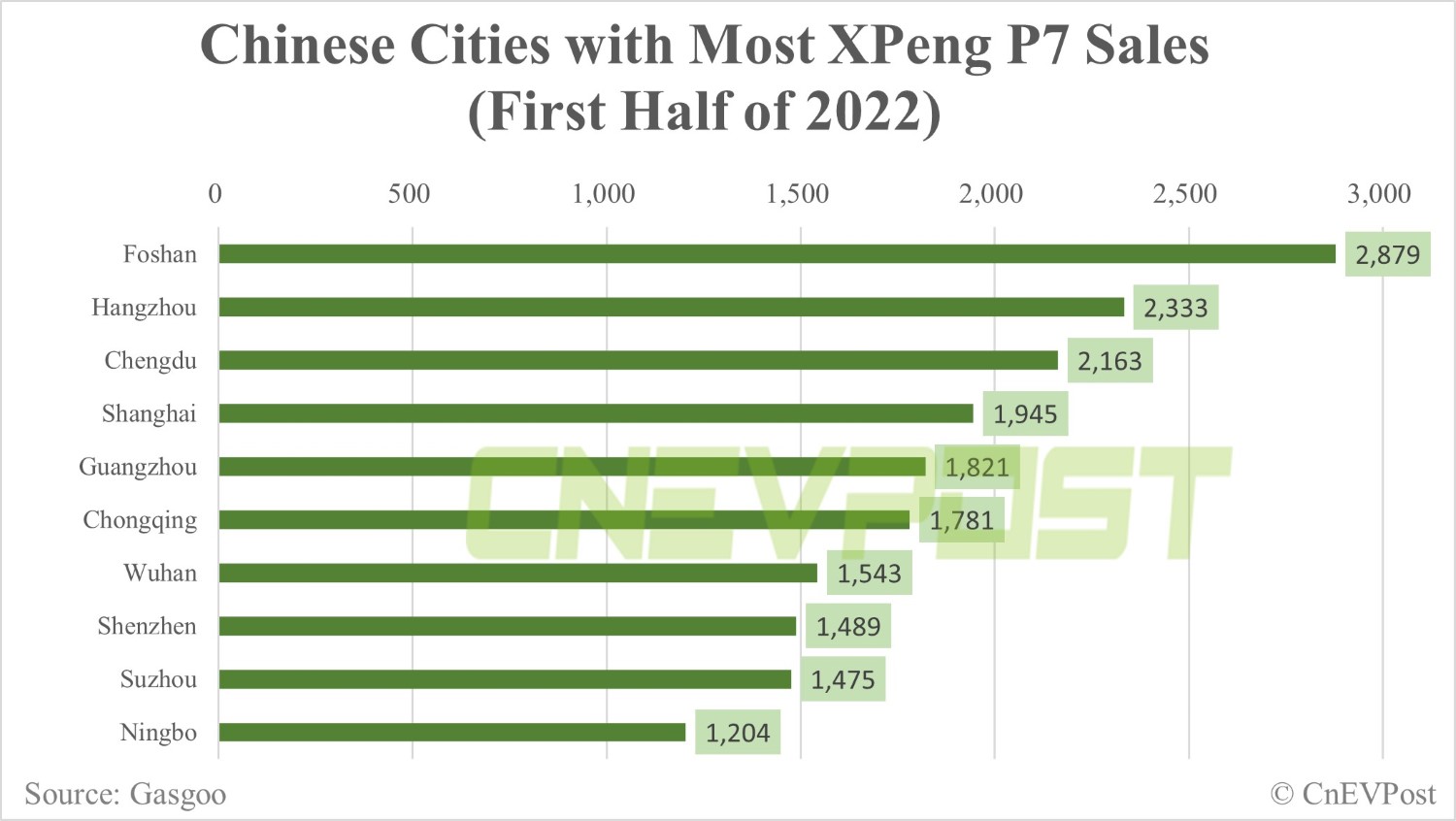 Foshan was also the city with the most XPeng P5 sales, with 2,233 units in the first half, followed by Shanghai with 1,408 units. 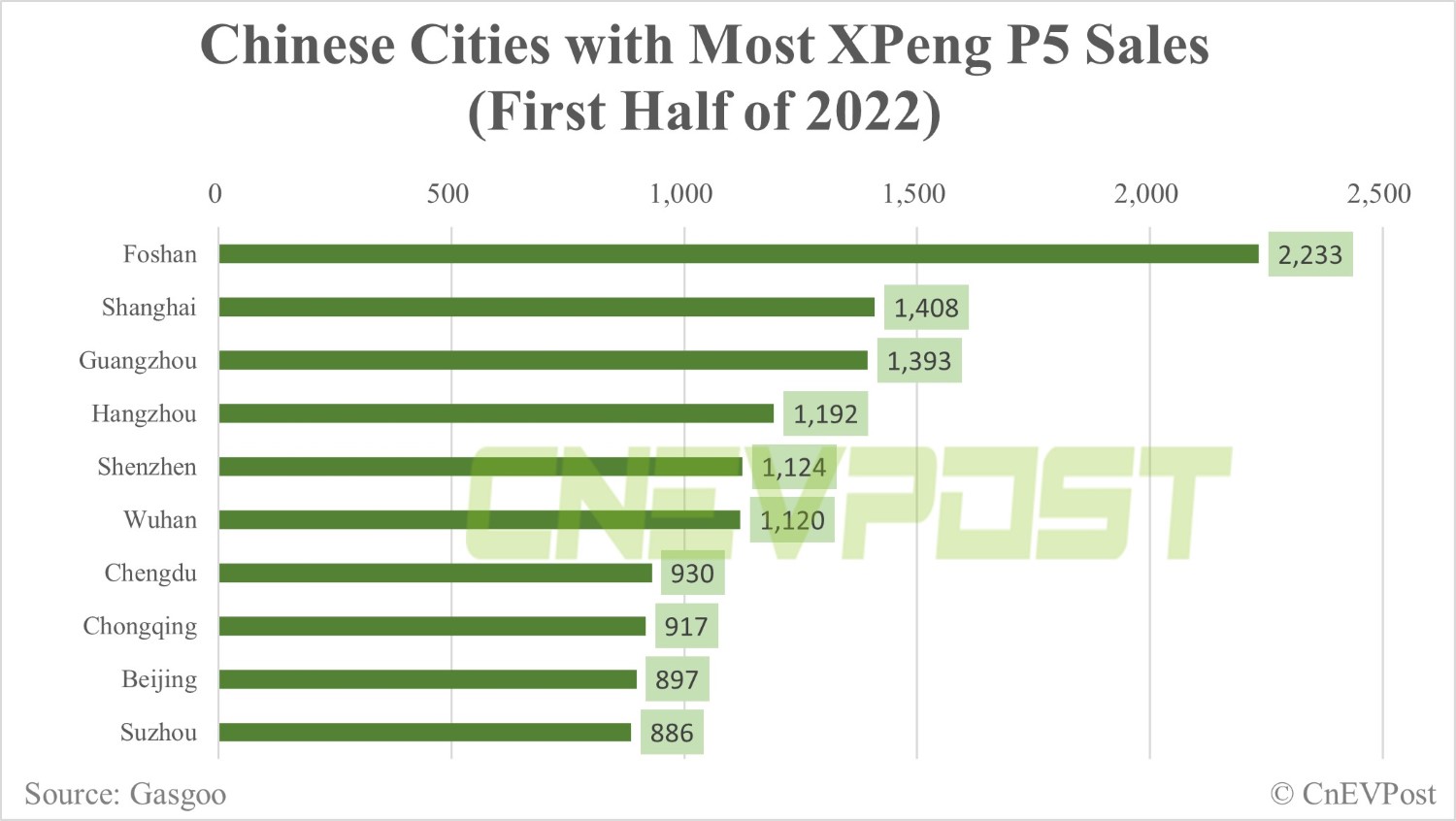 The XPeng G3 series sold 10,449 units in the first half of the year, with Foshan ranking first with 1,186 units and Shanghai ranking second with 878 units. 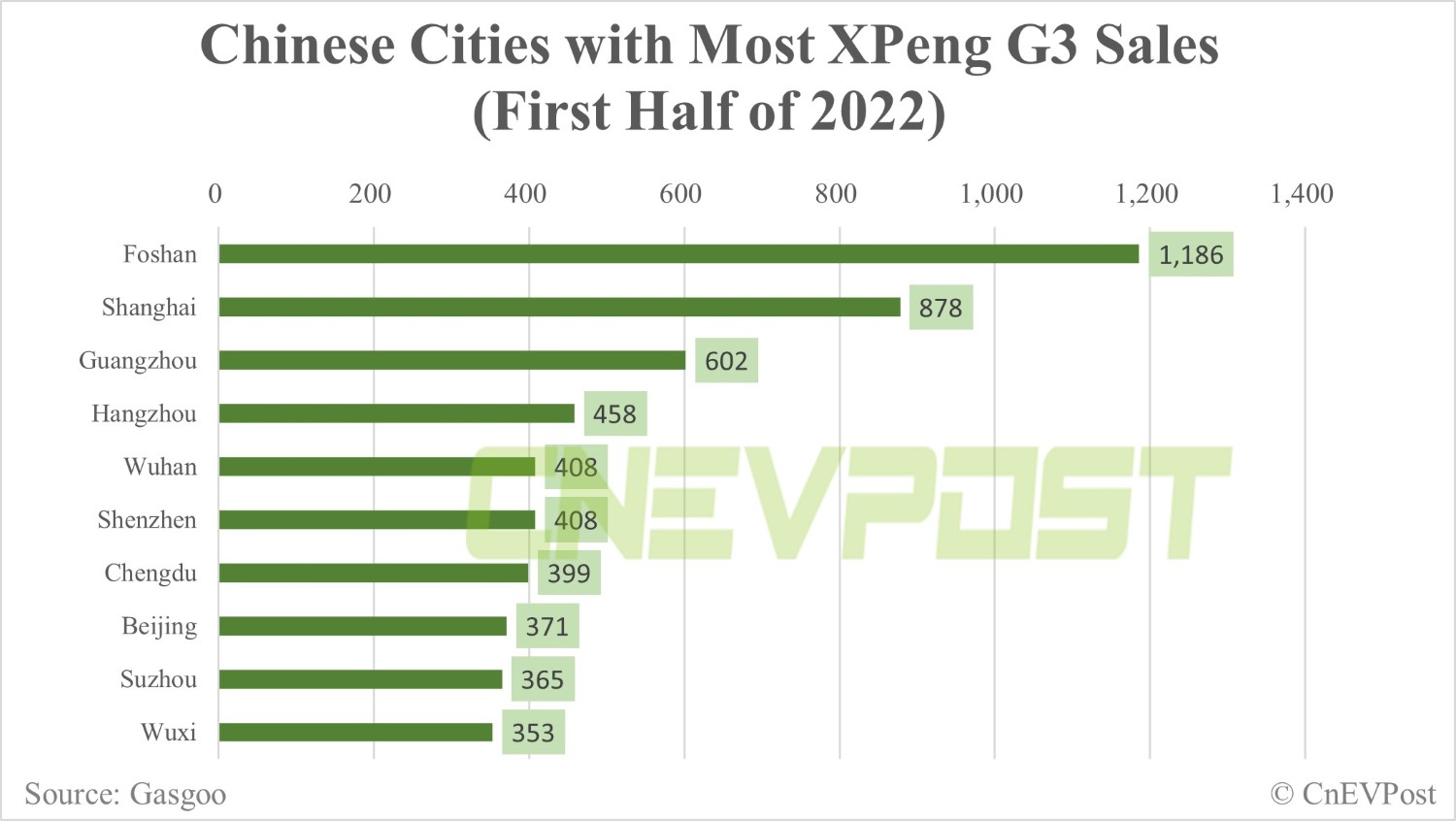 From January to June, XPeng delivered a total of 68,983 units, up 124.42 percent from 30,738 units in the same period last year, according to data released by the company earlier this month.

Earlier today, local automotive media Chedongxi reported that XPeng had lowered the price of its vehicles, as production capacity increased.