NIO warns of illegal token offerings in its name 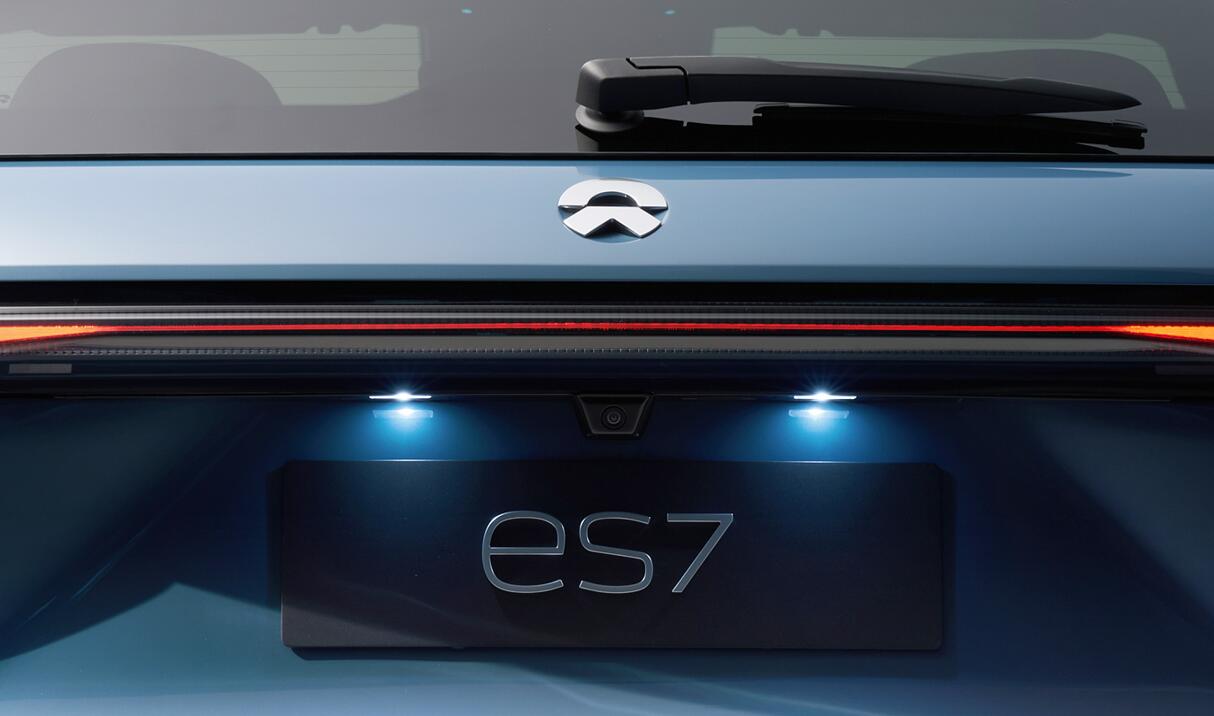 NIO noticed false information on the Internet today about digital currencies being issued under the company's name, Karl Gao, the company's vice president and global general counsel, said in a statement.

NIO has no plans to issue any digital currency and has not authorized any third party to issue digital currency, the statement said, adding that the company has initiated legal proceedings and will pursue legal responsibility for the parties involved.

The following statement was posted on the NIO App and translated by CnEVPost:

It has come to our attention that false information about the issuance of digital currency under the name of NIO has appeared online today (July 21).

We ask NIO users and the public not to believe the false information to protect their property.

We have initiated legal proceedings to pursue the legal responsibility of the relevant parties for this fraudulent release of false information under the name of NIO. 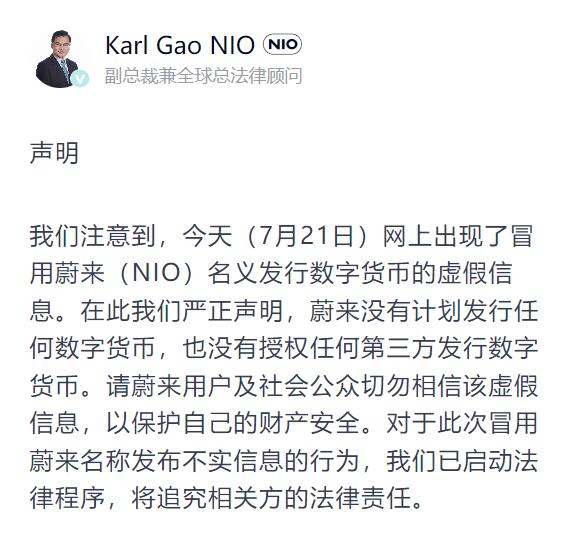 The "announcement" said that NIO decided to issue digital tokens in Hong Kong in response to the Chinese central bank's digital currency policy and to enhance the market position of the RMB in the international payment and settlement system.

The token is a decentralized blockchain digital asset based on Ethereum and is an ERC 20 standard token, according to the "announcement".

In China, digital currency trading and issuance are not allowed.

The "announcement" circulating on the Internet can be easily judged as false by those who know a little about digital currencies, but it could lead to losses for some people.

The statement from NIO is timely in stopping the wider spread of false information.

It is worth noting that this is not the first digital currency news related to NIO.

In early April CnEVPost reported that an NIO server manager was caught using the company's servers for Ether mining for over a year.