Former education company backed by Bain Capital rises from the ashes through a reverse merger with the electric vehicle charging business of NewLink, another Bain-backed Chinese company. 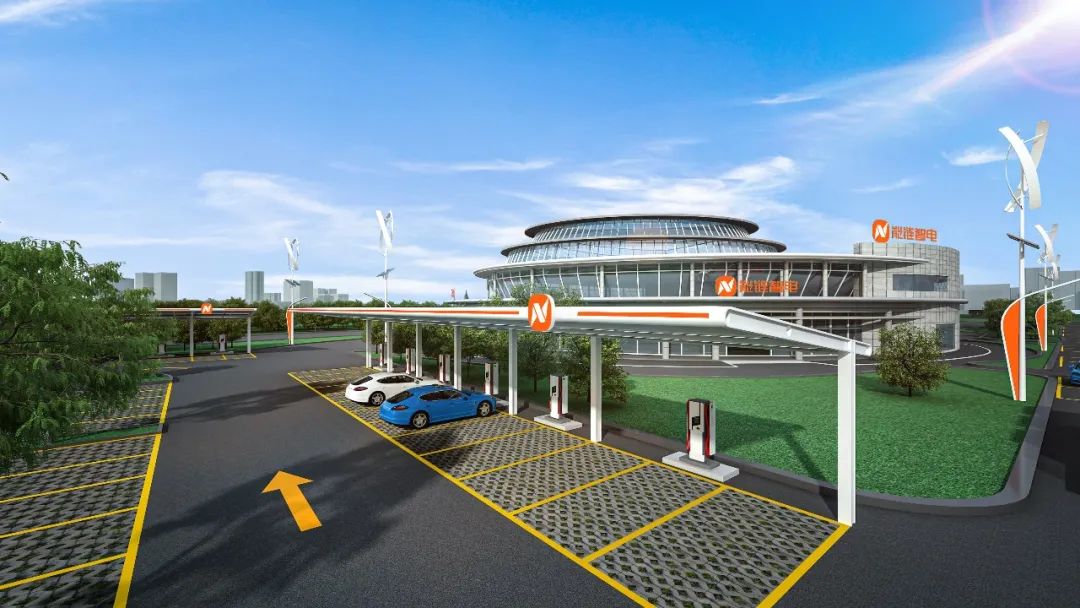 This article by Edith Terry was first published on The Bamboo Works, which provides news on Chinese companies listed in Hong Kong and the United States, with a strong focus on mid-cap and also pre-IPO companies.

Life after death-by-regulation looks pretty good for one company in China's defunct after-school tutoring sector. While many of its peers have shut down, Bain-backed Rise Education Cayman Ltd. (NASDAQ: NAAS) is swapping its defunct English language education business for the red-hot electric vehicle (EV) sector through a merger with the EV charging business of NewLink, an internet of things (IoT) energy company also backed by Bain.

On June 10, the Rise name officially set on the Nasdaq, replaced by a newly rising NaaS Technology Inc. ("NaaS"), according to a company press release. That sparked a rally that saw the new company's shares soar to $3.82 from $1.43 earlier in the day. NaaS shares reached as high as $10.50 before settling back to $8.52 by the close on Tuesday.

The bridge between the two is Bain, which made a terrible bet on Rise Education but may be making a very good one on NewLink. Bain acquired 90 percent of Rise for $130 million in 2013 and was left with 60 percent after its Nasdaq IPO in 2017. Rise's annual revenue was $148.9 million at the time of the IPO, and had nearly doubled since 2015.

But by the time of the merger with NewLink, Rise's own revenue had evaporated to zero.

It wasn't Bain's or Rise's fault that things ended up so badly. Rise Education's revenues collapsed after China's Ministry of Education decided that the entire commercial tutoring business had to go, and decreed last July that any firm that wanted to continue in the sector had to register as a non-profit and cease teaching academic subjects.

One of the biggest former players in the space, New Oriental Education (NYSE: EDU; HKG: 9901) is now livestreaming bilingual sales courses. Rise disposed of the remnants of its education business but is now monetizing its empty Nasdaq shell through its reverse takeover with NewLink's EV charging business. That will leave it with skin in the game if the new entity does well.

Bain was also an early backer of NewLink, most recently leading a $200 million Series D financing round in March 2021. NewLink has raised $976 million in the past two years, including Series E funding in January 2022.

In the world's largest EV market, NewLink is China's biggest platform for EV charging services, using artificial intelligence (AI) and software as a service (SaaS) to connect charging station operators and drivers. Customers in China bought 3.4 million EVs in 2021, or 52 percent of the global total. The country has installed charging stations at warp speed to power that fleet, and was host to about 62 percent of global public charging stations in 2020 and the same share of global charging volume.

In need of overhaul

Despite its huge size, or perhaps because of it, China's EV charging station market is in need of its own overhaul. Some 80 percent of the market is public and dedicated charging stations, most of those owned by government entities and property developers.

Drivers have to download multiple apps to use different chargers, and face long queues and hunts to find stations. Says Wang: "Whether it is equipment manufacturers, operators, OEMs, car owners and users, all the participants have pain points. As a third-party service provider, NaaS is the connector of the industry, which can be used for charging station manufacturers, operators, end users and OEMs to provide a one-stop service."

Following the merger, Rise Education will hold a small stake in the company while NewLink will hold the majority. Bain will also be the beneficial owner of about 16 percent of the restructured company, which had a market value of $1.56 billion at the close of trade on Tuesday.

Rumblings emerged in February that NewLink was considering a public offering in Hong Kong, working with Morgan Stanley and China International Capital Corp., to potentially raise $300 million to $400 million. An IPO may still be in the cards, since the Rise merger only involves NewLink's EV charging assets, leaving at least six other businesses.

NewLink was founded in 2016 as an internet of things (IoT) company in the energy value chain. The company has become a key player in the auto service sector in China, using its Tuanyou and Kuaidian apps to help China's 400,000 drivers navigate the complex geography of chargers at gas stations and rapidly growing standalone EV infrastructure.

SEC filings for the merger break out only the revenue from NewLink's EV business, which stood at 321.8 million yuan in 2021 ($47.7 million). The company posted a net loss for the year of 252.3 million yuan. Outside the deal with Rise Education, NewLink has a network of 23,000 gas stations, 20 percent of China's total, in 1,700 cities and towns across the country.

While NaaS is the latest Chinese unicorn on the Nasdaq, based on its current valuation, nothing is certain in the current market except unpredictability. Like other US-listed Chinese companies, NaaS could face a future delisting risk for violation of the US Holding Foreign Companies Accountable Act, even though Rise Education was never formally included on the growing list of companies in danger of possible delisting by the SEC.

At the same time, the deal has echoes of the reverse takeover boom among Chinese companies seeking US listings in the late 2000s, which led to an investigation by the SEC after an expose by financial publication Barron's in 2010. By merging with Rise, NaaS gains a presence in New York without the high costs or annoyingly detailed disclosure of conducting an IPO in the world's deepest capital market.

The vehicle for the merger was a shell company registered in Hong Kong in 2019, Dada Auto, which is no relation to intracity delivery company Dada Nexus (NASDAQ: DADA).

Little is known about the co-founders of NewLink, former journalist Wang Yang and Dai Zhen, described as a literature and science major on websites with an EMBA from Dongbei University of Finance and Economics.

How the pair have become a magnet for private equity giants ranging from state-run powerhouses China Merchants Capital and CICC Capital, to corporates Xiaomi and Nio, to international venture funds like Bain Capital and Korea Investment Partners has yet to be revealed in the new company's limited disclosures so far.