There have been rumors recently that CATL may recognize a loss on its futures investment in its first-half earnings report, leading to very poor second-quarter results.

After a rally earlier this month, shares of Contemporary Amperex Technology Co Ltd (CATL, SHE: 300750) traded in Shenzhen are once again under pressure due to negative speculation.

Rumors have recently surfaced that CATL may report in its first-half results a loss of more than RMB 1 billion in futures investments incurred in the first quarter, leading to very poor second-quarter results.

The company said today on an investor exchange platform that the situation is not true.

"The company's hedging business is spot-based, and the floating gains and losses on the futures side are hedged by the corresponding spot, which has little impact on the company's results," CATL said.

The negative rumor about CATL has been circulating in Chinese investment circles since yesterday, a report by local media Yicai noted on Wednesday.

CATL is not new to the field of hedging, and its previous operations have all been profitable, judging by its historical financial reports, according to Yicai.

The company has previously responded to investors by saying that it does not operate for speculative purposes and that the opening of the relevant futures positions are covered by spots.

CATL's operation is hedging rather than speculation, and while it may have losses in the futures market, it has positive returns in the spot market, so there is no need to be overly concerned, Yicai said, citing a research report from Founder Securities.

In addition to the above rumor, CATL may not see a quick earnings fix in the second quarter due to declining gross margins brought on by rising raw materials, the report said, citing an unnamed institutional investor source.

CATL's shares fell 4.42 percent to RMB 439.66 at press time. The company fell 7 percent at one point yesterday, but closed the day recovering all its losses, up 0.22 percent. 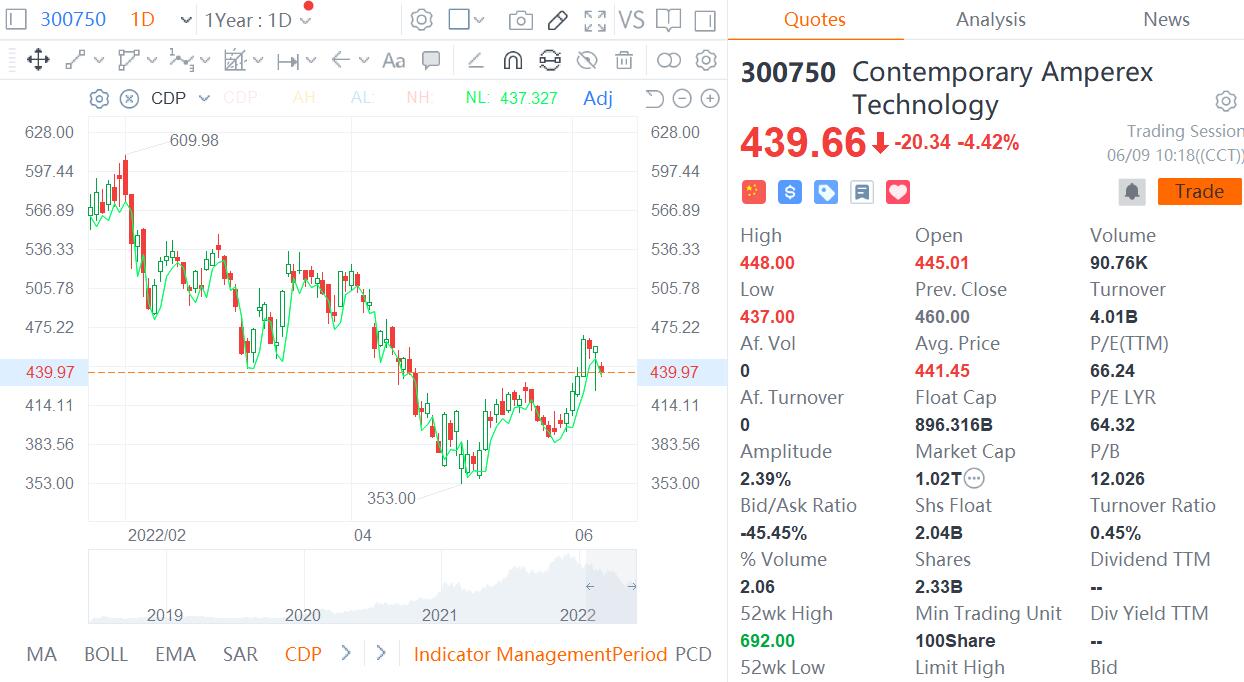