Eve Energy (SHE: 300014) plans to sign an agreement with the Yuxi High-Tech Industrial Development Zone in southwest China's Yunnan province to build a new power battery production base there, the Shenzhen-listed lithium battery supplier said in an announcement Tuesday.

The move is to seize opportunities in the power and energy storage battery market and further expand its production capacity, its announcement said.

This is the second capacity expansion plan Eve Energy has announced in the past month.

On April 27, the company said in an announcement that it plans to sign an agreement with Chengdu city in southwestern Sichuan province to build a 50 GWh per year power and energy storage battery production base, as well as a research institute there.

Based in Huizhou city, Guangdong province, Eve Energy's main business covers consumer and power batteries. Like other power battery manufacturers in China, it continues to expand its production capacity.

In November 2021, the company said it planned to build a 152.61 GWh per year power battery storage project in Jingmen, Hubei province.

Eve Energy is one of China's largest power battery makers, ranking seventh with a 2.15 percent share in China in April, according to data released earlier this month by the China Automotive Battery Innovation Alliance. 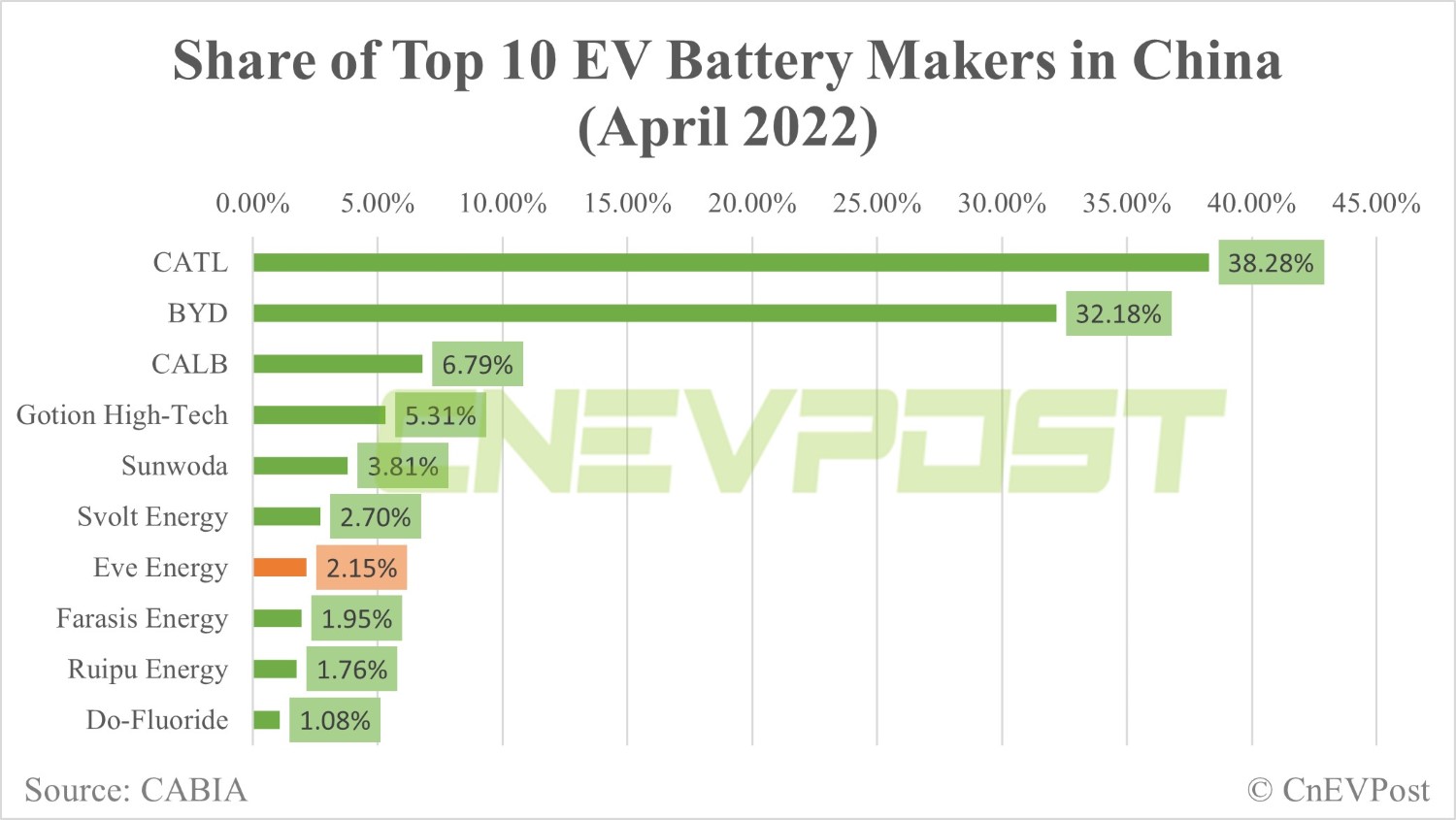