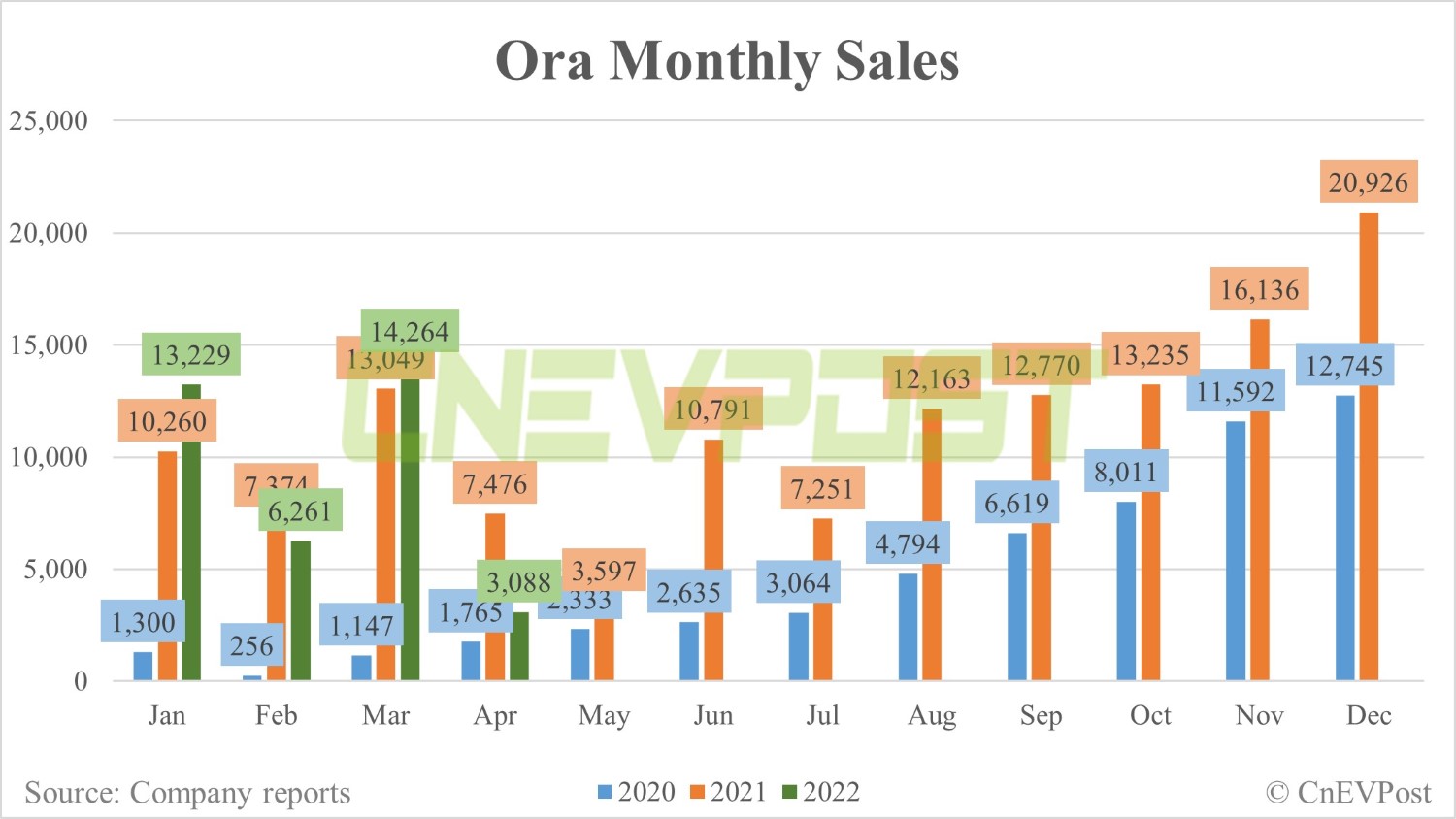 As the first month after its prices were raised, April sales declines were to be expected. Compounding the situation is the significant impact of the Covid outbreak on China's auto supply chain.

In April, China's auto sales are expected to be 1.171 million units, down 47.6 percent from March and 48.1 percent year-on-year, the China Association of Automobile Makers (CAAM) said on May 6.

That's a projection based on weekly data submitted by key companies, the CAAM said.

In the January-April period, China's auto sales were estimated at 7.68 million units, down 12.3 percent from a year earlier, it said.

The final version of the data from the CAAM on China's April auto sales is expected to be released this week.