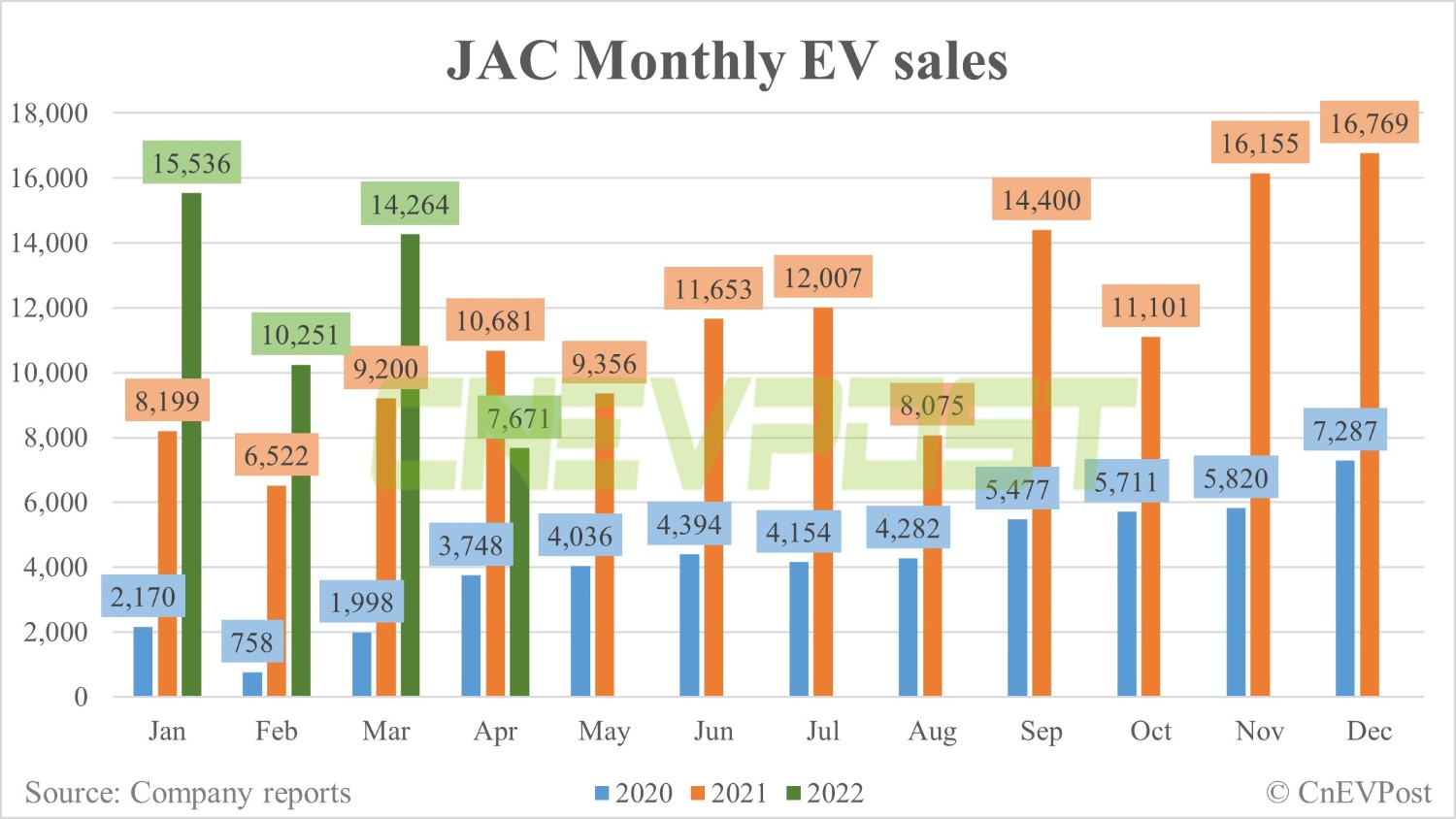 This means that JAC's own brand of electric vehicles sold about 2,597 units in April, down from 4,279 units in March.

On March 31 last year, Jianglai was officially established with a registered capital of RMB 500 million, 49 percent owned by NIO and 51 percent by JAC.