Electric vehicle (EV) stocks traded in Hong Kong fell in early trading Tuesday, as the market as a whole suffered a sell-off. 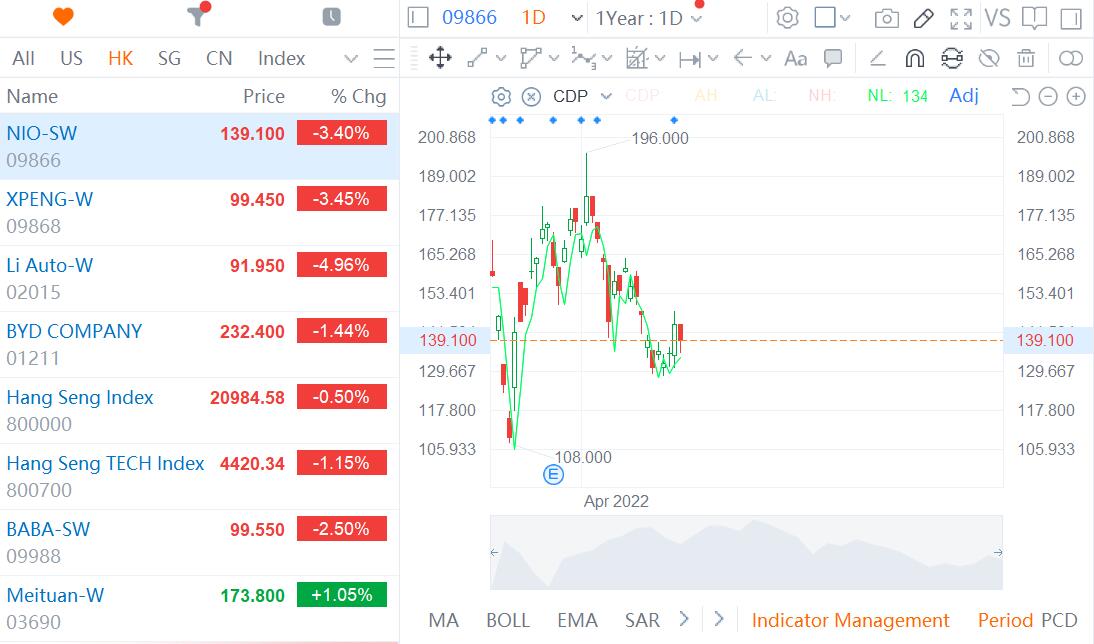 On Sunday, China's major EV makers released March data showing that deliveries fell across the board because of Covid.

But the performance seemed to be expected, as shares of NIO, XPeng and Li Auto, which are also traded in the US, rose Monday, up 4.79 percent, 3.17 percent and 4.01 percent, respectively.

These figures show that compared to March, XPeng performed the best, NIO followed and Li Auto performed the worst. This also puts the NIO back ahead of the Li Auto in deliveries for the first time since last September.

The team expects some spillover effects in May, which is associated with suppliers slowly returning to production, and June could be the first "normal" month, provided Covid conditions return to normal.

For NIO, there were some interesting developments to note over the Labor Day holiday.

A mule car suspected to be NIO's new ES8 was revealed, according to Weibo car blogger @肉肉爸比ev, who has posted accurate information about the EV maker's new products on several occasions, on May 1.

There are rumors that the model, codenamed Aries, could be an ES8 model based on NIO's NT 2.0 platform. In addition, NIO is planning several other models, including the EC7 and a hunting car version of the ET5, according to the blogger.

For XPeng and Li Auto, there was no news about them during the holidays, except for the delivery figures.

Deutsche Bank on China EV deliveries: April weak as expected due to Covid, expect May recovery