Deutsche Bank on China EV deliveries: April weak as expected due to Covid, expect May recovery

Edison Yu's team expects some spillover in May related to suppliers slowly returning to production, with June likely to be the first normal month. 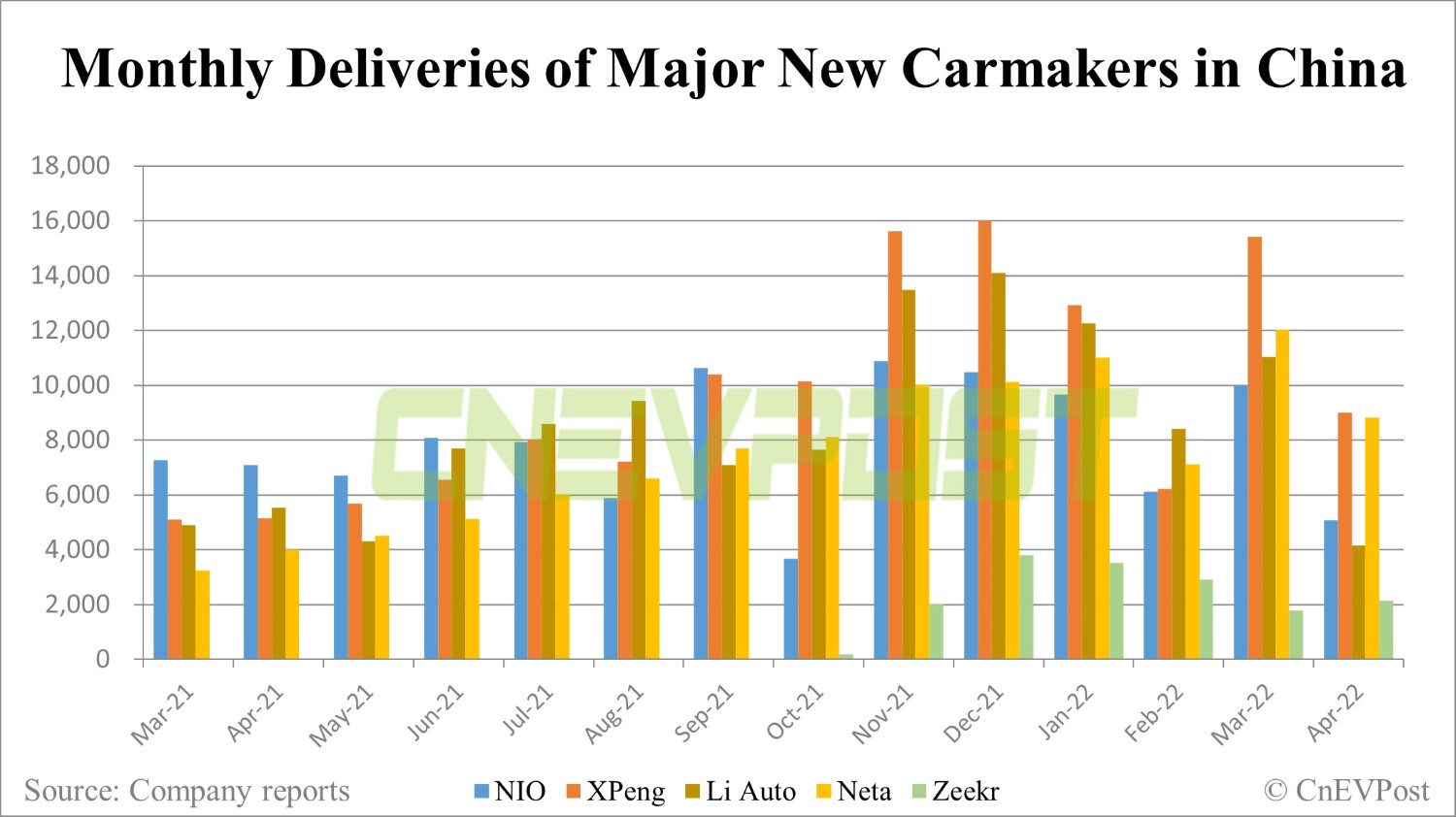 China's major electric vehicle (EV) makers released April delivery figures on Sunday, with Covid's impact on the supply chain causing deliveries to fall across the board from March as previously expected.

In April, Fab 5 China EV sales were weak as expected, seeing a large impact from Covid lockdowns, the team said.

The team expects some spillover effects in May related to suppliers slowly returning to production, while June could be the first "normal" month, assuming Covid conditions return to normal.

In April, XPeng took the top spot in terms of sales, while Li Auto was hurt the most by supply chain issues, the team noted.

NIO continues to ramp up sales of its newly launched flagship ET7 sedan, which the team still believes will be one of the most popular premium cars on the market this year.

Here's what Yu's team had to say about the Fab 5 EV maker's deliveries in April:

XPeng delivered 9,002 units (-42% MoM; +75% YoY), in-line with our forecast. We thought XPeng could deliver some upside to our expectations but our sense is the supply chain and logistics didn't recover fast enough in the last week. Flagship P7 sedan sales were much lower than anticipated while P5/G3 actually outperformed.

Zeekr was able to increase sales of its flagship 001 model sequentially (albeit off a low base), delivering 2,137 units, up from March's 1,795. Zeekr raised prices by up to 20,500 RMB on the 001 model yesterday. Zeekr indicated its orders exceeded 10,000 units in April.

In addition to deliveries being impacted by the Covid lockdowns, there were some notable developments in April.

Dozens of EV makers in China have raised prices or announced plans to do so in the past few months. In addition, the US and China appear to be moving toward a consensus on auditing issues, as the SEC's list of companies that could face delisting grows longer.

While higher raw material prices have led most automakers to raise prices, internal combustion engine vehicle prices are also rising or already elevated in many cases, Yu's team said, adding that they do not expect a significant negative impact on EV demand.

In addition, local policies still favor EV ownership, such as license plate quotas and driving restrictions. The government may introduce incentives to promote adoption in rural areas, the team noted.

Also, the delisting issue appears on track to get resolved, with US and Chinese regulators discussing ways to have a team of Public Company Accounting Oversight Board inspectors visit China to review audit procedures and access reports.

The central government is also reportedly ending its crackdown on large technology companies to boost the economy in light of the recent economic slowdown; this should help sentiment for ADRs, the team noted.