Despite the impact of the Covid outbreak on China's auto supply chain, BYD's sales rose across the board in April for all family models.

At a time when Covid is dealing a serious blow to the auto supply chain, BYD (OTCMKTS: BYDDY, HKG: 1211) maintained a rare growth in April, with all models seeing higher sales.

BYD sold 106,042 new energy vehicles (NEVs) in April, up 1 percent from March and up 313 percent from a year ago, according to the company's announcement today on the Hong Kong Stock Exchange.

The announcement did not provide a breakdown of BYD's individual models, but the data it posted on Weibo showed that sales of its models did not appear to be affected by Covid in April. 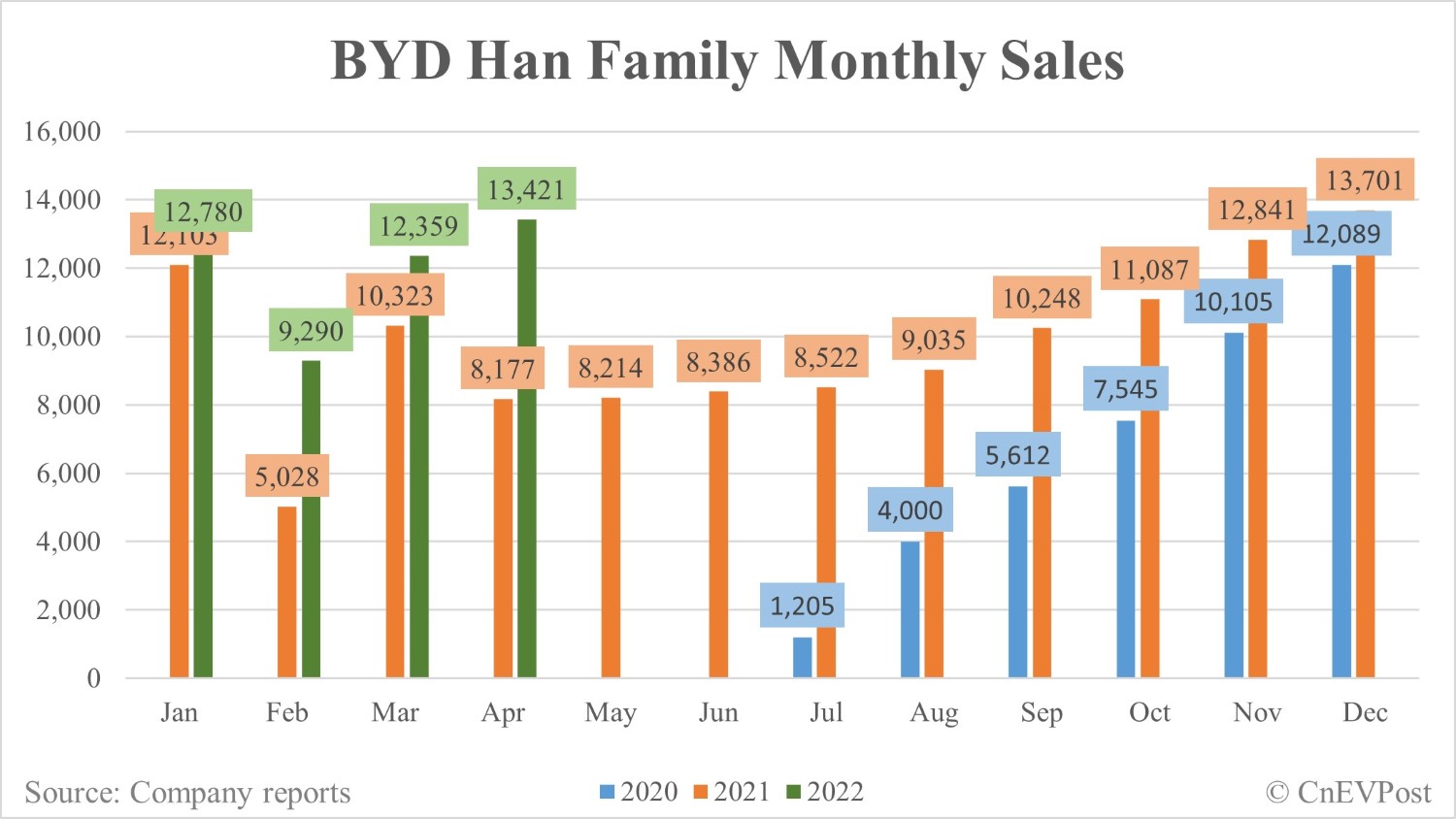 The BYD Han was originally launched in July 2020, when an all-electric version, the Han EV, and a plug-in hybrid, the Han DM, were offered. 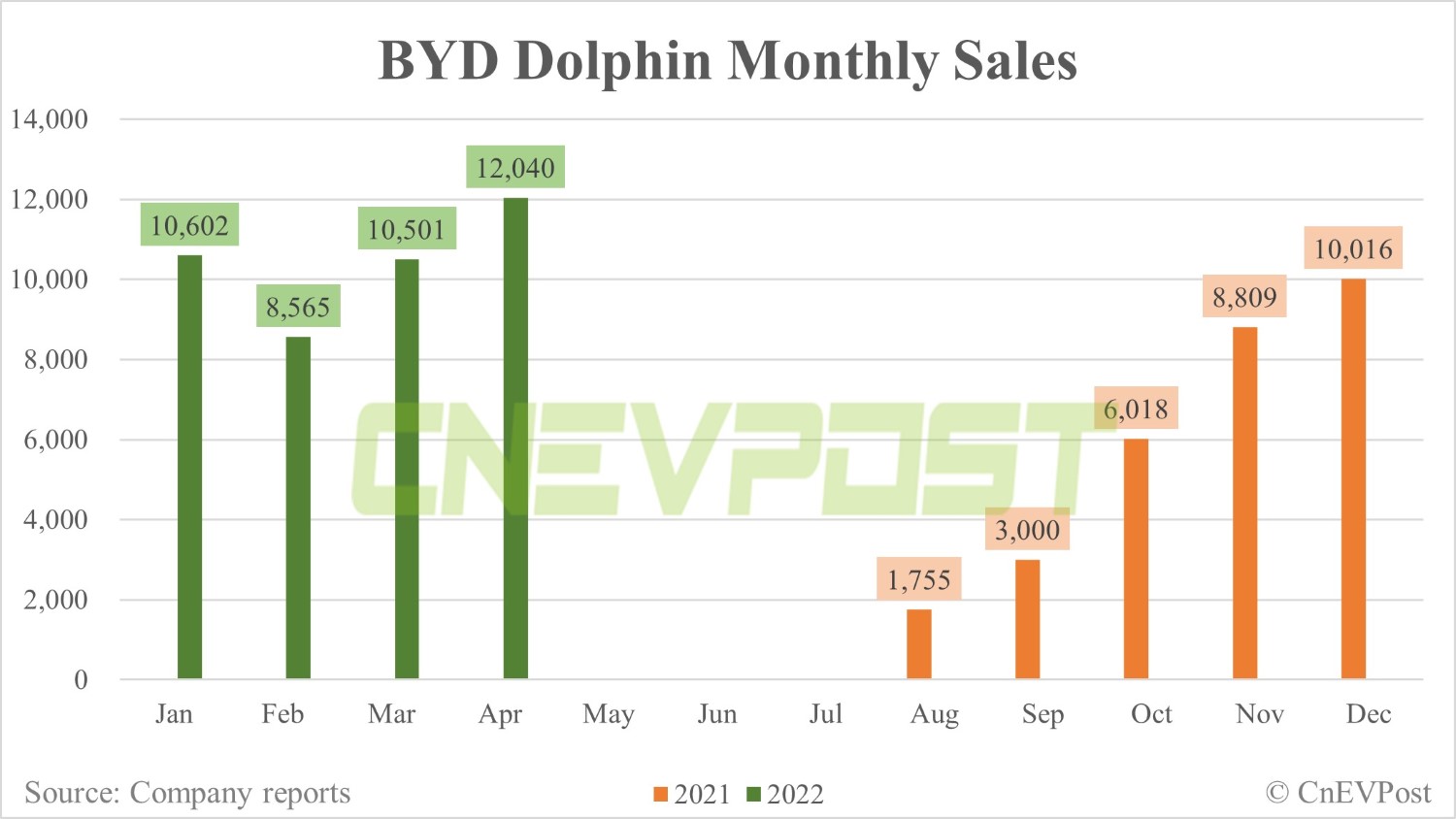 The Destroyer 05, the first sedan in BYD's Ocean series, which was officially launched on March 17, sold 2,040 units in April, up 38.2 percent from March, according to the company.

The BYD Tang family sold 10,131 units in April and has sold a cumulative total of more than 330,000 units since its launch. Sales of the Tang EV were up 263.7 percent year-on-year, BYD said.

The BYD Song family sold 25,108 units in April, with cumulative sales of more than 1.15 million units since its launch. Sales of the Song DM series were up 1,299.5 percent year-on-year.

The BYD Qin family sold 23,520 units in April, with cumulative sales of more than 600,000 units since its launch. Among them, sales of Qin Plus EV increased 401.4 percent year on year.