The ET5, set to begin deliveries in September, is being produced at NIO's second production facility in NeoPark, which marked the first anniversary of its construction on April 29. 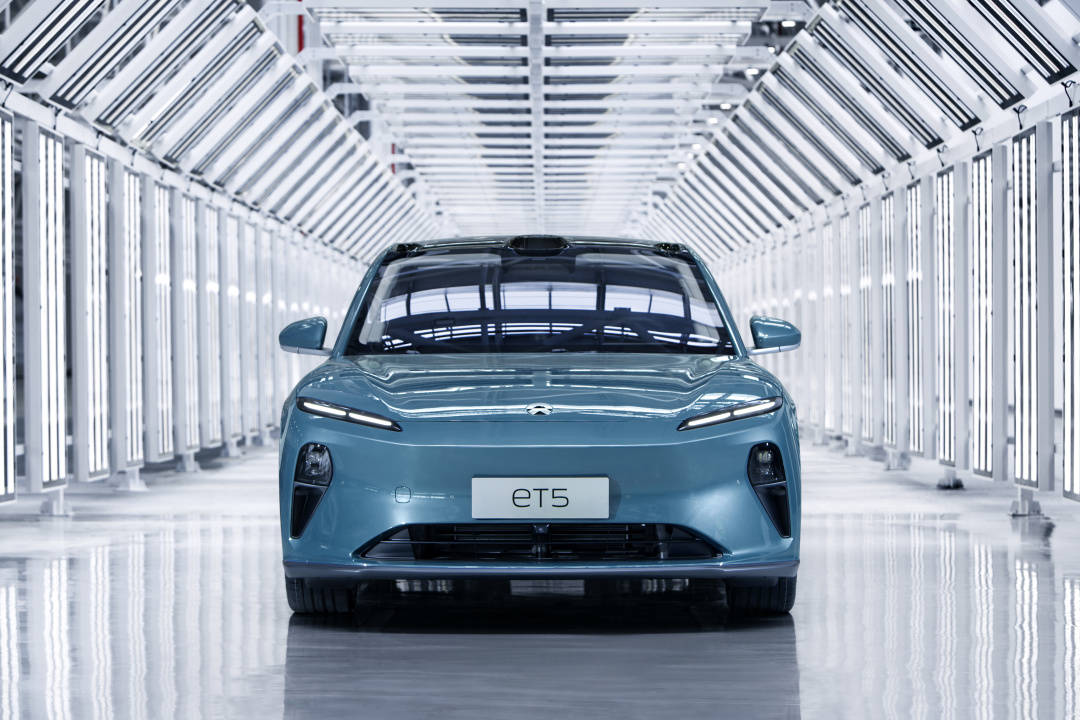 The ET5 is being produced at NIO's second production site at NeoPark in Hefei, Anhui province, which marked its first anniversary of the official kickoff of construction on April 29.

The ET5 is the first model to be produced at the site, and this latest development marks the completion of the site's production line ready for production validation, NIO said in a press release today. 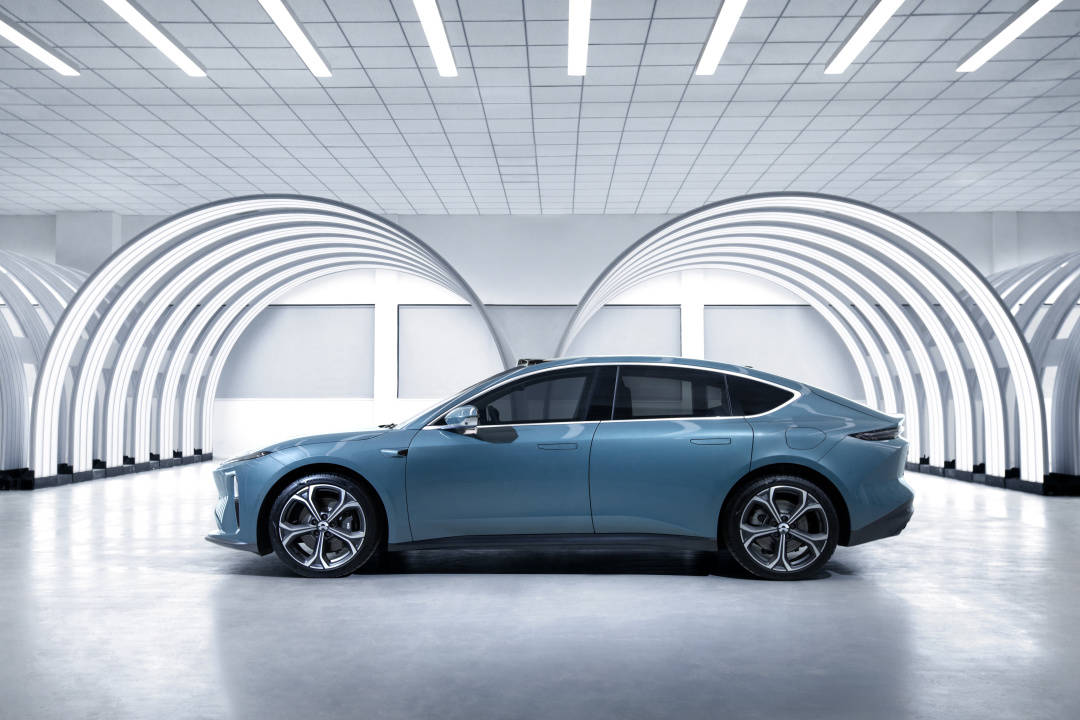 During the TT phase, the vehicle product and process maturity will be closer to the requirements for mass production, and more extreme testing will follow, according to the NIO app's Chinese announcement.

As the first mass-production model manufactured by NIO's second production base, the official rollout of ET5 TT builds also marks that the entire production base has achieved full production line penetration and officially entered the vehicle manufacturing verification phase, according to NIO. 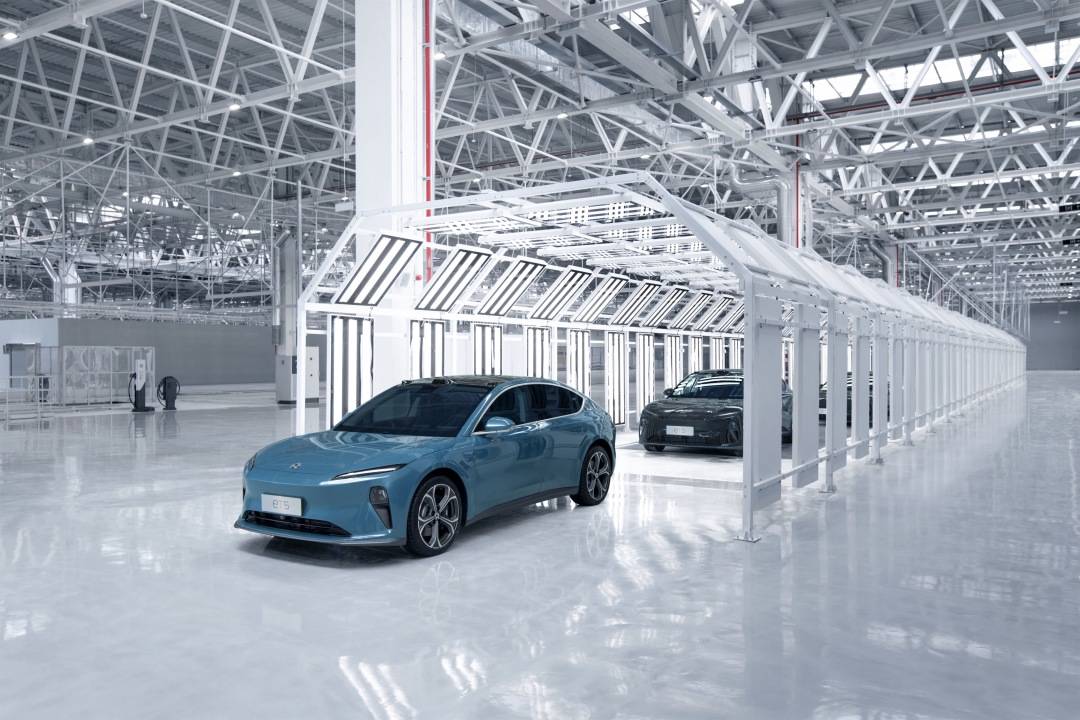 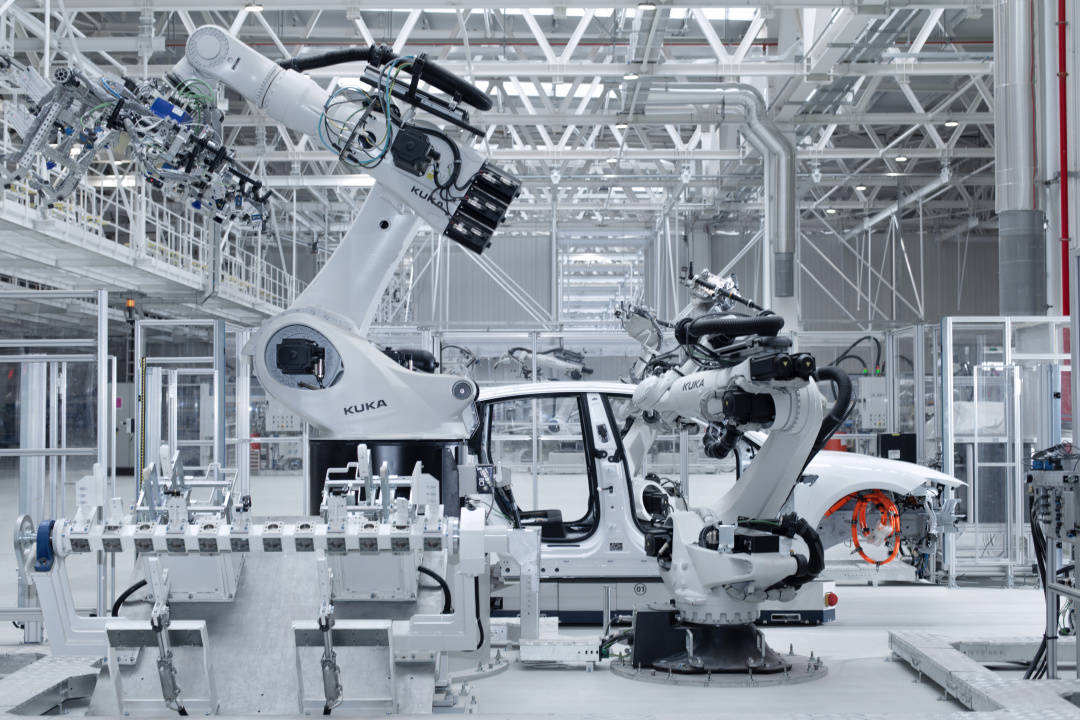 The second manufacturing base of NIO aims to be lean and efficient, smart and advanced, green and sustainable, and open with shared joy. It leads the industry in deep IT/OT integration, flexible process design and smart equipment, NIO said.

Adopting multiple cutting-edge technologies including smart AS/RS with RGV, assembly island with AGV, and end-to-end paperless manufacturing, it achieves efficient manufacturing while reducing carbon emissions at the same time, according to NIO.

On April 29, 2021, NIO's second manufacturing base started the construction. It only took one year from ground-breaking to the TT builds of a brand-new model rolling off the production line, marking an industry-leading speed, NIO said.

The second production base is expected to officially start mass production in the third quarter this year.

Aiming to establish a world-class smart electric vehicle industrial cluster, it is now introducing in many key part and component companies, according to NIO.

NIO unveiled the ET5, the second sedan after the company's flagship ET7 and the company's fifth production model, at the NIO Day 2021 event on December 18 last year.

The ET5 has the lowest starting price of all NIO models, starting at RMB 328,000 ($51,500) before subsidies if consumers purchase the model including the battery. If they choose the BaaS battery rental option, the pre-subsidy starting price will be at least RMB 70,000 lower.

It has the same level of power and intelligence as the ET7, and is set to replace the company's current best-selling ES6 SUV as the new hot seller after deliveries begin.

NIO began accepting reservations when the ET5 was announced and said the model will begin deliveries in September 2022.