Covid's impact on China's auto industry expected to continue into May and result in 20-40% production loss, CPCA says

Production, sales, and supply in China's auto industry have been significantly impacted by the Covid outbreak, with the impact expected to last at least into May, bringing a 20-40 percent loss in production, the China Passenger Car Association (CPCA) said in an article today.

That's partly because car companies in areas where Covid has broken out are shutting down production due to controls and parts shortages, and partly because highways are closed, leading to logistical shutdowns, the CPCA said.

These led to orders not being delivered on time, while car companies in areas without Covid outbreaks faced the risk of production shutdowns and production cuts because important parts suppliers, including Bosch, were unable to produce and ship, according to the article.

Automakers are in a very mature industry, and their manufacturing is based on precision planning and long-term optimization after the JIT (Just in time) production method, a model that is difficult to cope with the uncertainty caused by the outbreak in the past year, the CPCA said.

Data released by the CPCA showed that retail auto sales in China fell significantly in the first two weeks of April. The following is from the article:

In the first week of April, passenger vehicle wholesale sales averaged 24,000 units per day, down 39 percent year-on-year and down 45 percent relative to the average for the first week of March, a larger-than-expected decline. 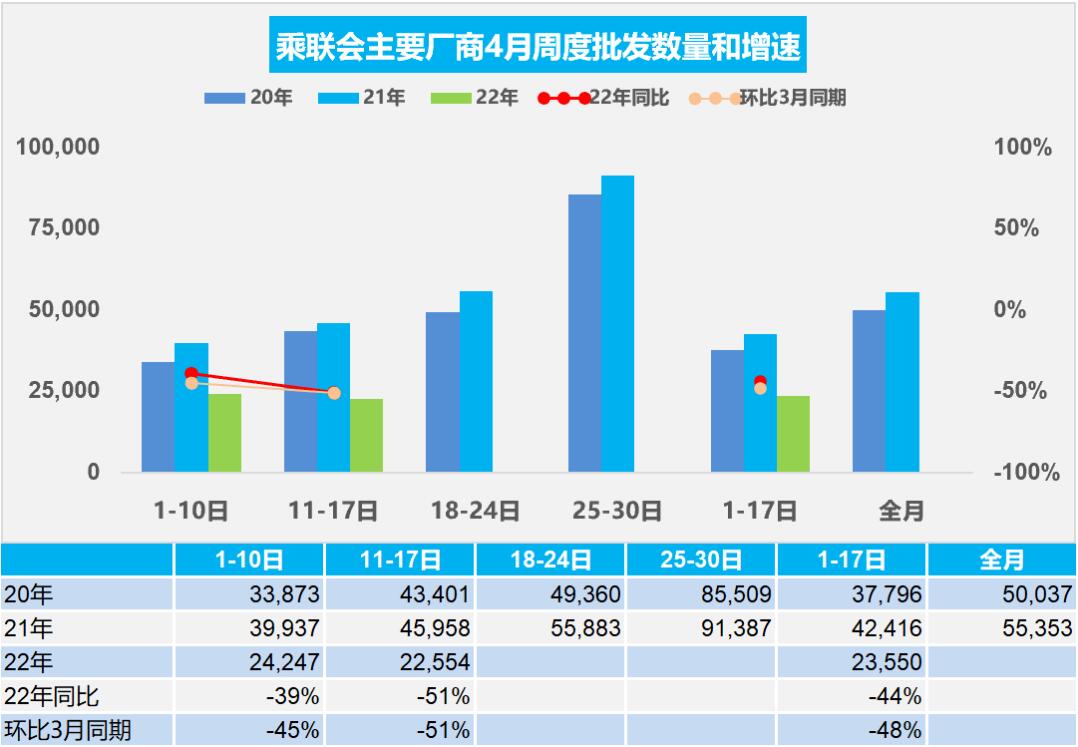 March-April is usually an important time of year for car companies to release new vehicles and boost sales. But this year's new product launches are facing an overall adjustment in pace, bringing some impact on dealer marketing in April and dampening the regular fuel car sales environment, the CPCA said.

Car companies currently rely on streaming media to maintain customer enthusiasm for their models, which is a boon to new energy vehicles (NEVs) that are convenient to purchase, according to the CPCA.

Due to the long auto industry chain, the impact of the shutdown of core parts production and logistics bases covers a wider range, and the pressure on China's car market in April could be great, the CPCA said, adding that the current production situation in the first two weeks is not optimistic.