This allows Mirattery to establish a direct financing channel in the Chinese interbank market, providing a boost to the further development of its BaaS service system, it said.

This is the first green battery asset ABN in China, and the proceeds will be used primarily for Mirattery's battery asset business, according to the company.

The issue size of the senior tranche, which will mature on May 20, 2024, is RMB 390 million, with a debt rating of AAAsf and an issue rate of 3.12 percent, according to the company.

For issuers of such assets, lower interest rates mean lower costs. Mirattery's cost on this ABN offering was 23 basis points higher than the 2.89 percent coupon rate on the senior ABN issued by NIO's finance and leasing subsidiary early last month.

For reference, the benchmark one-year loan prime rate (LPR) in China in March was 3.7 percent. 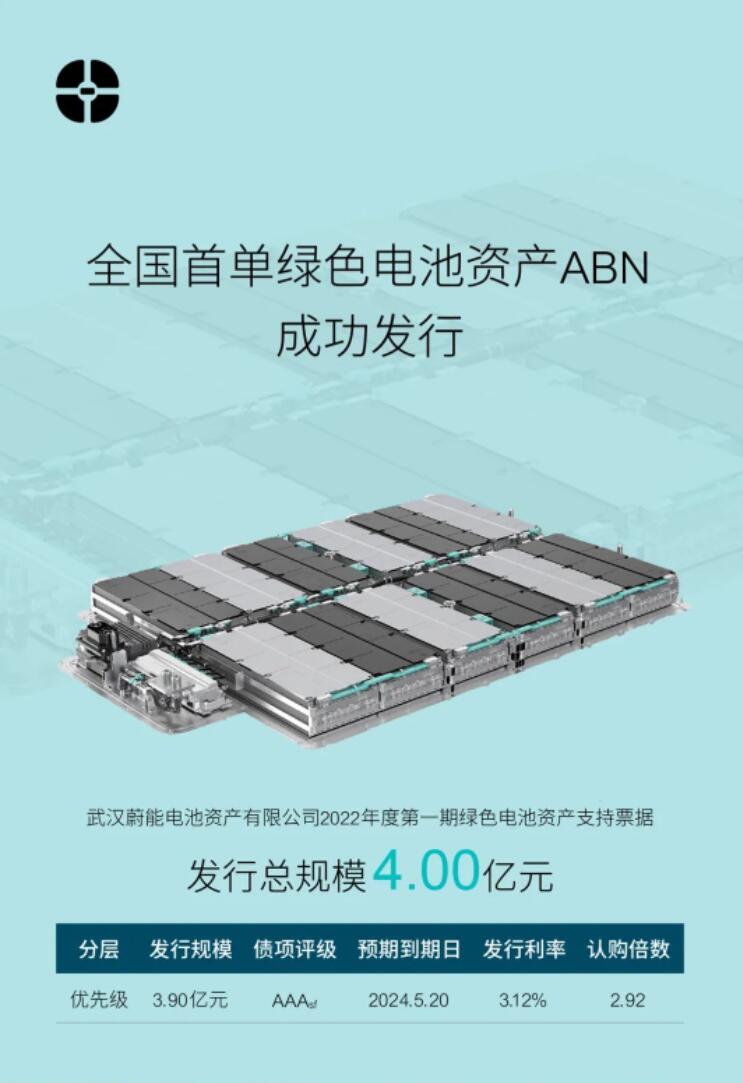 Mirattery was established on August 18, 2020, with a registered capital of RMB 800 million, with joint investment from CATL, NIO, Guotai Junan and Hubei Science Technology Investment.

In August 2020, NIO launched its BaaS battery leasing business and Mirattery is the manager of the battery assets.

The BaaS business allows users to purchase an NIO vehicle without buying the battery, thereby reducing the cost of the vehicle at the time of purchase by at least RMB 70,000. But instead of the owner owning the battery, Mirattery will hold the ownership to the battery.

On December 15 last year, Mirattery said it had more than 4 GWh of battery assets under management, 100 times the 0.04 GWh it had in September 2020, the company's second month of existence.

In the press release announcing the ABN offering today, Mirattery said it has more than 6 GWh of battery assets under management.

Mirattery continues to diversify its capital market operations as it successfully explores debt financing sources, including ABNs, the company said.

It is also the first ABS for carbon-neutral projects in China, with a total size of RMB 1.03 billion and a maturity date of 2023.