XPeng CEO on supply chain shock: All automakers in China could be forced to halt production in May

If suppliers in Shanghai and neighboring cities can't find a way to dynamically resume production, then probably all automakers in China will have to halt production by May, said He Xiaopeng. 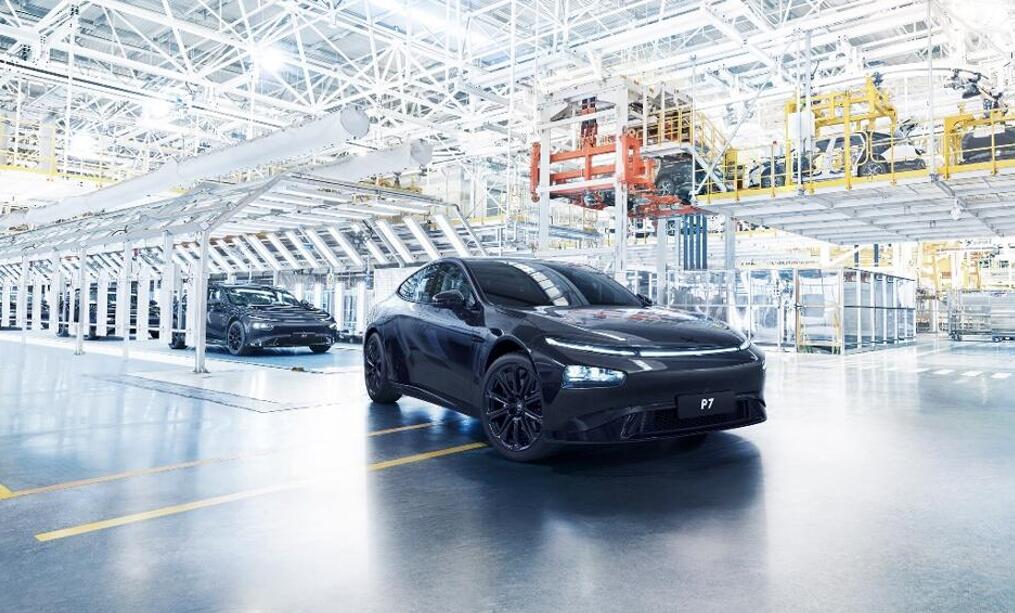 Supply chain disruptions caused by China's new Covid pandemic outbreak have already led to a temporary shutdown of production at NIO (NYSE: NIO, HKG: 9866). Now the man at the helm of XPeng Motors (NYSE: XPEV, HKG: 9868) is warning of similar risks across the auto industry.

If companies in the auto supply chain in Shanghai and neighboring cities can't find a way to dynamically resume production, then by May probably all of China's automakers will have to shut down production, according to XPeng Chairman and CEO He Xiaopeng.

He shared these thoughts in his WeChat status today. A few days ago, NIO just announced a temporary production shutdown after Covid caused several of its suppliers to stop production.

However, He also noted that Chinese authorities are doing their best to coordinate. "Expect more government and regulatory authorities' support and joint efforts," he said. 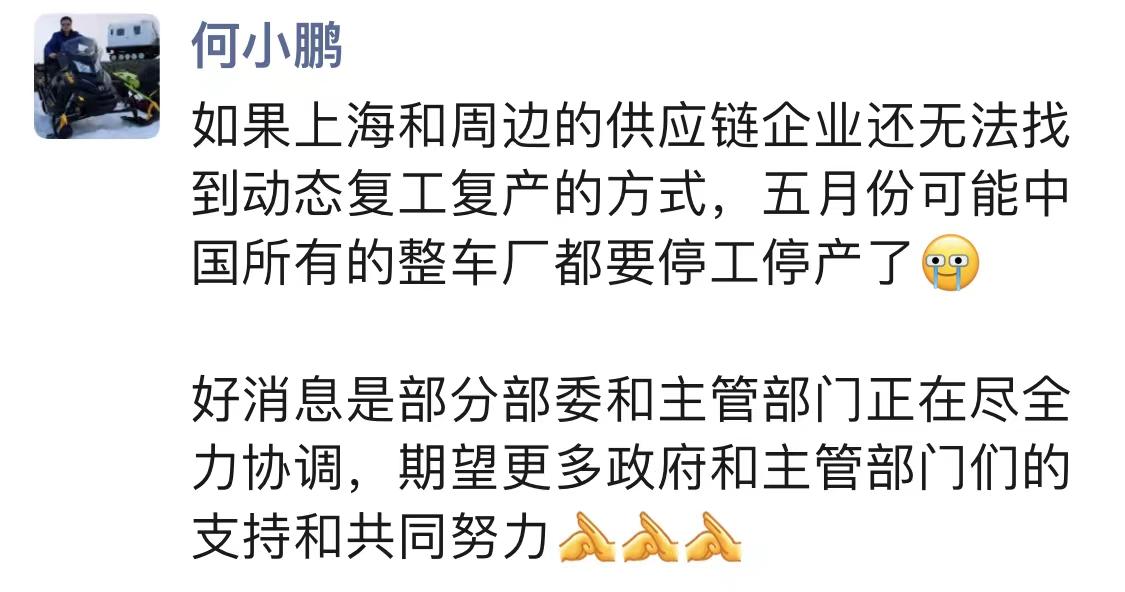 NIO said on April 9 that since March, its supply chain partners in Jilin, Shanghai, Jiangsu and many other locations have shut down production because of the Covid outbreak, forcing the company to stop production as well.

William Li, founder, chairman and CEO of NIO, said that due to the impact of the Covid epidemic in Changchun and Hebei, NIO had some parts out of supply in mid-March and relied on some parts inventory to barely keep production until the beginning of the month.

Notably, Nomura analyst Martin Heung, citing his conversations with NIO management in a recent research note, said the suspension was limited to weekends and that the company's production lines were still running on weekdays, albeit on a limited scale.

Earlier today, the Economic Observer quoted an unnamed NIO insider as saying that the supply chain has recovered slightly and production is gradually resuming at the Hefei production site.

"As for future production plans, it depends on how the supply chain recovers," the person said.

Judging from the comments of XPeng's CEO, he is worried about the supply of parts in Shanghai and the surrounding cities.

Shanghai's neighboring provinces of Jiangsu, Zhejiang and Anhui are the key areas for core auto parts supply, and the Covid outbreak will have a big impact on the auto industry, the Securities Times quoted Cui Dongshu, secretary-general of the China Passenger Car Association (CPCA) as saying on April 11.

The direct loss of China's auto production from the Covid pandemic is about 20 percent of total production, The Paper previously quoted Cui as saying, adding that the situation still faces great uncertainty in the future.