China's auto industry is facing higher costs and a lack of consumer momentum, but production and sales of NEVs have continued their rapid growth, the CAAM said. 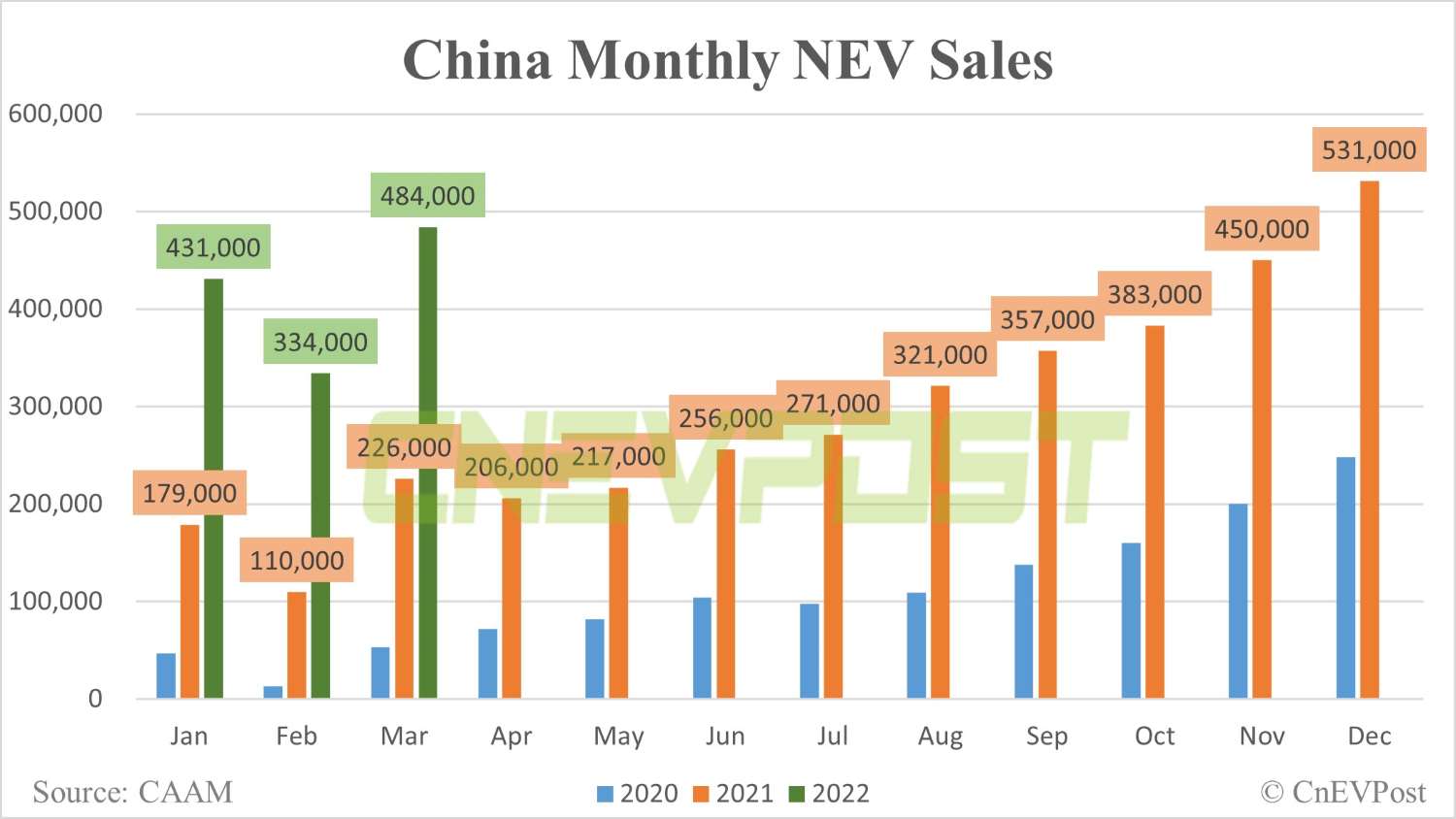 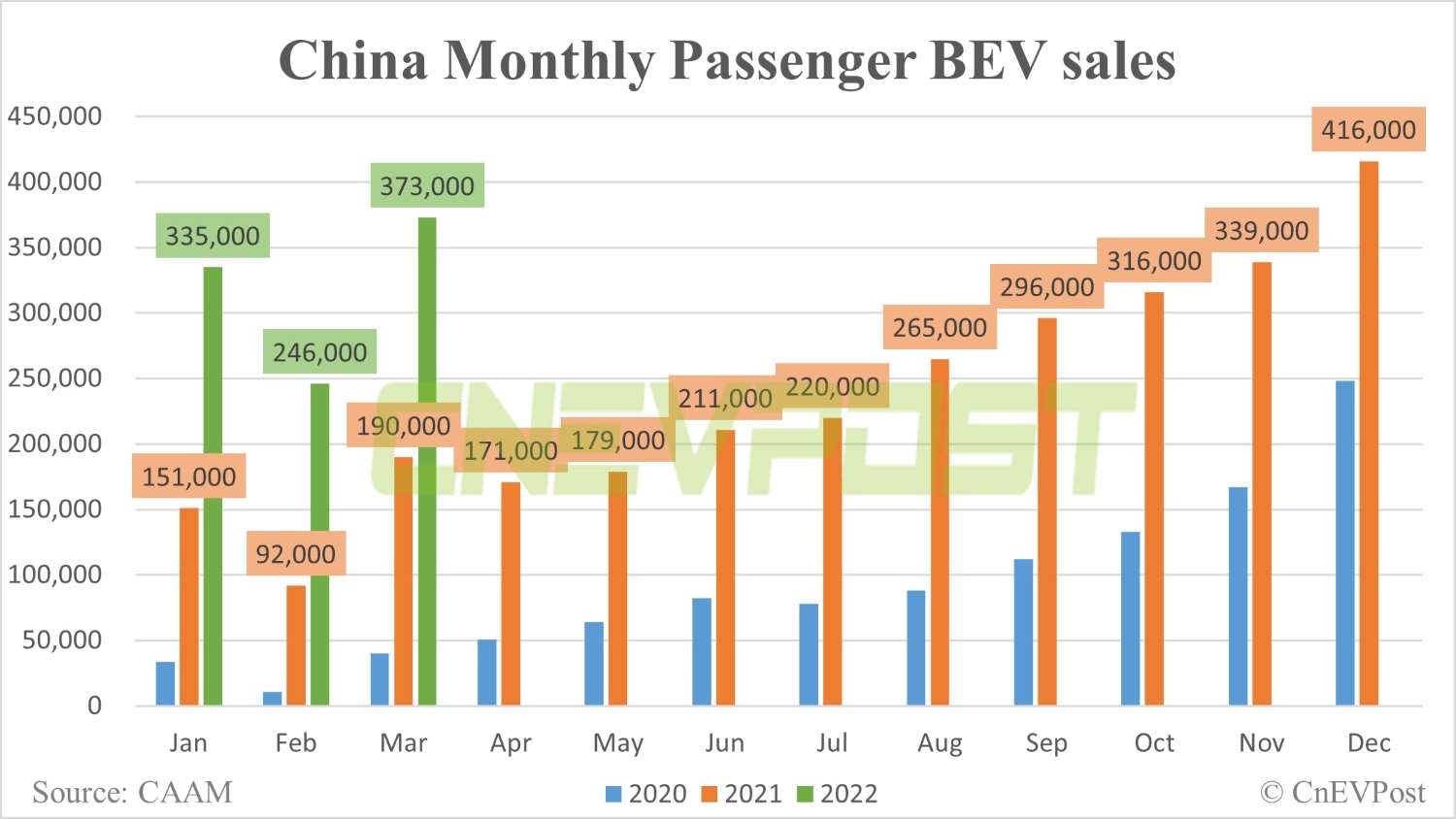 It is worth noting that the CAAM does not specify, but as long as the cars produced by the car companies are sold to dealers, they can be counted as sales, so the figure is the wholesale volume.

Sales of all vehicles in China were 2.234 million in March, down 11.7 percent year-on-year and up 28.4 percent from February, the data showed.

Of the total, passenger car sales were 1.864 million units, down 0.6 percent from a year earlier and up 25.1 percent from February.

Under the impact of the Covid pandemic, market players are facing significantly more difficulties and new downward pressure is further increasing, the CAAM report said.

The chip shortage faced by the automotive industry has not been significantly eased, while the rapid rise in raw material prices for power batteries has further raised production costs, according to the report.

The consumption momentum in the auto market is also clearly lacking, with a certain degree of decline compared to the same period last year, the report said.

It is worth noting that the production and sales of NEVs continued the momentum of rapid growth, with a market share of 19.3 percent and a further prominent role in strategic leadership, the CAAM said.