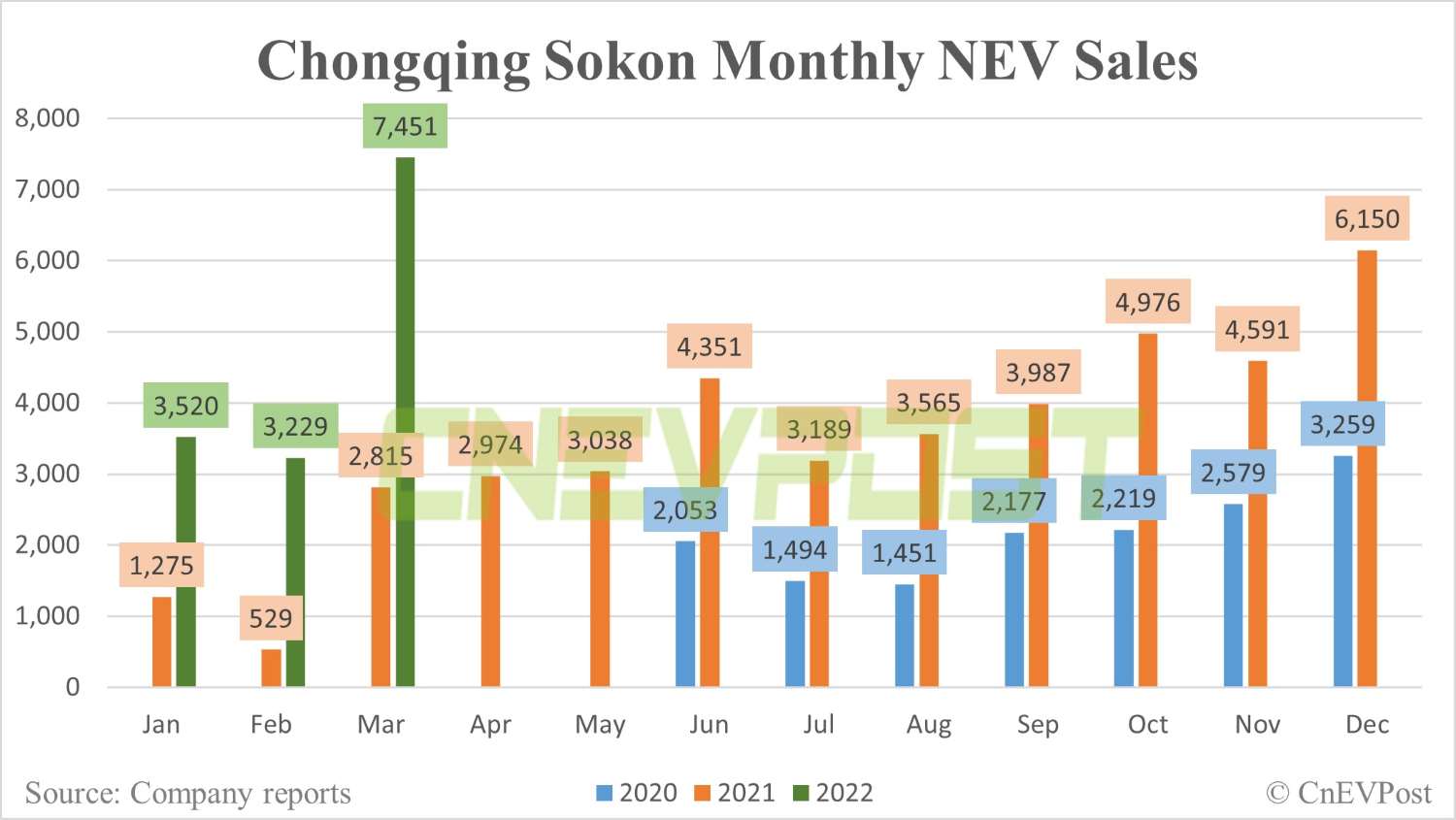 Sokon sold 24,014 units of all vehicles in March, down 16 percent from a year earlier.

The company is in the spotlight because Huawei announced on April 20, 2021 that it would officially start selling cars, with the Seres SF5 from Sokon's brand Seres being the first model to enter its channel.

Seres announced on December 2 last year that it was launching a premium smart car brand with Huawei called AITO, which stands for "Adding Intelligence to Auto.