Svolt Energy and BASF Shanshan will each take a 10 percent stake in Yongshan Lithium. 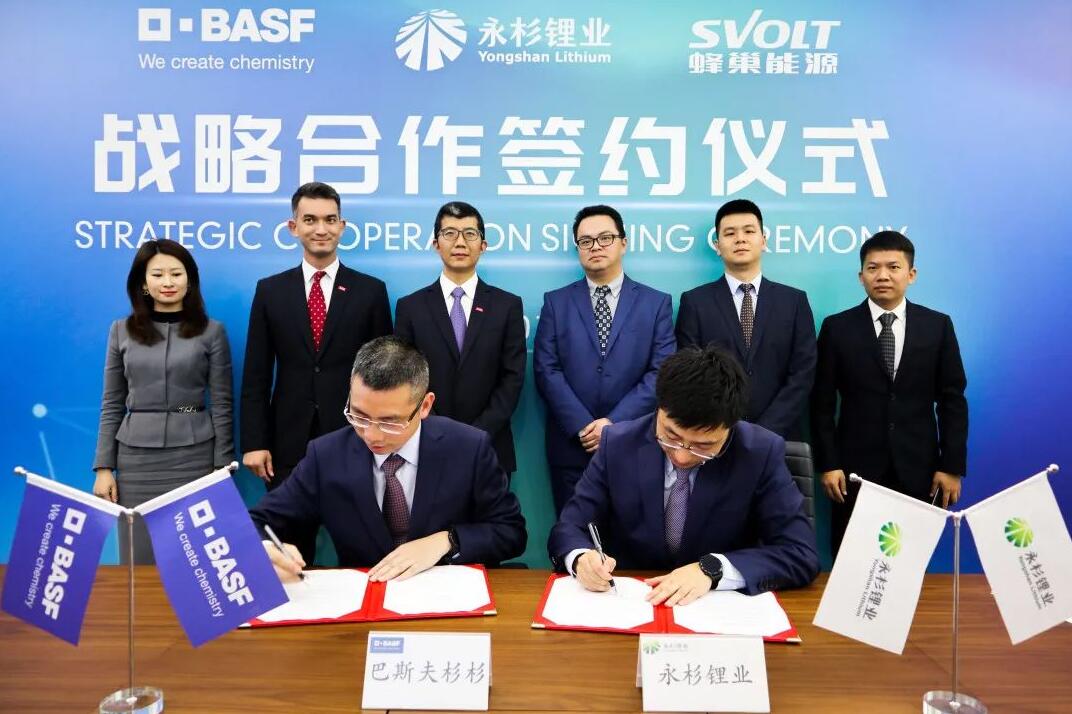 Svolt Energy and BASF Shanshan signed a deal with Hunan Yongshan Lithium on March 30 to each take a 10 percent stake in Yongshan, according to a statement released by Svolt Energy on Wednesday.

The three parties will enter into a strategic partnership in industrial capital, lithium product supply and lithium resources, according to the statement.

With the rapid growth of the electric vehicle industry, the prices of raw materials, including lithium and nickel, have risen significantly in recent years. For battery suppliers, including Svolt Energy, successfully locking in raw material supplies is key to staying competitive.

At the end of December last year, Svolt Energy said it was aiming to get battery capacity to 600 GWh by 2025, almost double its previous target of 320 GWh.

"In the face of the new cycle, Chinese companies must continue to stay ahead of the curve, with continuous innovation in technology and rapid ramp-up in production capacity," said Yang Hongxin, chairman and CEO of Svolt Energy.