BYD will equip some of its NEVs with the Nvidia DRIVE Hyperion platform from the first half of 2023 to enable smart driving and smart parking of vehicles. 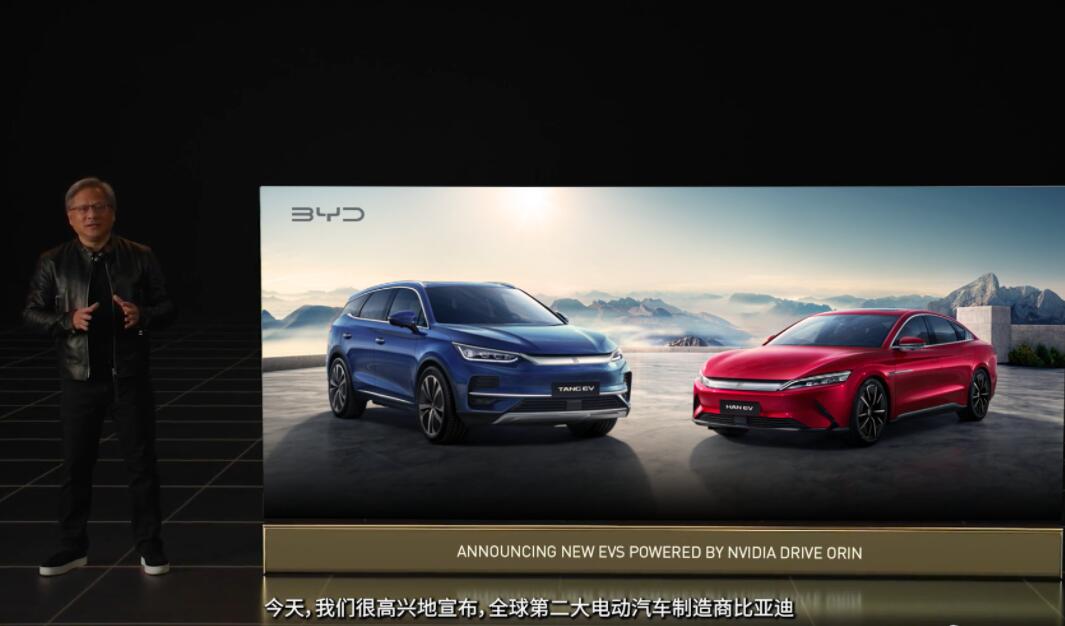 BYD today announced a partnership with US chipmaker Nvidia on smart driving technology, which will enable smart driving and smart parking on some of its new energy vehicles (NEVs) starting in the first half of 2023.

The Nvidia DRIVE Orin is one of the highest-performance automotive chips in the world, with up to 254 TOPS of computing power in a single chip for safe and reliable smart driving. NIO's flagship sedan ET7, due for delivery on March 28, is equipped with four of the chips.

"Through the power of AI and the Nvidia DRIVE platform, BYD will deliver software-defined EV fleets that are not only safe and reliable but also improve over time," said Rishi Dhall, Vice President of Automotive, Nvidia.

The partnership with Nvidia is BYD's latest effort to enhance the smart driving capabilities of its vehicles.

On December 27 last year, BYD announced it had formed a joint venture with autonomous driving unicorn Momenta, kicking off a long-term partnership between the two companies to develop high-level intelligent driving technology.

Baidu's smart driving team is already working with BYD on the development and will soon realize the mass production of the models built in cooperation, according to the report.