XPeng confirms imminent price hikes of up to $3,140 due to rising raw material prices

XPeng has announced that it will increase the pre-subsidized price of its current models by RMB 10,100 to RMB 20,000 ($3,140) due to continued significant increases in raw material prices. 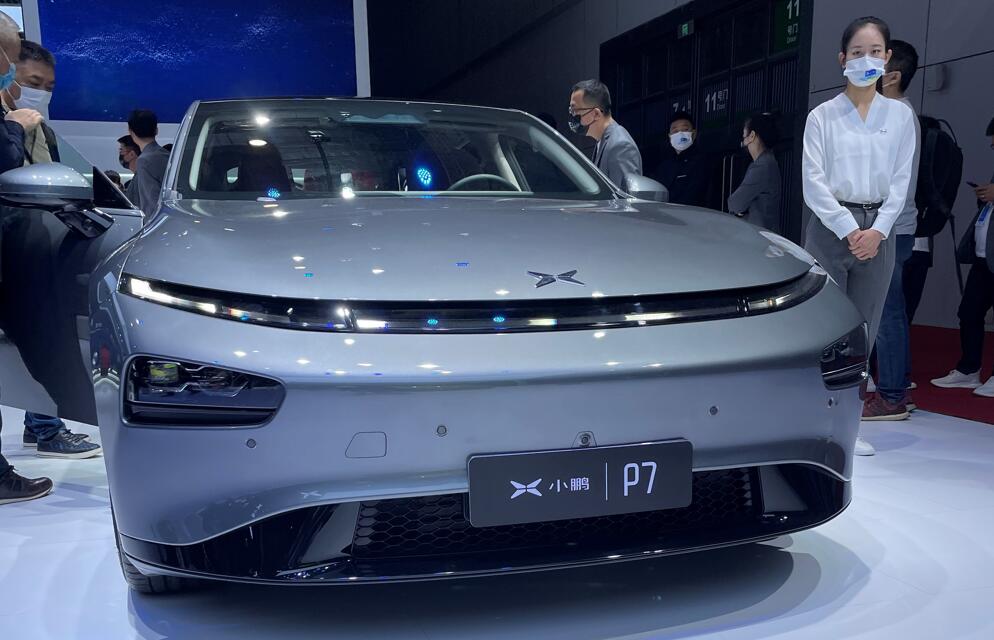 XPeng announced that it will increase the pre-subsidized price of its current models by RMB 10,100 to RMB 20,000 ($3,140), and consumers need to consult the company's experience centers for the latest pricing on specific models.

The move is due to the continued sharp increase in upstream raw material prices, XPeng said in a statement.

The adjustment will take effect at 0:00 on March 21, and customers who have paid a deposit before then will not be affected. This means that consumers have two more days this weekend to place orders before the price increases.

On Thursday, local tech outlet Mydrivers reported that XPeng's entire lineup of models will increase in price on March 21, with the flagship P7 sedan going up by RMB 20,000 and the P5 sedan and G3i SUV both going up by RMB 10,000.

The company has asked salespeople to make every effort to sell to potential consumers, but only to communicate the information over the phone and not to use text or post the information on social media, according to the report.

XPeng is ramping up its recent sales efforts to get more orders before the price hike, the report said, citing two salespeople.

"Our store manager has asked that those currently resting at home try to work at the store. They can also call from home and make a minimum of 80 calls a day," the report quoted the sales as saying.

With China reducing subsidies for new energy vehicle (NEV) purchases by 30 percent this year compared to 2021, as well as rising raw material prices, several car companies have already raised prices at the beginning of the year.

In addition to the price adjustment, XPeng is also reportedly eliminating the free charging benefits offered to consumers.

XPeng began offering consumers the benefit of 3,000 kWh of free charging per year for new purchases on September 1, 2020. On August 1 of last year, XPeng reduced the 3,000 kWh per year free credit to 1,000 kWh.

However, the 1,000 kWh of free charging that consumers can currently receive will be canceled at the end of this month, automotive media outlet Auto Time said yesterday, citing XPeng salespeople.

In the statement today, XPeng did not mention whether that free charging credit would be canceled. 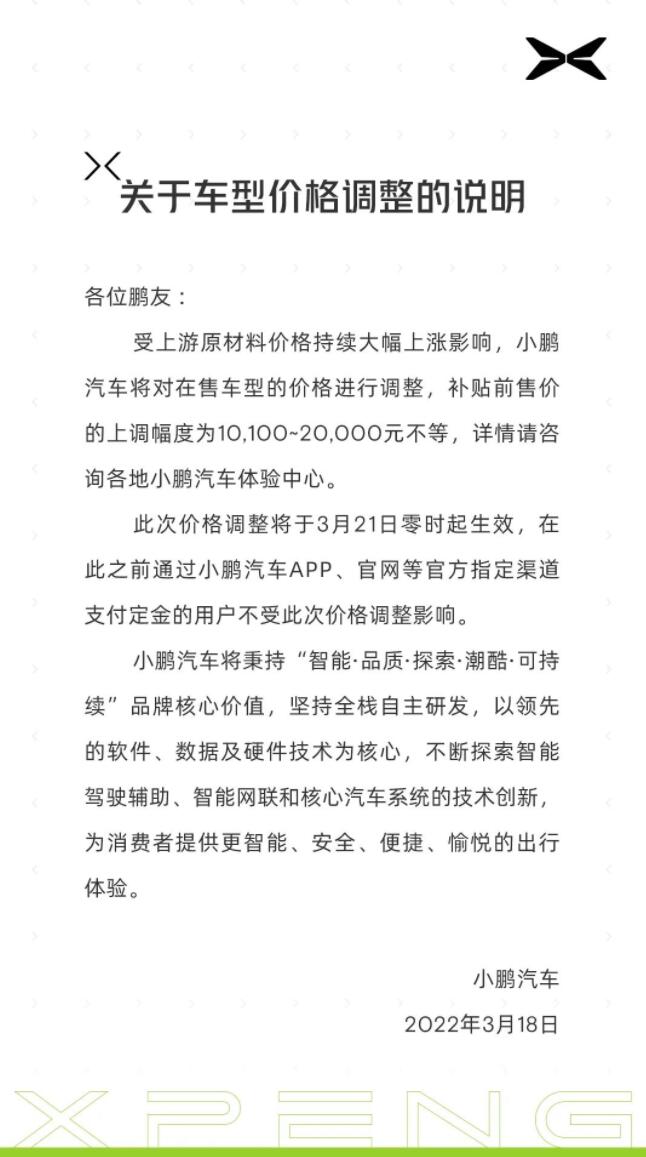