CALB's first filing did not mention the amount it plans to raise, but media reports previously suggested its IPO could raise up to $1.5 billion.

CALB, one of China's largest suppliers of batteries for electric vehicles, has filed for a Hong Kong listing to support further expansion of its businesses.

CALB filed the first version of its Hong Kong IPO documents with the Hong Kong Stock Exchange on March 11, which indicated that its sponsor is Huatai International.

The filing did not mention the number of shares the company plans to offer or the amount of money it plans to raise, but media reports last week said CALB's IPO could raise as much as $1.5 billion and is expected to be the largest IPO in Hong Kong so far this year.

China's largest battery maker CATL's power battery installation in China for the full year 2021 is 80.51 GWh, occupying a 52.1 percent market share, according to the data. 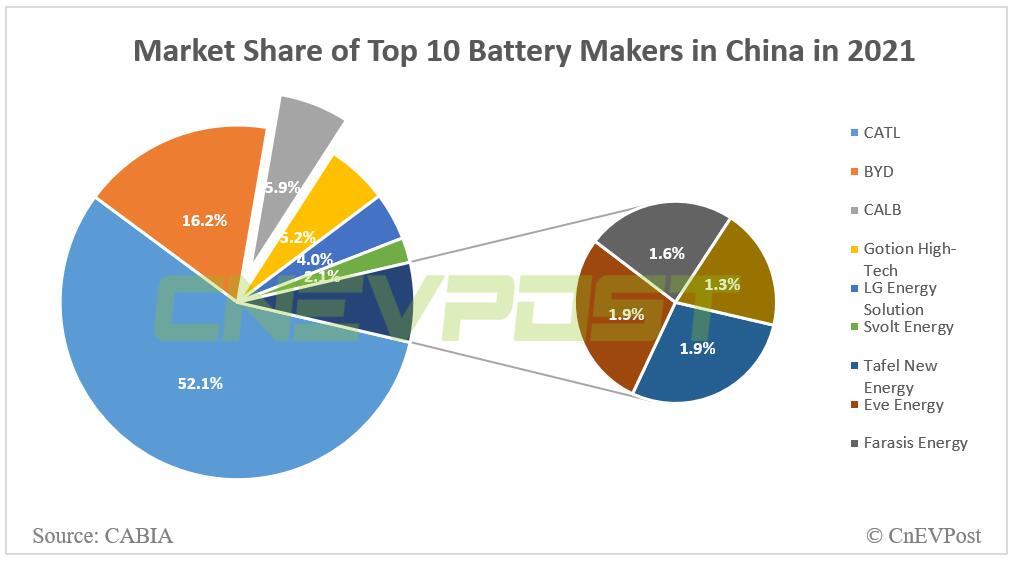 CALB is currently a supplier to car companies including GAC, Changan Automobile, GAC Toyota, GAC Honda, SAIC-GM-Wuling and Geely, and has become the largest supplier to GAC and Changan.

The company said in its filing that it will expand its existing manufacturing base with several additional production lines and expects to expand its effective capacity to about 25 GWh and about 55 GWh in 2022 and 2023, respectively.

According to a report by tech media outlet 36kr late last year, XPeng Motors (NYSE: XPEV, HKG: 9868) plans to bring in CALB as its new main battery supplier, which would cut into CATL's supply share.

Cailian later quoted XPeng sources as suggesting that the report was true, saying that the supply chain of components needed for vehicle production needed to be continually refined to better ensure supply and yield, and to more accurately predict delivery cycles.