Ora stopped taking orders for its lower-priced Black Cat and White Cat models in mid-February, saying they were causing losses for the company. 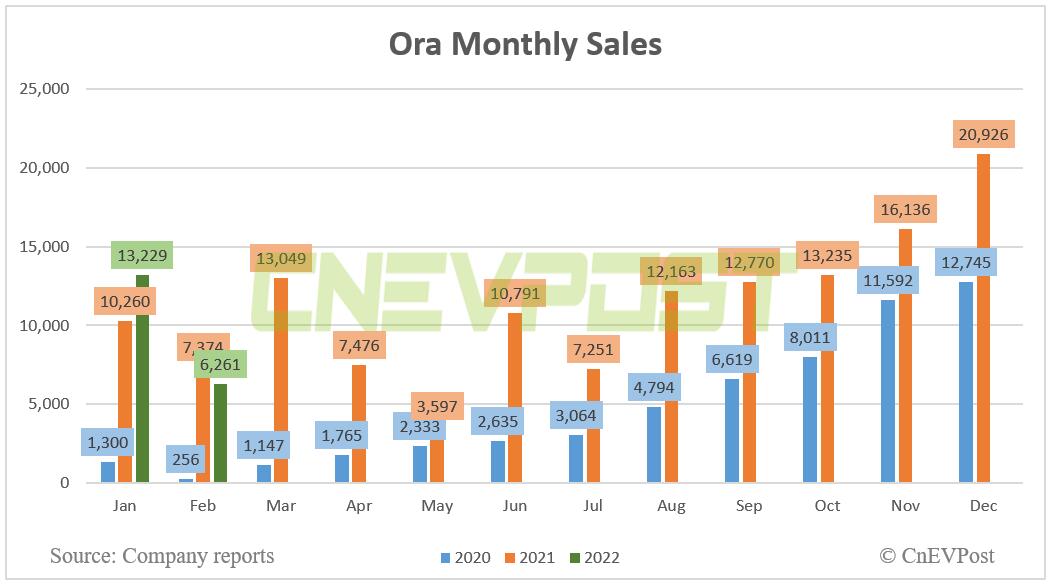 Ora's production in February was 6,120 units, down 24 percent from 8,062 units in the same month last year, the announcement showed.

The apparent drop in sales in February was mainly due to a shortage of supplies of Bosch-made electronic stability program (ESP), Great Wall Motor's announcement said.

Bosch is the exclusive supplier of ESP for Great Wall Motor's main models, the company said, adding that it is actively pushing Bosch Group headquarters and chip suppliers to work together to develop a production ramp-up program in an effort to quickly resolve the parts supply issue.

Back at the Ora brand, reductions in China's purchase subsidies for new energy vehicles (NEVs) this year have put huge pressure on its lower-priced models to lose money.

Ora issued a notice to dealers on February 14 about stopping orders for its Black Cat and White Cat models, which sparked questions from users about the discontinuation of these two models.

Late last month, Ora CEO Dong Yudong said that although Ora has an advantage in the supply chain, the two models of White Cat and Black Cat still bring huge losses to the company.

Dong said that in the case of the Black Cat, for example, the company lost more than RMB 10,000 for each unit sold in the model after raw material prices rose sharply in 2022.

Ora had no choice but to stop taking orders for the two models, which, with cumulative sales of 173,000 units since their launch, have become the stars of the small electric vehicle market, he said.