This was down 37.3 percent from 72,236 units in January and accounted for 14 percent of the group's sales of all models in February. 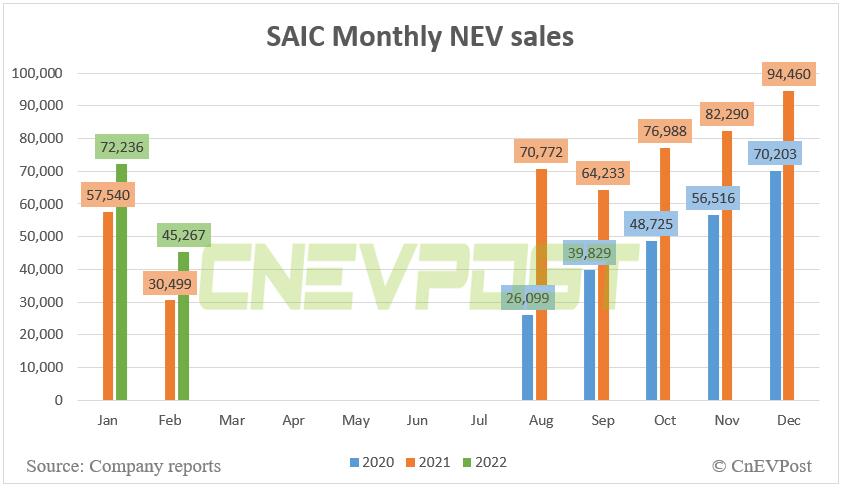 SAIC sold 72,236 NEVs in January, meaning sales in February were down 37.3 percent from the previous month.

The company first released its NEV sales data in August 2021, so data from March through July of last year is not currently available.

SAIC sold 321,966 units of all vehicles in February, up 30.6 percent from 246,476 units in the same month last year. This means that NEV sales accounted for 14 percent of SAIC's February sales.

SAIC passenger vehicle branch sold more than 9,000 NEVs in February and SAIC more than 6,300, it said.

SAIC aims to sell more than 2.7 million NEVs globally by 2025, accounting for more than 32 percent of its total model sales, its president Wang Xiaoqiu said at the 2021 World New Energy Vehicle Conference in Hainan on September 16, 2021.

Late last month, SAIC announced that the L7, the first model of IM Motors, the premium electric vehicle brand it built as a joint venture with Alibaba, has begun mass production and will be officially launched on March 29.