IM Motors L7 is currently the closest in looks, specs and price to NIO's first flagship sedan, the ET7. 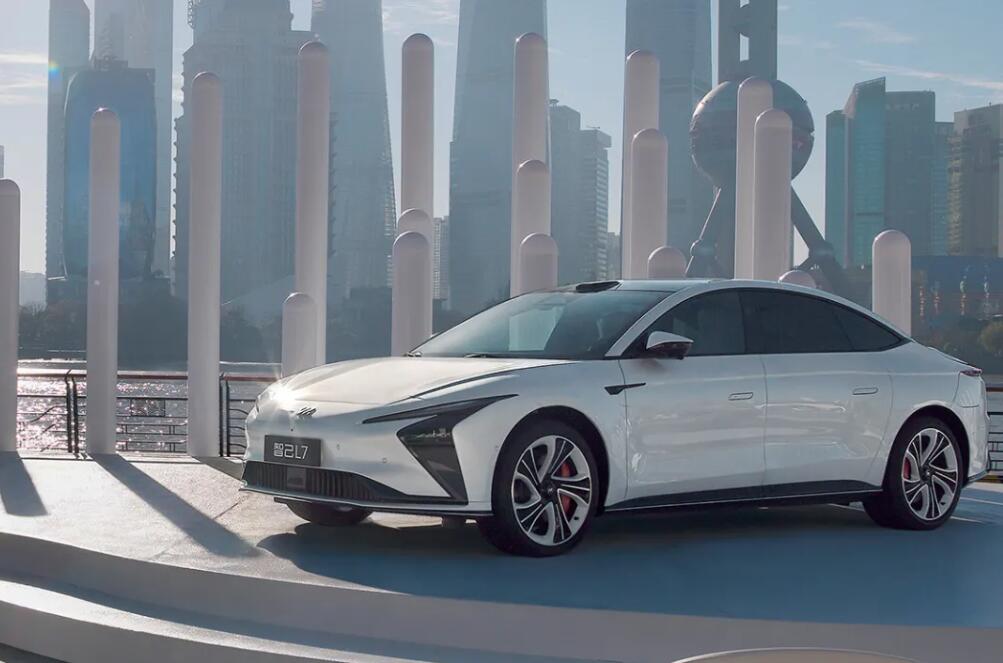 Chinese consumers looking to buy a high-end electric car will have several good options this year.

IM Motors, SAIC's premium electric car brand, will begin taking reservations for its first model, the L7 sedan, on February 28, with deliveries to begin in April, the company said today.

The L7 is currently the closest in appearance, specifications and price to NIO's flagship sedan, the ET7, which aims to capture market share from German luxury brands including Mercedes-Benz, BMW and Audi.

With a delivery date not far from the NIO ET7, the two are expected to work together to expand the premium electric vehicle market in China.

The ET7 will start locking in orders on January 20, 2022 and deliveries will begin on March 28, said William Li, founder, chairman and CEO of NIO, at the NIO Day 2021 event held on December 18.

IM Motors is an electric vehicle brand built with investment from SAIC, Zhangjiang Hi-Tech and Alibaba, with SIAC holding a majority stake.

At the beginning of April last year, IM Motors identified its first model as the L7, and at the end of April, the company announced a pre-sale price of RMB 408,800 ($62,800) for the "angel round version" of the L7.

Consumers who purchase the car with NIO's BaaS battery leasing program can reduce the price by at least RMB 70,000, but will have to pay at least RMB 980 per month for battery rental.

The IM Motors L7 will not be eligible for China's state subsidies because it does not support battery swap like the ET7 and is priced above RMB 300,000.

In terms of the number of sensors and acceleration performance, the two are also basically similar. But the autonomous driving chip used in the L7 is NVIDIA Xavier, and the NIO ET7 uses the more powerful NVIDIA DRIVE Orin.

IM Motors saw the first 200 Beta Experience units of its first model, the L7 sedan, roll off the line on December 26.

The vehicles meet legal and regulatory requirements for driving on the open road, and they will be delivered to system test users and will tour nine cities, including Shanghai, the company said.

By the end of February 2022, IM L7 test cars will begin to be available in sales stores, and interested consumers will be able to take a test drive in early March, it previously said.