Greenwoods also bought an initial 14,285 shares of Tesla during the fourth quarter worth about $15 million. It does not hold any shares of NIO.

Greenwoods Asset Management, one of the most closely watched Chinese hedge funds, increased its bets on overseas-listed Chinese companies in the fourth quarter of last year, including adding to its positions in XPeng and Li Auto.

Greenwoods held 138,000 shares of XPeng worth about $4.9 million at the end of the third quarter, according to its filing on November 12 last year.

This means that Greenwoods increased its position in XPeng by 80,370 shares in the fourth quarter. 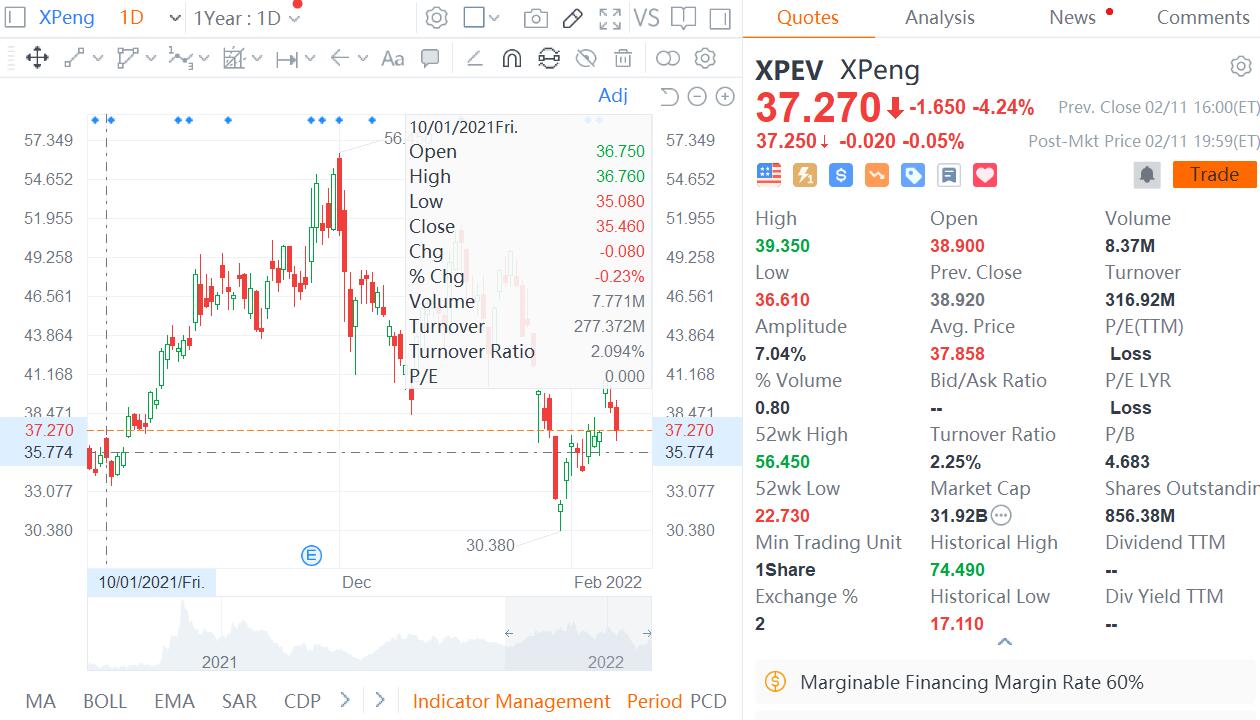 Greenwoods also made its first buy of 14,285 shares of Tesla during the fourth quarter, valued at about $15 million.

As of the end of the fourth quarter, Greenwoods did not own any shares of NIO.

Citing Greenwoods' recent views, China Fund News said that with reference to the smartphone industry, a product will enter a period of growth after its penetration rate exceeds 20 percent.

Greenwoods believes that global penetration of new energy vehicles (NEVs) is expected to exceed 20 percent by around 2025, with China and Europe likely to be higher, according to the report.

In the next 10 years, the NEV industry will have a compound growth rate of over 30 percent, with huge room for growth, according to Greenwoods.

In addition to buying NEV companies, Greenwoods boosted its position in overseas-listed Chinese Internet companies in the fourth quarter, increasing its stake in Alibaba by 182 percent to 306,541 shares from 108,541 shares at the end of the third quarter.