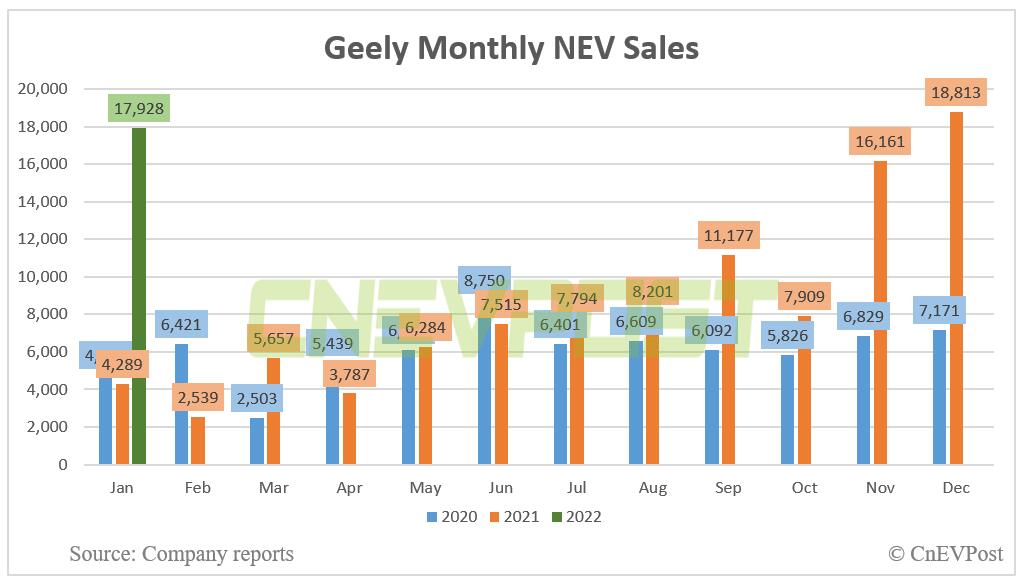 Geely sold 17,928 new energy vehicles (NEVs) in January, up 318 percent from 4,289 units a year earlier but down 4.7 percent from 18,813 units in December, figures released today by the company on the Hong Kong Stock Exchange showed.

Its total sales of all vehicles in January were 146,380 units, down about 6 percent from a year ago, mainly affected by an early Chinese New Year holiday and sporadic Covid-19 outbreaks around the country, it said.

The company sold 15,442 BEVs, including battery swap-enabled models, in January, up 641 percent from 2,083 units a year earlier.

Geely and Lifan Technology, which it backs, formed a joint venture late last month to put more effort into the battery swap market.

The joint venture, Chongqing Livan Automotive Technology Co, has completed the registration process in the southwestern Chinese city of Chongqing.

Livan will launch a variety of power form products in the future, Geely said previously, adding that it will build an intelligent battery swap ecology based on technology developed in-house to provide competitive products and services.

Data released by the company today showed that Livan sold 1,683 units in January.