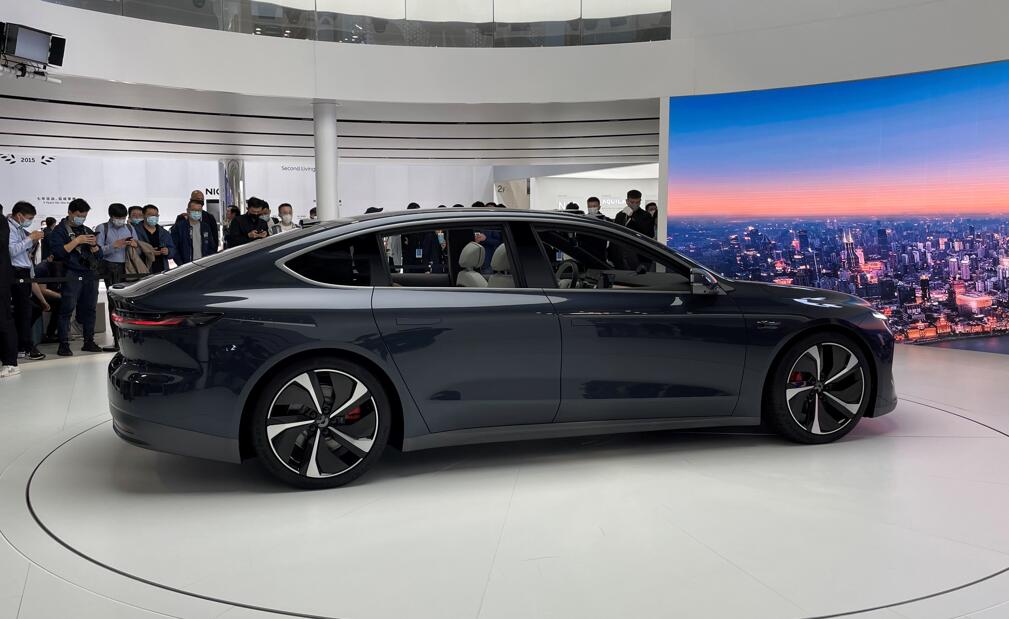 EVs and smart cars are among China's national priorities, and their TAM (total addressable market) is not just China but the global market, analyst Jiong Shao said in a research note sent to investors on Tuesday.

The enormous domestic profits are motivating Chinese EV makers to invest heavily in technology and manufacturing capabilities to stay ahead of the curve. In addition, China's highly developed EV parts supply chain has enabled EV startups to scale up quickly, Shao said.

Compared with many countries around the world, including the US, China has one of the most supportive and well-thought-out government policy agendas for the EV industry, the analyst said.

At this point, it's nearly impossible to envision exactly what the smart car of the future might look like or who the ultimate winners and losers will be. The innovation and capabilities of self-driving and automotive robotics will ultimately determine the winners, Shao said.

Against that backdrop, Barclays gives NIO a $34 price target, which is based on 25x FY23E nominal EBITDA of $2.2 billion.

From a technology differentiation point of view, NIO focuses on battery technologies and has formed a strategic partnership with EV battery powerhouse CATL, which produces purpose-built batteries for NIO with the latest technologies co-developed by NIO and CATL, the analyst wrote.

In addition, NIO has come up with highly innovative battery-swapping and battery-leasing options for its customers, the note said.

While NIO's initial focus on the higher-end segment of the market gave the company a head start, since higher-end consumers in China were indeed among the earliest adopters of EVs, it is critical for the company to launch mass-market offerings in the next two years, according to the note.

The analyst went on:

A key shift in the auto manufacturing industry with the rise of EVs is that to make the best smart car, the manufacturer needs the most comprehensive dataset covering all road conditions.

Should NIO stay at the upper end of the market, inevitably it won't have as much data as competitors with a mass-market focus, and as a result far more cars on the road than NIO.

Indeed, NIO plans to launch several new models in the next 24 months and we believe most of these will be geared towards mass-market customers.

Some investors may be concerned that NIO's unit growth isn't as fast as XPeng and Li Auto, but the analyst noted that such concerns should be somewhat mitigated now that NIO is set to double the capacity of its existing plant in March.

"In addition, its second factory is on track to start production in Q3 2022. With the imminent capacity expansion of its manufacturing facilities, NIO's unit delivery growth is set to re-accelerate later this year," the analyst said.

The analyst also identified two major risks that NIO may face in the medium term:

One is that NIO may not be successful in transitioning into an EV maker for the masses. To be a mass EV maker requires a different mindset and strategy from that of a premium EV maker. For example, white glove customer services may not be economically feasible. NIO needs to manage this transition well, not only from a product positioning perspective but also from a customer service and operations perspective.

The other major risk is that NIO may fall behind in autonomous driving technologies if competitors manage to acquire more driving data and develop better ADAS systems. At end of the day, most "cosmetic" features in a car are not too difficult to imitate – hard-core ADAS systems are the true competitive moat.

For XPeng, the analyst believes that by having leading technology in its price segment, XPeng's emphasis on ADAS gives its cars a strong, tangible value proposition that can serve as a long-term differentiator.

"We see XPeng as having unique opportunity in the space, as selling an array of inexpensive cars will likely drive sales volume, which will in turn facilitate ADAS data collection," the note said.

For Li Auto, the analyst believes that with one model, it can effectively target Chinese families with a precise balance of practicality, luxury, range and price.

"The Li ONE gives us confidence that Li Auto has its finger on the pulse of consumer preferences and future models will see similar success," the analyst said.