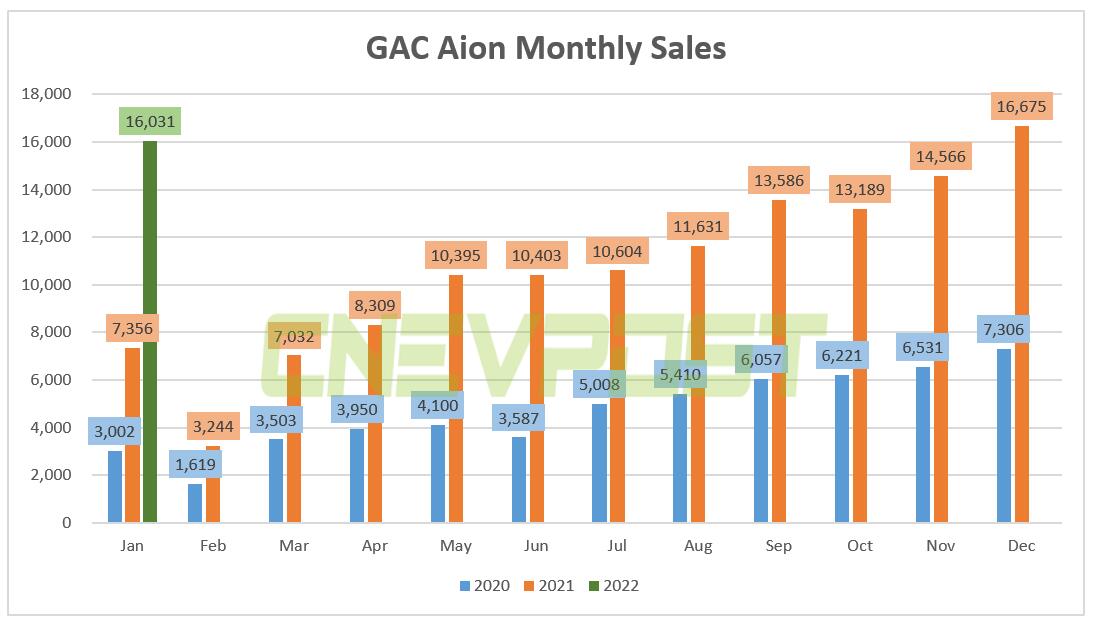 GAC Aion did not release breakdown sales figures for these models in January today.

Among the company's models, the most interesting is the Aion LX Plus, which was announced at the Guangzhou Auto Show on November 19 and went on sale on January 5.

The company says the pack has an energy density of 205 Wh/kg, making it the longest range production vehicle in the world.

GAC Aion's pack is not based on solid-state battery technology, but on traditional ternary lithium batteries.

GAC Aion claims the Aion LX Plus comes with 3 zoomable LiDARs located on the roof as well as the sides of the car that will allow the model to enable navigation-assisted driving on highways and in cities.

However, its spec sheet shows that only the version priced at RMB 409,600 is equipped with LiDARs, and the most expensive version with a range of 1,008 km does not have the component.