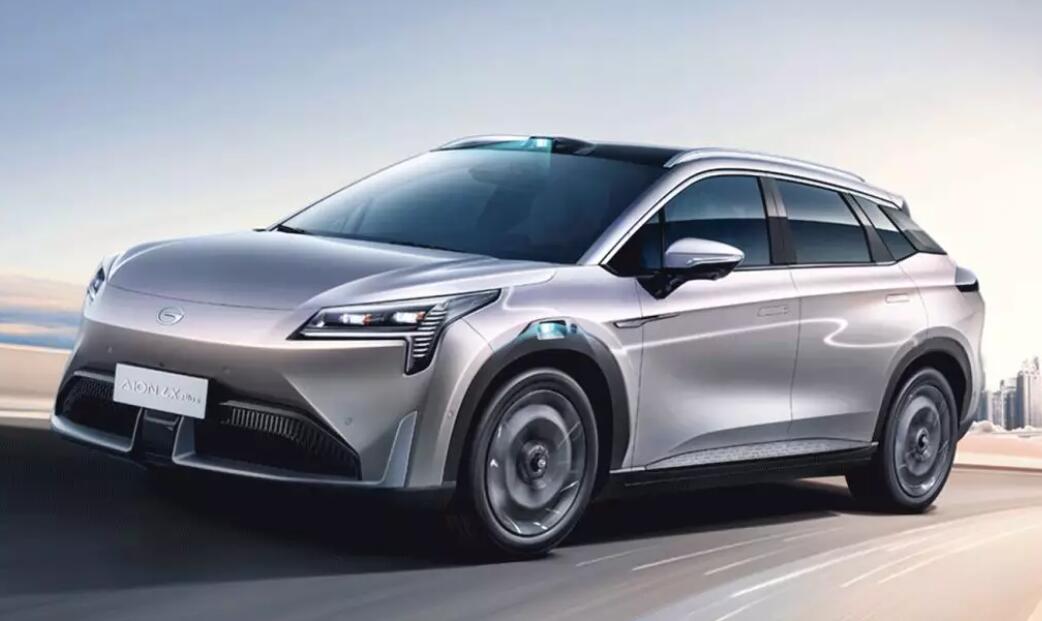 After announcing the Aion LX Plus model with a range of up to more than 1,000 km at the end of November, GAC Aion, the new energy vehicle (NEV) subsidiary of GAC Group (HKG: 2238), today officially announced the model's availability for sale.

The company said the pack has an energy density of 205 Wh/kg and the model is by far the world's longest-range production vehicle.

The GAC Aion's pack does not use solid-state battery technology, but is based on traditional ternary lithium batteries.

GAC previously said its research institute developed the technology to make the silicon negative electrode sheet inside the battery as soft as a sponge after 10 years of planning and five years of research.

GAC Aion's specification sheet for the Aion LX Plus on its website shows that the battery pack capacity for these lower range models is 93.3 kWh.

The Aion LX Plus has a four-in-one integrated electric drive and a 0-100 km/h acceleration time of just 2.9 seconds, the company said.

However, the specification sheet for the Aion LX Plus shows that the fastest accelerating version of the model is the 600 km range version with a 0-100 km/h acceleration time of 3.9 seconds. 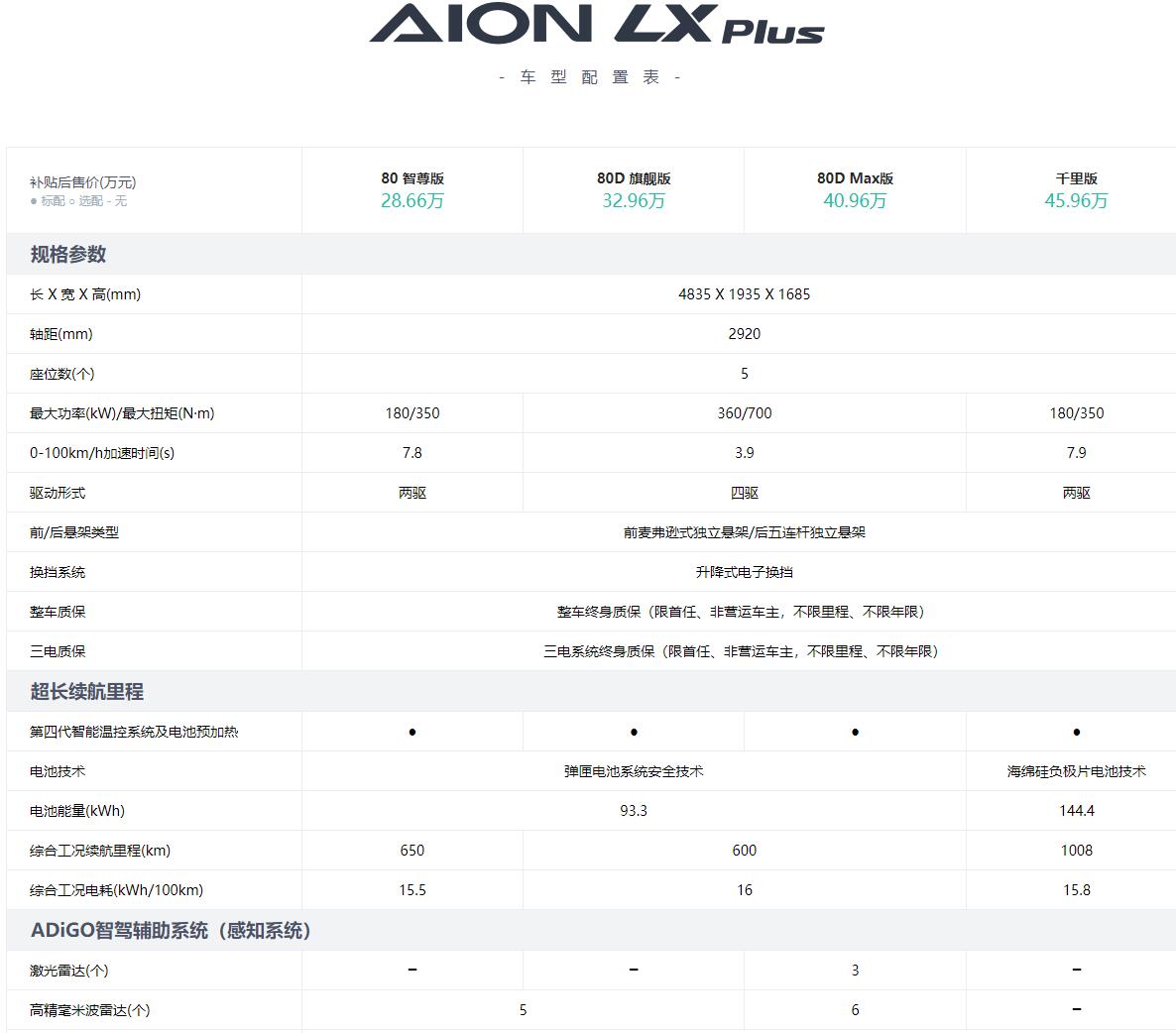 GAC Aion claims that the Aion LX Plus comes with 3 zoomable LiDARs, located on the roof and on the sides of the car, which will allow the model to navigate assisted driving on the highway and in the city.

However, its spec sheet shows that only the version priced at RMB 409,600 is equipped with LiDARs, and the most expensive version with a range of 1,008 km and other lower-priced versions do not have the component. 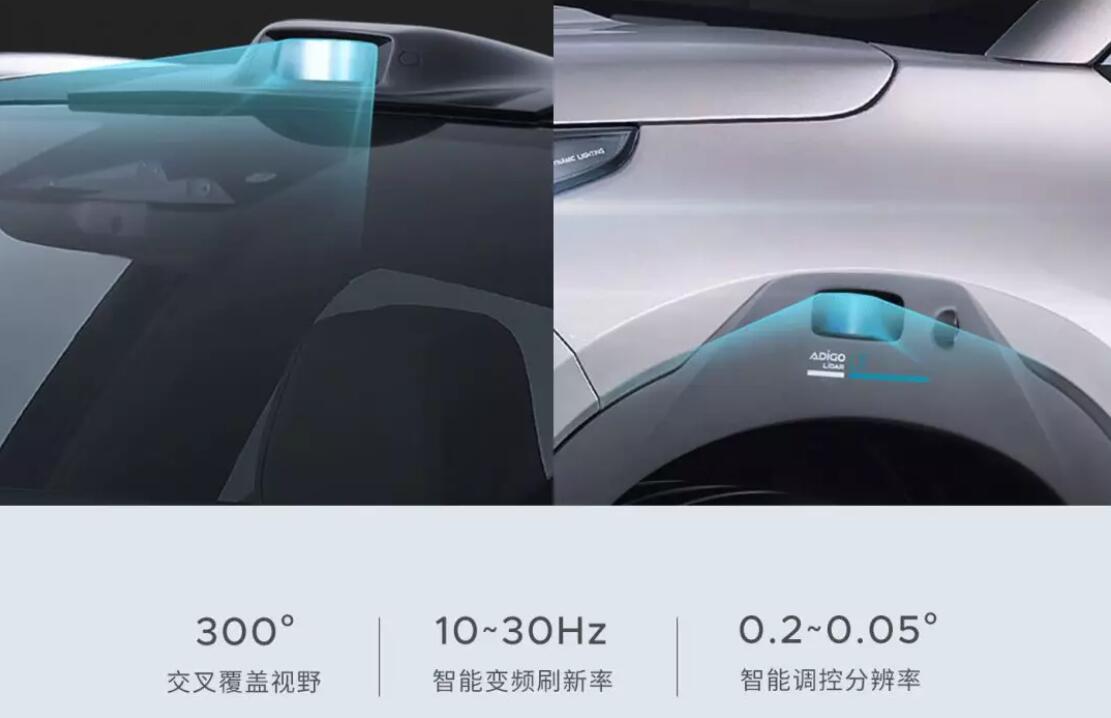 The model has a total of 35 high-performance sensing hardware and is equipped with a high-computing power autonomous driving platform. Its computing power is only 200 TOPS, which is one-fifth of that of the NIO ET7 as well as the WM Motor M7. 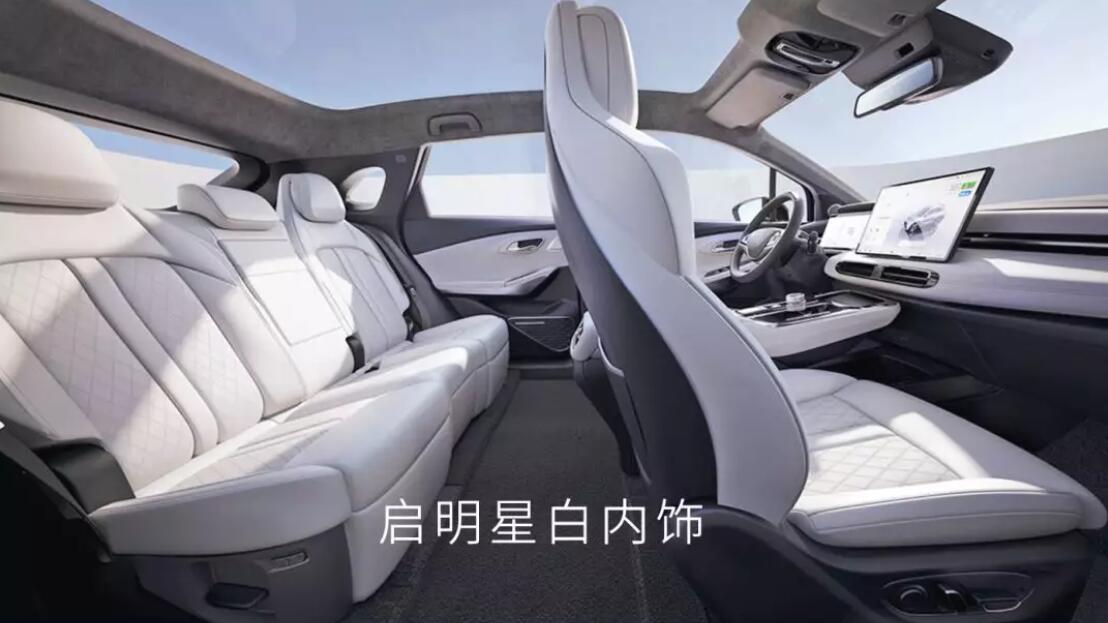 It is worth noting that although the model does not have the same ease of battery replacement as the NIO's model, GAC Aion offers a so-called battery lease option in the finance package offered to consumers.

Under this option, consumers can "lease" the battery alone for seven years, thus reducing the initial purchase cost by RMB 120,000. This essentially allows the buyer to take out a separate loan on the battery. 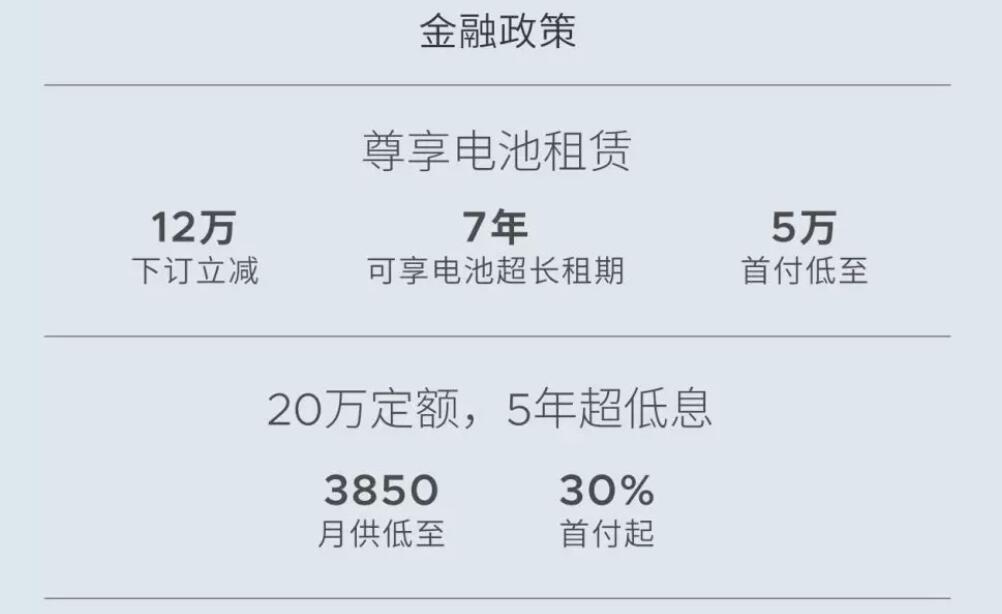 By comparison, a consumer purchasing an NIO model with the BaaS battery lease option can reduce the purchase price by RMB 70,000 or RMB 128,000 depending on the battery capacity. Buyers who choose this option will never own the battery and will need to pay a monthly fee for its use.