Tesla's first OTA update for the Year of the Tiger, developed by its China team, will bring karaoke functionality and allows owners to change the vehicle color of the center console screen. 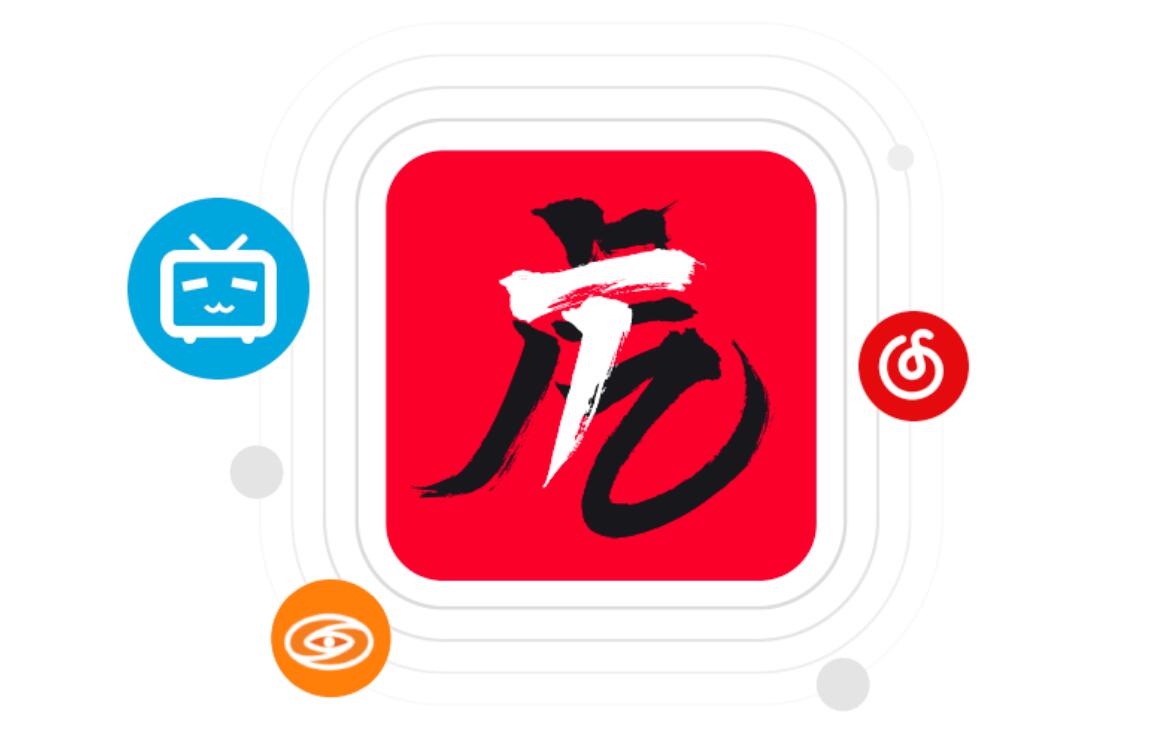 Tesla today announced the list of its upcoming first OTA update for Chinese owners for the Year of the Tiger, which will bring upgrades to entertainment features and allow owners to change the vehicle color on the center console screen for the first time.

The company emphasized that the update was developed by Tesla's China team, saying they understand what local users want.

The update will bring KTV functionality to the vehicle, something that many Chinese users like and that Tesla's Chinese counterparts NIO, XPeng Motors, and Li Auto have previously offered to users.

It's worth noting that users will need to purchase TeslaMic from the Tesla online store to experience the full karaoke feature. The TeslaMic has not yet begun to be offered when this story was first posted.

When CnEVPost rechecked a few hours later, it found that the Tesla online store has started offering the TeslaMic, with each set containing 2 microphones for a total of RMB 1,199 ($190).

However, the first batch of stock has been sold out and is expected to be restocked by the end of February. 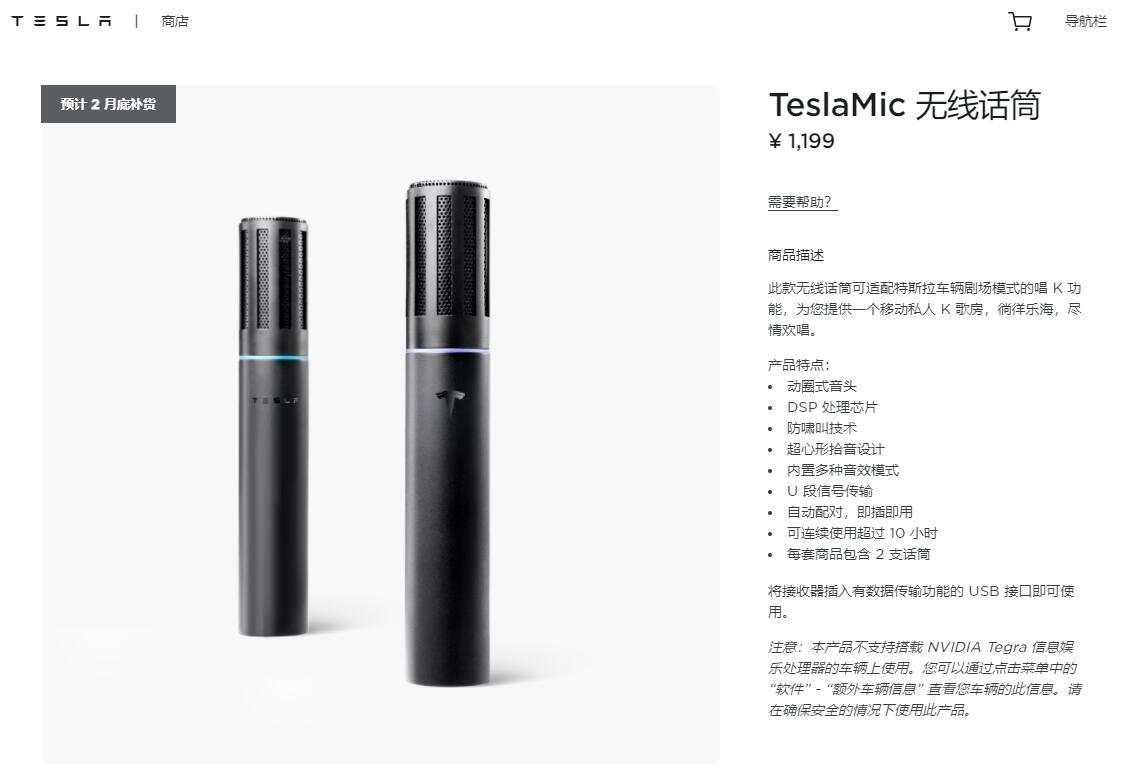 The update will also bring the popular music app Netease Music to Chinese users and will optimize the user interface of video platform Bilibili. 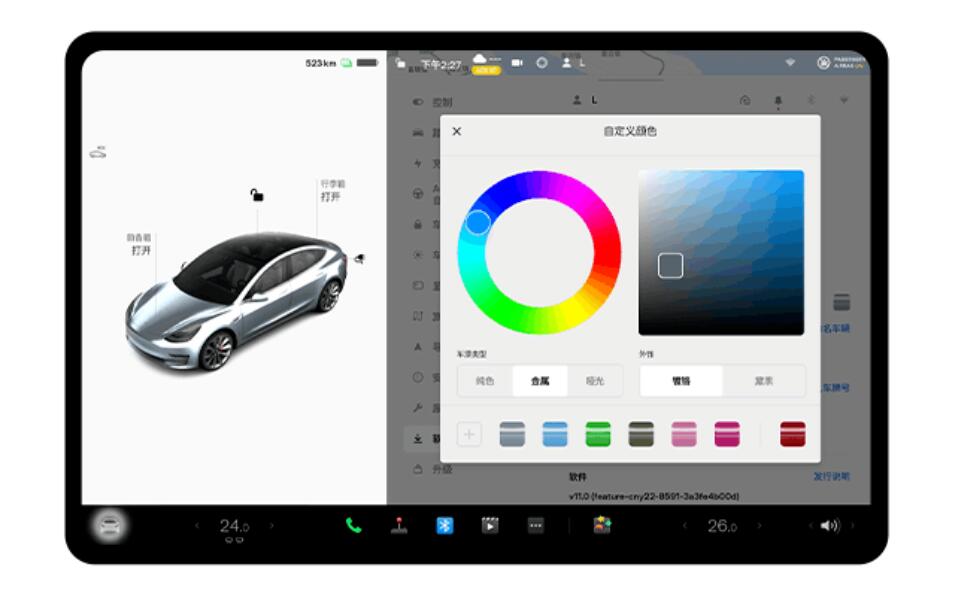 The navigation displays real-time traffic data on major routes and optional routes so that owners can choose a more appropriate and smooth navigation route.

In addition, the Supercharger icon, which was removed from the top right corner in the previous update, has been re-added, allowing users to tap on it to quickly access information about nearby Supercharger Stations. 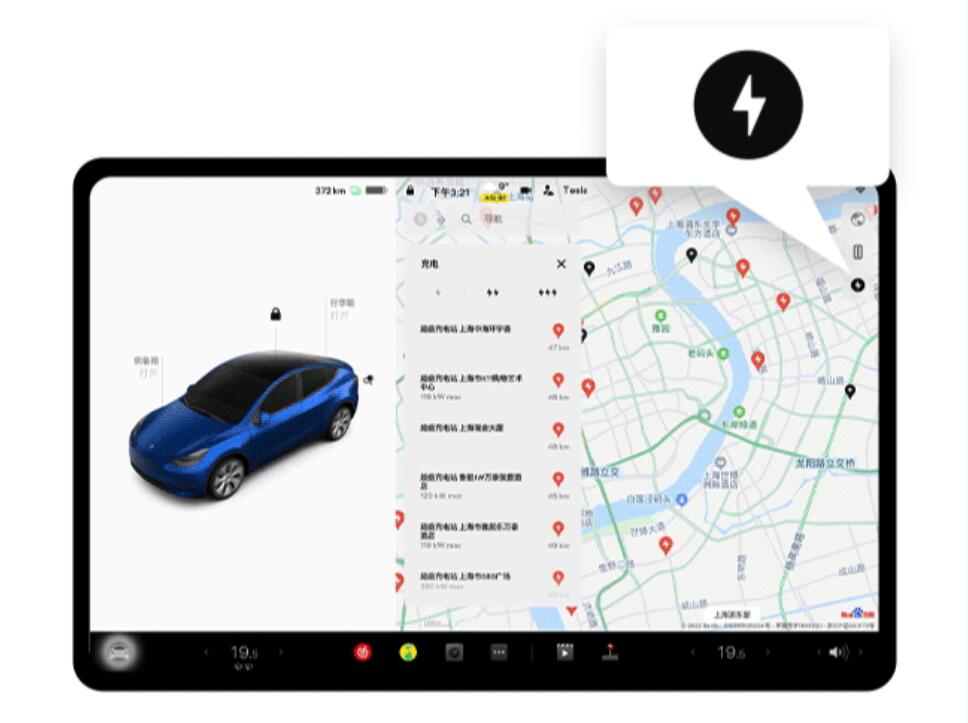 February 1 marks the Chinese New Year in 2022 and the first day of the Year of the Tiger.