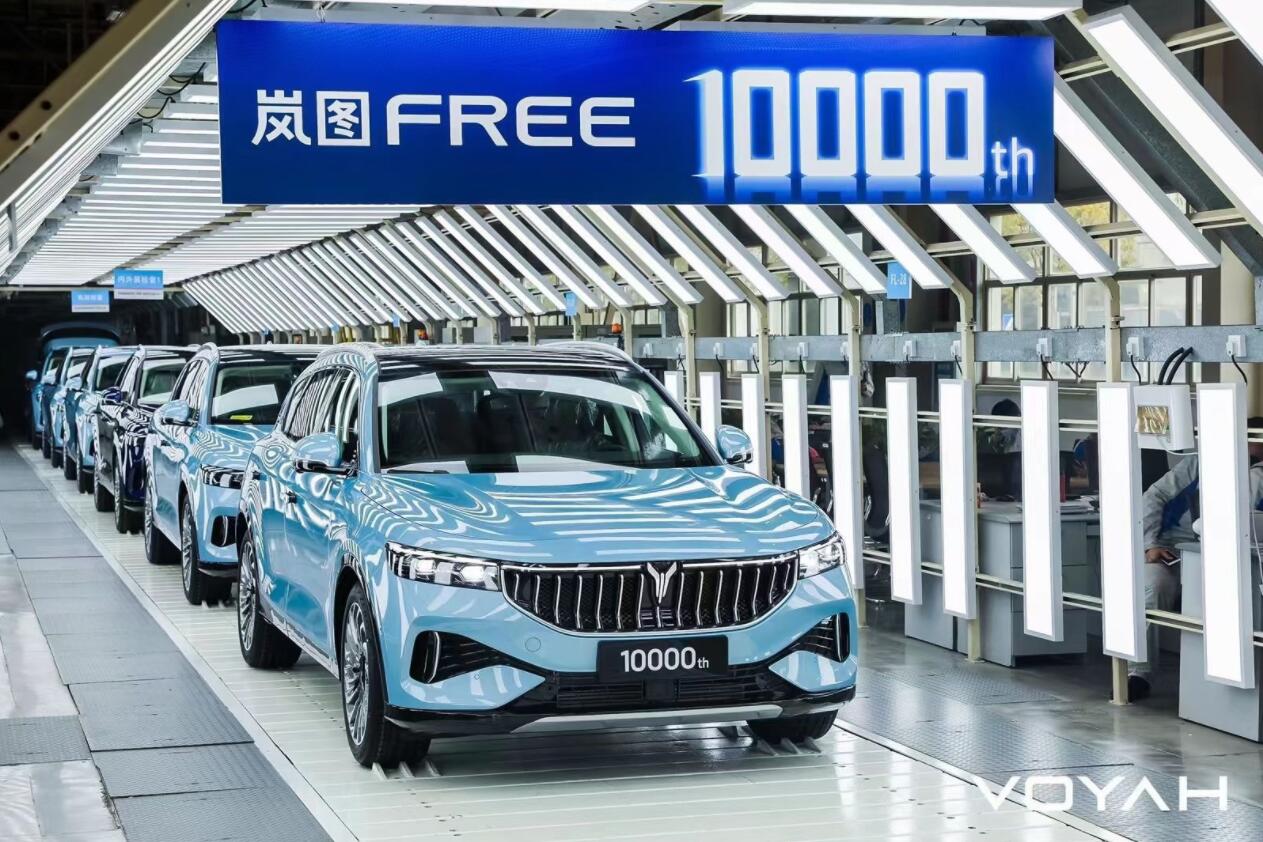 Voyah, Dongfeng Motor's premium electric brand, announced today that its only model, the Voyah FREE, sees its 10,000th vehicle roll off the line.

This comes about seven months after the first production vehicle of Voyah FREE rolled off the production line on June 30 last year.

Dongfeng Motor unveiled the Voyah brand and the Voyah FREE in late 2020 to fulfill the traditional carmaker's ambition to enter the electric vehicle market.

The first production unit of the Voyah FREE rolled off the production line on June 30 last year and its delivery started in August last year.

In early July last year, Voyah announced that it would enter overseas markets, but did not reveal which country it intended to enter first.

Voyah CEO Lu Fang said at the time that Chinese cars have the strength and confidence to level with the world, and that Voyah is fully preparing to run into the vast international market while continuing to develop the domestic market, committed to becoming a high-end electric vehicle leader.

Voyah will bring at least one new vehicle to the market each year, and over the next five years it will have products covering the sedan, SUV, and MPV markets, the company previously said.

Voyah delivered 3,330 Voyah FREEs in December, the fifth delivery month for the model, up 192 percent from 1,139 units in November.

Voyah said its vehicles have sold for an average price of more than RMB 338,000 since deliveries began in August.

Voyah hinted that its deliveries will continue to ramp up in the coming months, saying that with the significant increase in capacity in December, the vehicle delivery cycle has been shortened to within one month.

As of today, Voyah has 45 Voyah Spaces in China, covering 23 cities, and 20 delivery service centers.