Volvo's director of commercial operations in Germany will join NIO in March as the Chinese EV carmaker's general manager for the German market, German media reported.

NIO began recruiting a general manager for its German operations early last July to lead its business development there. Now it appears that the position has been filled.

Ralph Kranz, director of commercial operations at Volvo Germany, will leave the company at the end of February at his own request to join NIO, according to German media outlet Vogel.

Kranz has worked for Volvo Germany for 10 years and has held several management positions. He will join NIO from March 1 as general manager of the Chinese electric vehicle (EV) maker in the German market, according to the report Tuesday.

Prior to joining Volvo, Kranz had worked at Aston Martin, Toyota and Lexus, the report noted. 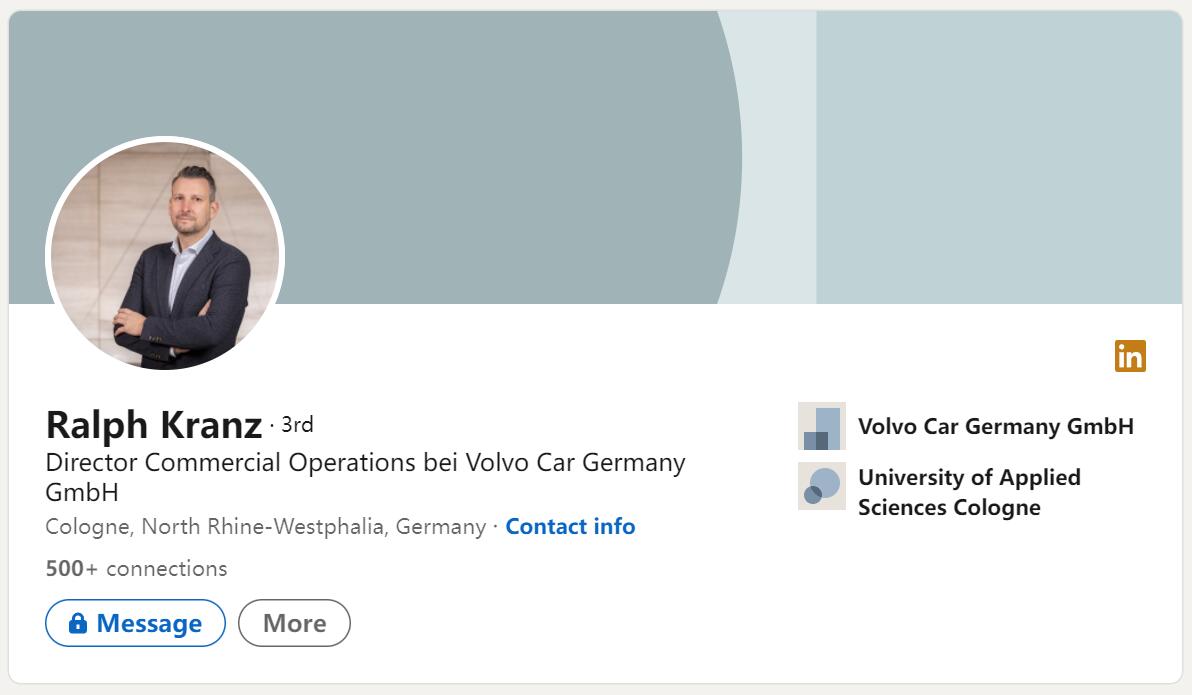 NIO, when contacted by CnEVPost, said they could not respond at this time.

In early July last year, the EV maker began hiring a general manager for its German operations to lead its business development there. The job ad posted by NIO at the time read "Next stop: Germany!"

NIO said at the time that the position was key to the growth of the organization and business, and that it relied heavily on the candidate's current expertise and knowledge to ensure its success.

NIO announced its strategy to enter Norway in early May last year, making it the company's first stop in an overseas market. It opened its first NIO House in Norway last October and began delivering ES8 vehicles to local customers.

The NIO ES8 is the company's first model to be exported to overseas markets, and the ET7 sedan, which will begin deliveries in China at the end of March, will also be available in overseas markets this year.

At the NIO Day 2021 event on December 18 last year, William Li, founder, chairman and CEO of NIO, first announced the company's plans for global expansion, saying NIO will enter Germany, the Netherlands, Sweden and Denmark in 2022.

NIO aims to serve users in more than 25 countries and regions worldwide by 2025, Li said at the time.

In a December 19 interview with media outlets including CnEVPost, Li said that NIO's entry into Germany in 2022 is 100 percent going to happen, though the exact plan is still being worked out.

"For the German market, we want to give local users the same experience as if they were refueling," Li said.