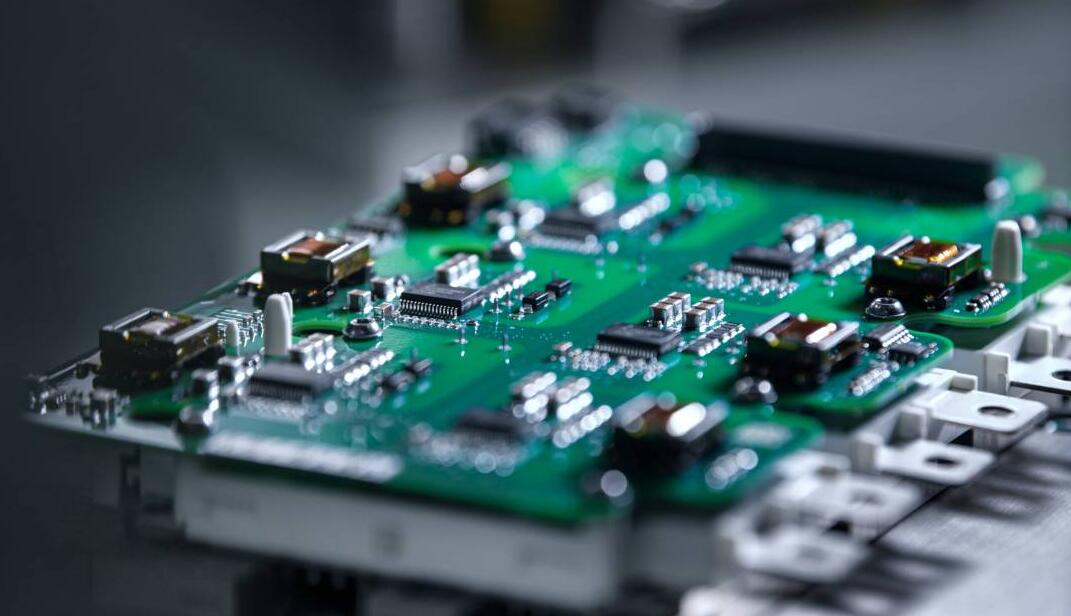 NIO is hiring automotive semiconductor talents in Germany to strengthen its competitiveness in core technologies.

The company posted two positions on LinkedIn on Monday related to SiC and IGBT chip design and development, respectively. 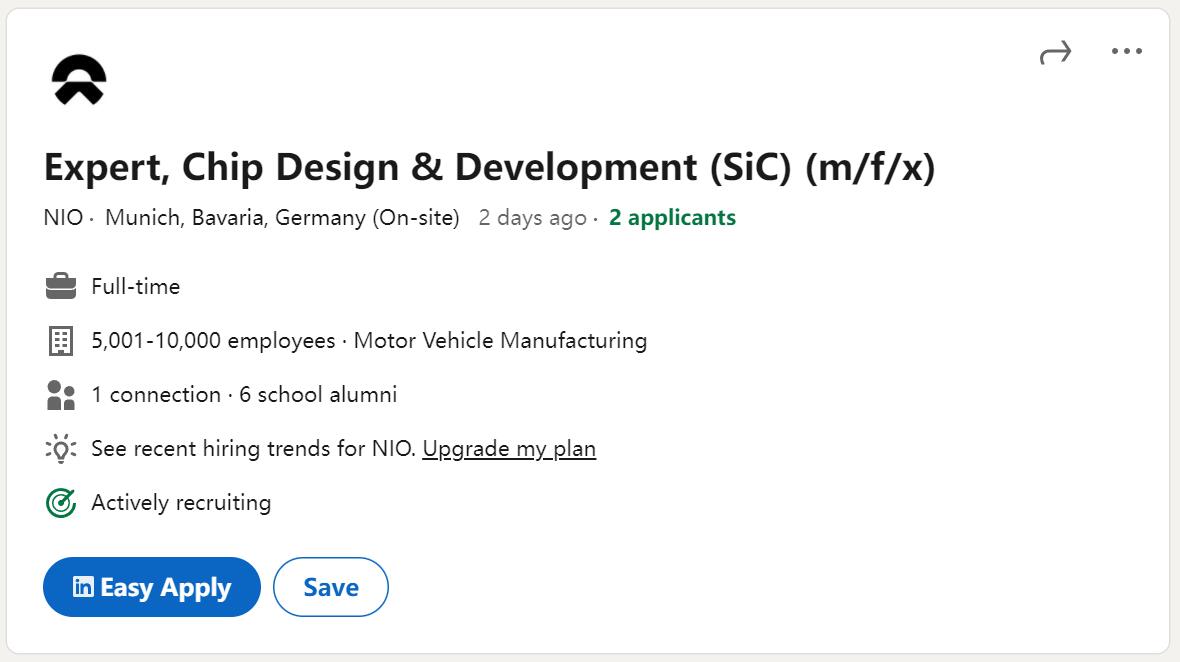 NIO's description of the responsibilities of the "Expert, Chip Design & Development (SiC)" position is:

Be a thought leader in the Semiconductor Technology Lab, driving team growth and new idea generation.

Be involved in the modelling (TCAD), design, fabrication and testing of SiC power semiconductor devices. Testing work may span from on-wafer probing to reliability assessments and/or failure analysis of various devices.

Leader as a cross-founction team to define NIO’s SiC device and module roadmap.

The job description for the "Expert, Chip Design & Development (IGBT)" position is almost identical to the SiC position, except that IGBT is replaced with SiC. 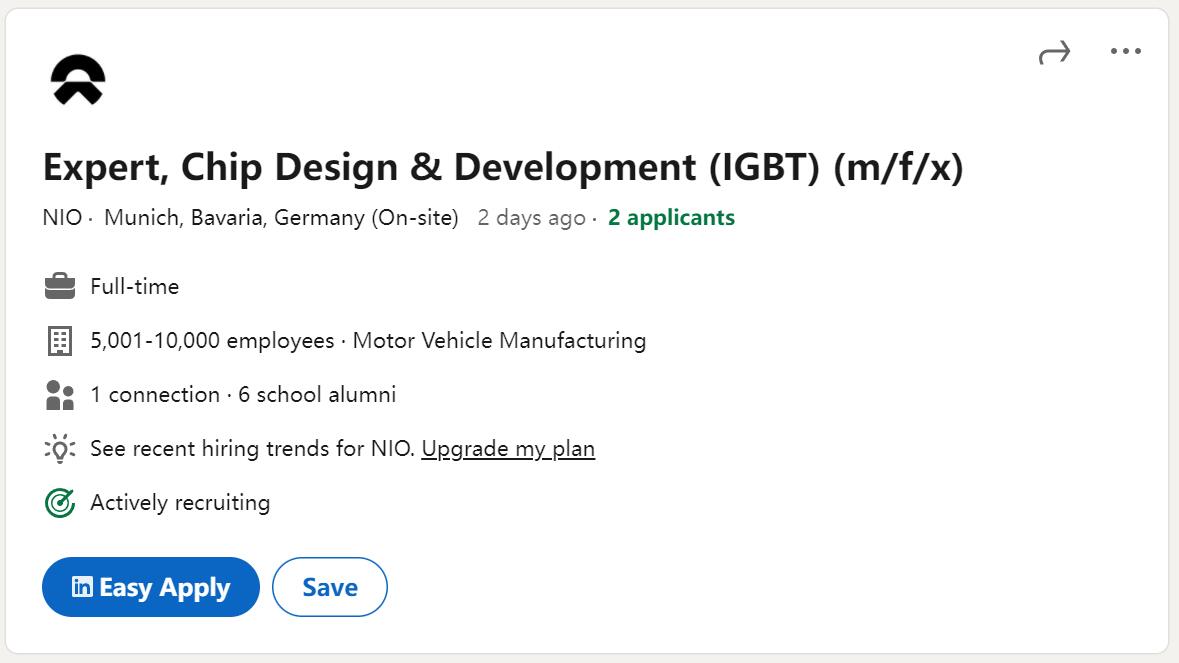 Both positions require a PhD and experience in the field. The LinkedIn page information shows that as of now there are 2 applicants for each of these two positions.

On June 22 last year, NIO announced that its first SiC electric drive system C prototype came off the production line, which was a volume prototype for process and production test verification. 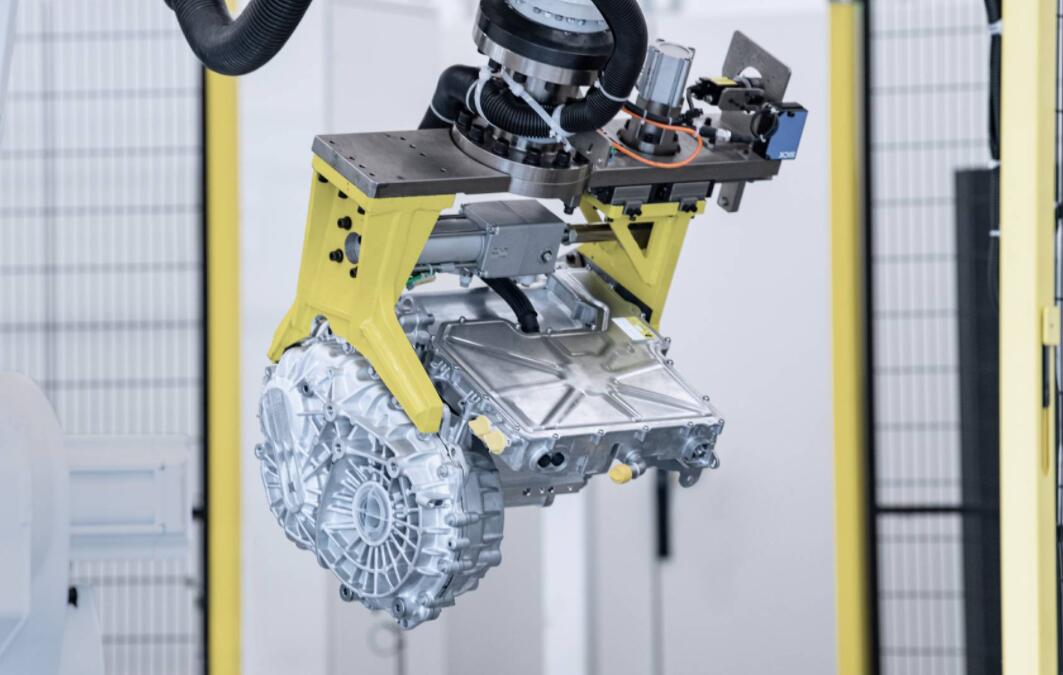 As a product of NIO's second-generation electric drive platform, this electric drive system is more efficient, compact and lightweight, which is the current advanced technology in the field of electric vehicle manufacturing, according to NIO.

When the technology is in mass production, it will be the first to be equipped by NIO's flagship sedan, the ET7, providing a longer range for the vehicle, the company said at the time.

The technology was developed by NIO's motor making arm XPT, whose CEO Zeng Shuxiang said on June 23 that the SiC technology is used in the core power electronics of the ET7's permanent magnet motor controller, a component that converts direct current from the battery into the alternating current needed by the motor.

The NIO ET7 will begin locking in orders on January 20 and deliveries will begin on March 28. On January 18, the company held a small communication to announce more information about the ET7.

In scenarios including rapid acceleration and extrication, the ET7's 300 kW/500 Nm rear asynchronous induction motor will provide power. With the dual motor drive, the ET7 can accelerate from 0 to 100 km/h in 3.8 seconds under half-load conditions, according to Yang.

NIO to open test drives for ET7 on March 5, order-based production to start on March 11