Production at NIO's NeoPark facility is expected to see the first production vehicle roll off the line in the third quarter. 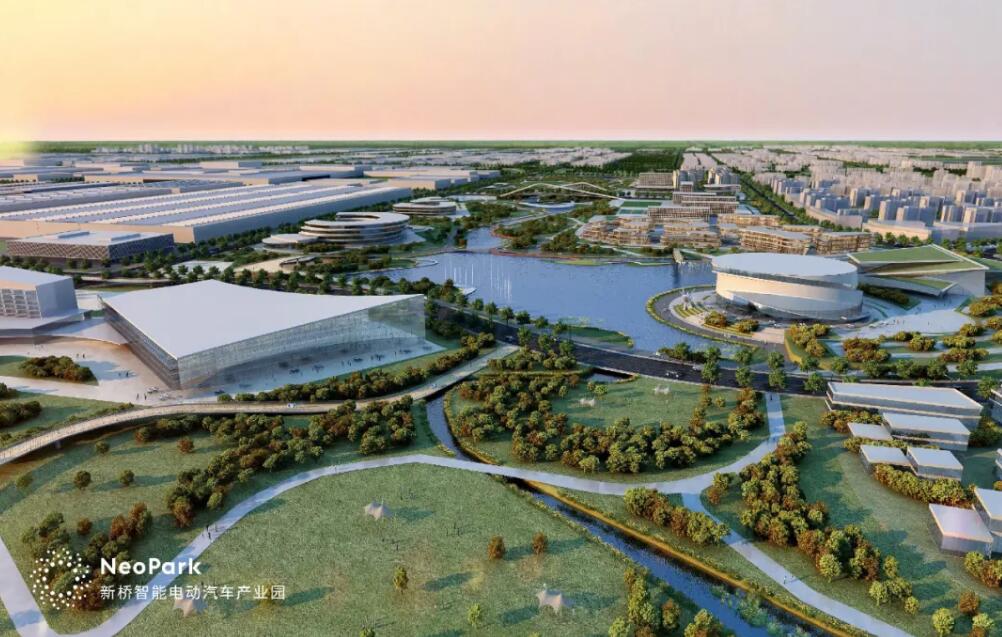 Although NIO's new plant in NeoPark won't be in production until the second half of the year, the company has already begun hiring blue-collar workers for it.

A job ad posted by NIO shows that it is hiring for positions in three categories at the plant - manufacturing, logistics and operations; quality management; electric drive systems.

In the category of manufacturing, logistics and operations, NIO needs workers in the stamping, painting, body, and final assembly shops, and it also needs engineers related to equipment maintenance. 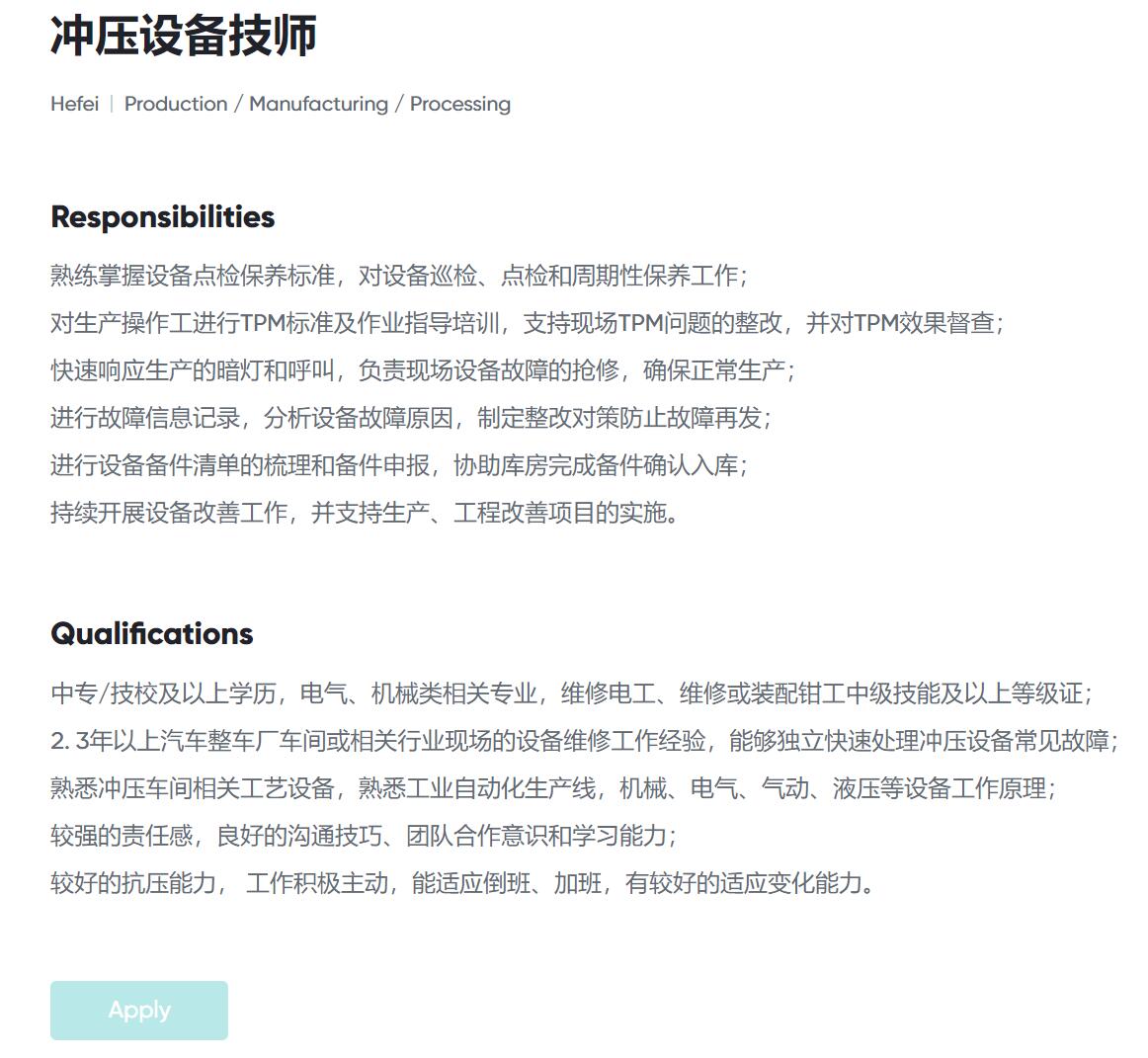 (One of the dozens of positions NIO is hiring for its facility in NeoPark.)

NIO did not provide the number of employees it needs for these positions. The following is its recruitment page.

On April 29 last year, the Hefei Municipal Government and NIO jointly announced the official start of the construction of NeoPark.

The park covers an area of 16,950 acres (11.3 square kilometers) and is expected to be able to reach an annual capacity of 1 million vehicles and 100 GWh of batteries, with an upfront investment of RMB 50 billion.

NIO's second factory is the first project of NeoPark, which started construction on April 29 last year, completed the main steel structure on August 26, and its main building was completed and accepted in early November.

At the end of November, NIO began installing equipment at the plant, and the company said at the time that the first model produced here would see a pilot car roll off the production line in the second quarter of 2022, with the production car coming off the line in the third quarter.

According to a report by Hefei News Channel on October 13 last year, the plant, which has a total floor area of 437,000 square meters, will officially start production in September and will be able to produce 300,000 vehicles per year and reach an annual output of RMB 100 billion when it reaches production.

NIO begins equipment installation at its facility in NeoPark 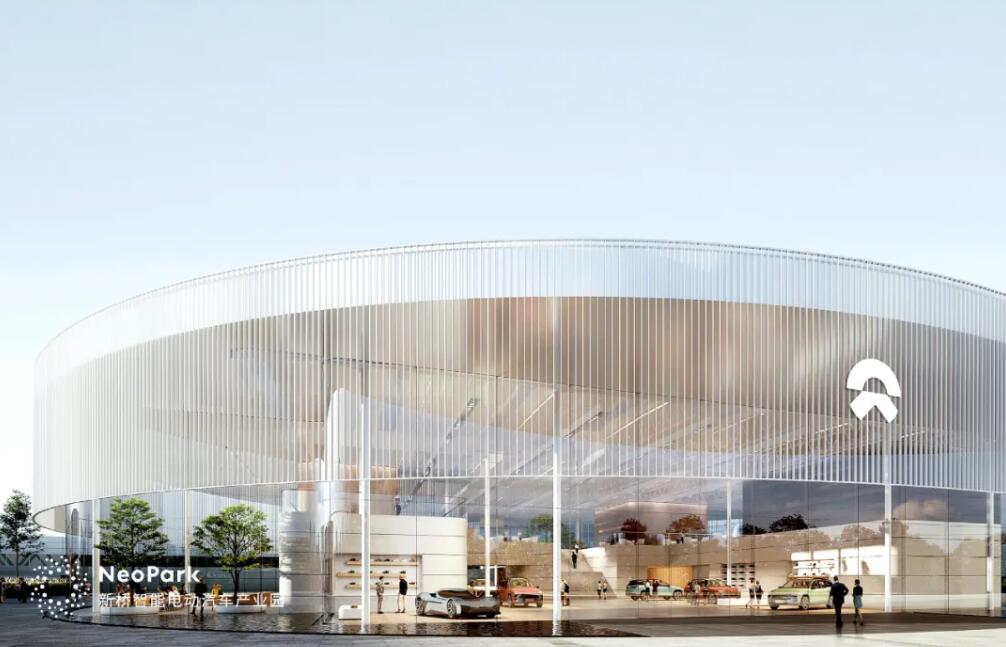 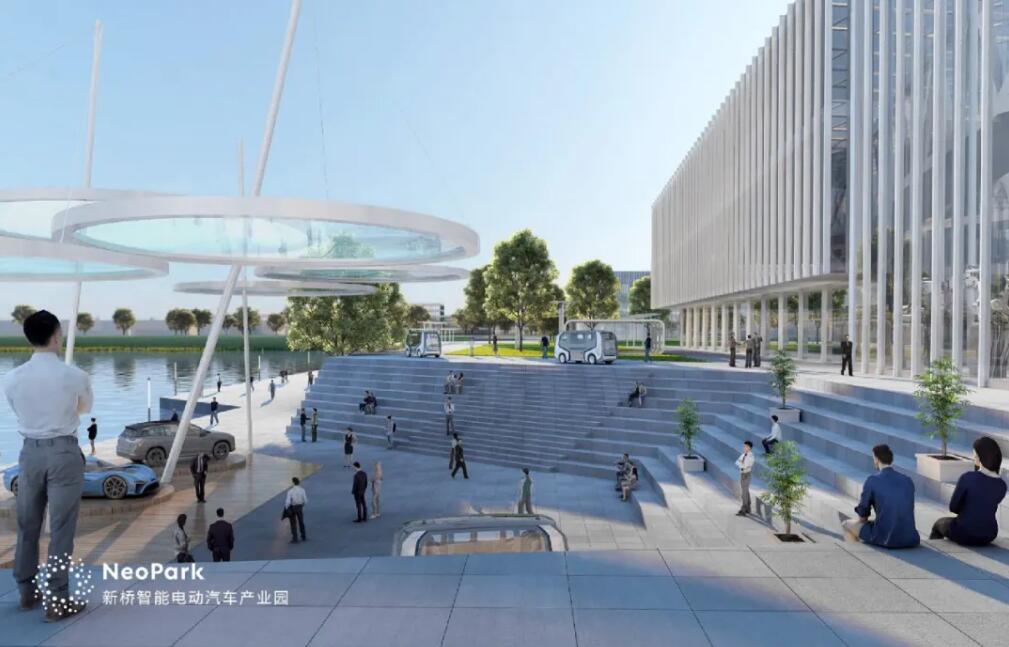