If December sales were 60,000 units, Tesla China would have sold 167,250 units in the fourth quarter, accounting for 54 percent of its global deliveries. 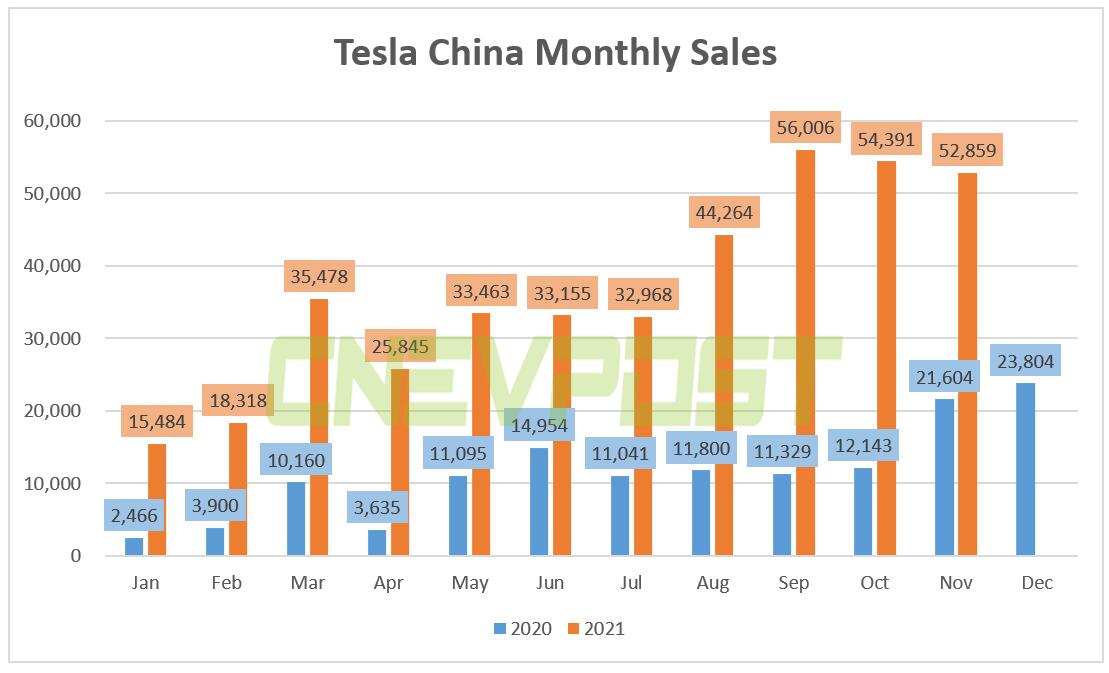 The report did not provide more details on the sales figures, which, if proven true, would be a new single-month high for Tesla China's sales.

It's worth noting that Tesla China's sales figures include its local sales as well as exports.

If January sales were 60,000, then Tesla China's sales in the fourth quarter would be 167,250 units, or 54 percent of its global deliveries.

Tesla delivered a record 308,600 vehicles worldwide in the fourth quarter, up 70.9 percent from a year earlier and 27.9 percent from the third quarter, the company showed in figures released Sunday.

Tesla may have delivered only up to orders through October 2021 in December due to a surge in orders and a shortage of parts supply, including chips, according to Yicai.

The delivery cycle for some of Tesla's orders has begun to exceed 70 days, exceeding the previous commitment of 6 to 10 weeks, so the delivery cycle becomes 12 to 16 weeks, according to the report.

As prices of both raw materials and chips continue to rise and delivery delays add unnecessary communication costs, Tesla has chosen to raise prices as a result, according to Yicai.

Tesla is even making the Model Y unavailable for any subsidies, which in part it is actively reducing orders to ease delivery pressure, the report said.