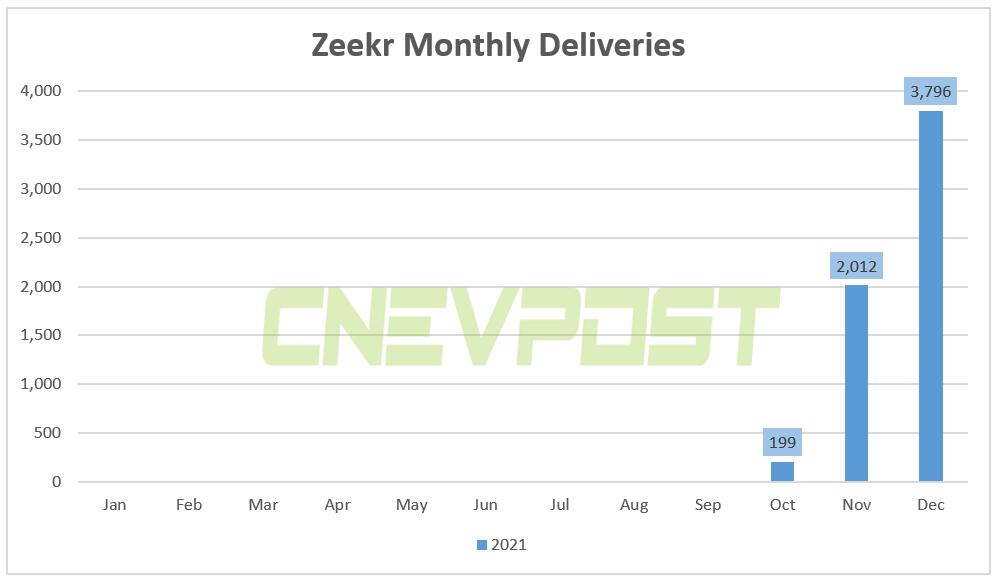 Geely Group's electric vehicle brand Zeekr delivered 3,796 units of the Zeekr 001 - the brand's first model - in December, an 88.7 percent increase over November, according to figures it announced today.

Zeekr made its first delivery of the Zeekr 001 on October 23, with 199 units delivered in October and 2,012 units in November.

The Zeekr 001 is a renaming of the model previously known as the Lynk ZERO, which was launched on April 15, 2021. 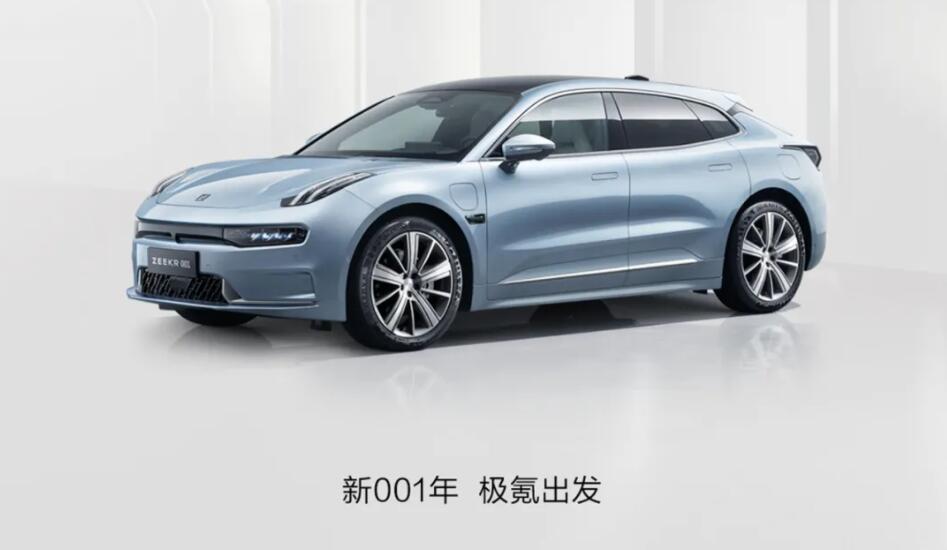 On June 15, the company said it had sold out of its deliverable production for 2021.

This puts the ET5 in a price range that largely overlaps with the Tesla Model 3, XPeng Motors' flagship sedan P7, and the Zeekr 001.

Since the ET5 was released, discussions in several chat groups of users interested in the Zeekr 001 have taken a turn in direction, with discussions about NIO's model beginning to dominate, as reported by ifengweekly.com a week ago.

Within 24 hours of the NIO ET5 opening for pre-sale, more than 50 consumers who had reserved the Zeekr 001 in a Zeekr 001 owners' exchange group with more than 200 users switched to the ET5, according to the report.

In another NIO ET5 discussion group with more than 400 users, many of those who shared their ET5 reservation orders said they had originally reserved a Zeekr model, and even teased each other as Zeekr "refugees" and "defectors," the report said.

However, it is worth noting that deliveries of the NIO ET5 will not begin until September, and deliveries may not be high at the very beginning of the capacity creep phase.