XPeng owners have an initial point of 100, and those with more than 90 points get priority access to the public beta OTA upgrades.

XPeng announced the information today on its official WeChat account, saying it is the industry's first assisted driving safety system in China.

It is also the latest move by XPeng to allow users to use the assisted driving feature wisely after requiring them to pass a test before turning on the NGP (Navigation Guide Pilot) feature.

XPeng owners will receive an initial 100 points when they first associate their account with their vehicle, and these points will be reset and restored to 100 every 12 months.

XPeng will determine whether the user is using the assisted driving feature correctly in their driving after obtaining authorization from the user.

XPeng deducts points from a user's "Smart Driving Points" based on how dangerous the behavior is, and if a user's points drop to zero, they will need to retake a safety test to regain the initial 100 points.

The points system currently available to all users is still a trial version. According to XPeng's previous announcement, the official version will be available in the first half of 2022. 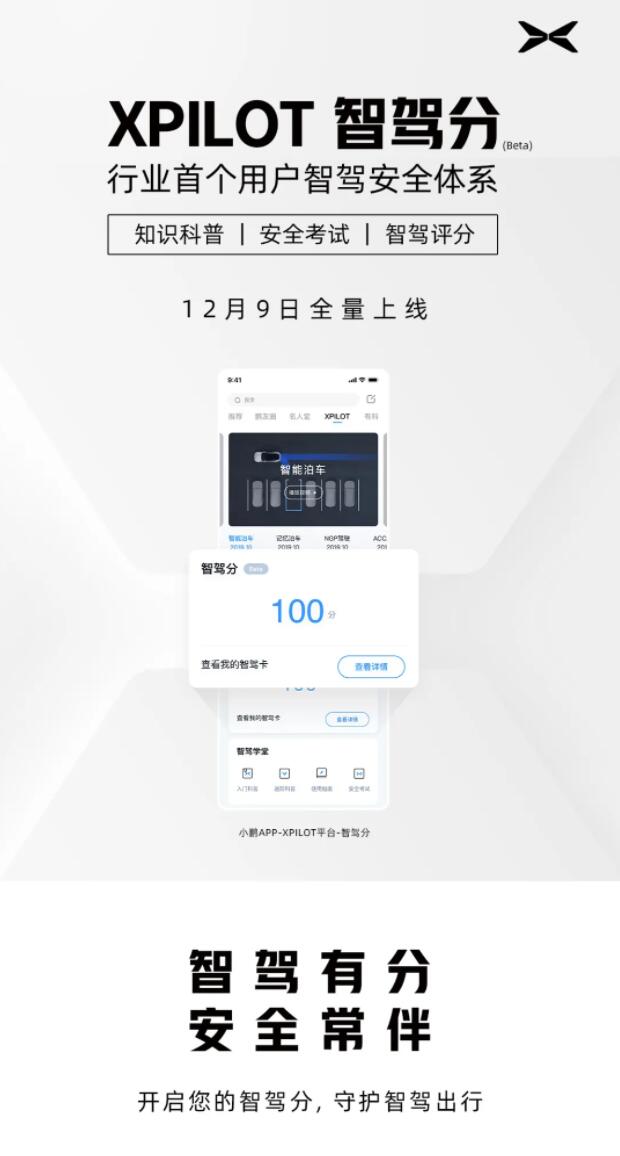 XPeng launched the NGP feature in January of this year, which is part of the XPILOT driver assistance system that allows vehicles to drive from point A to point B with automatic navigation assistance based on a user-set navigation route.

In March, XPeng completed a 3,000-kilometer NGP long-distance driving challenge, claiming a success rate of more than 90 percent using the feature on the vast majority of roads.

But after a fatal NIO ES8 accident in late August, local car companies have become cautious about marketing their assisted driving features. XPeng changed its wording from "Autonomous Driving Assistance System" to "Intelligent Assisted Driving System" on its website at the time.