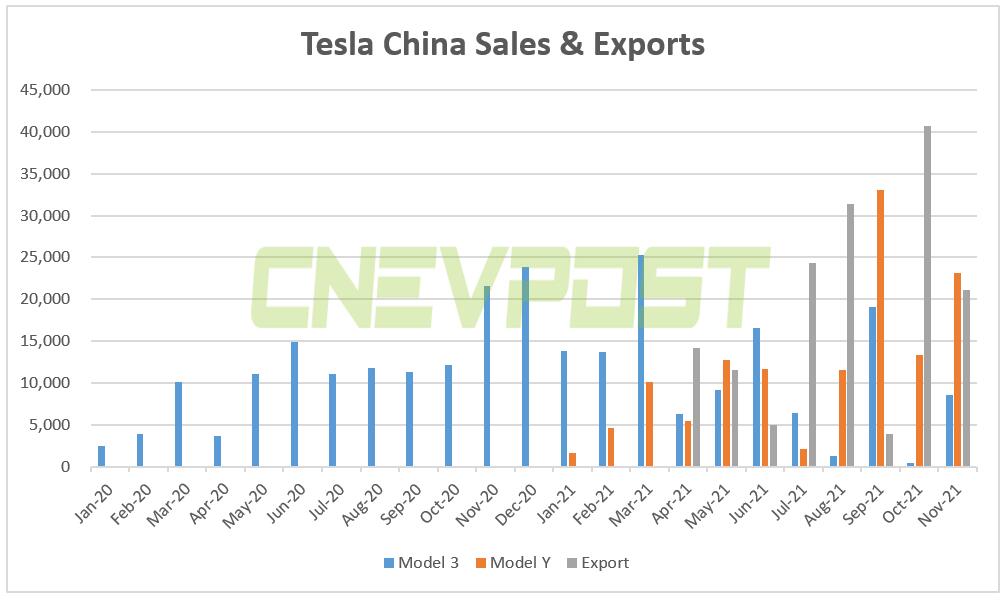 The CPCA released Tesla China wholesale sales and export figures for November yesterday, but did not release a breakdown of Model 3 and Model Y sales in China, and today they became available.

Model Y sales in China in November were 23,117 units, up 74 percent from 13,303 in October. Deliveries of the model began in China in January of this year.

Tesla China's wholesale sales in November were 52,859 units, up 144.7 percent year-on-year and down about 3 percent from October, data released yesterday by the CPCA showed.

Today's data showed that the Model Y ranked first in November's high-end SUV sales rankings, followed by Li Auto's Li ONE with 13,485 units and the Mercedes-Benz GLC with 12,269 units. The NIO ES6 ranked eighth with 4,713 units.

It is worth noting that in terms of year-on-year growth, Li ONE and NIO ES6 maintained high growth and Model Y's year-on-year data is not available. All other high-end SUVs are from legacy carmakers, and all sales were down significantly from the same period last year. 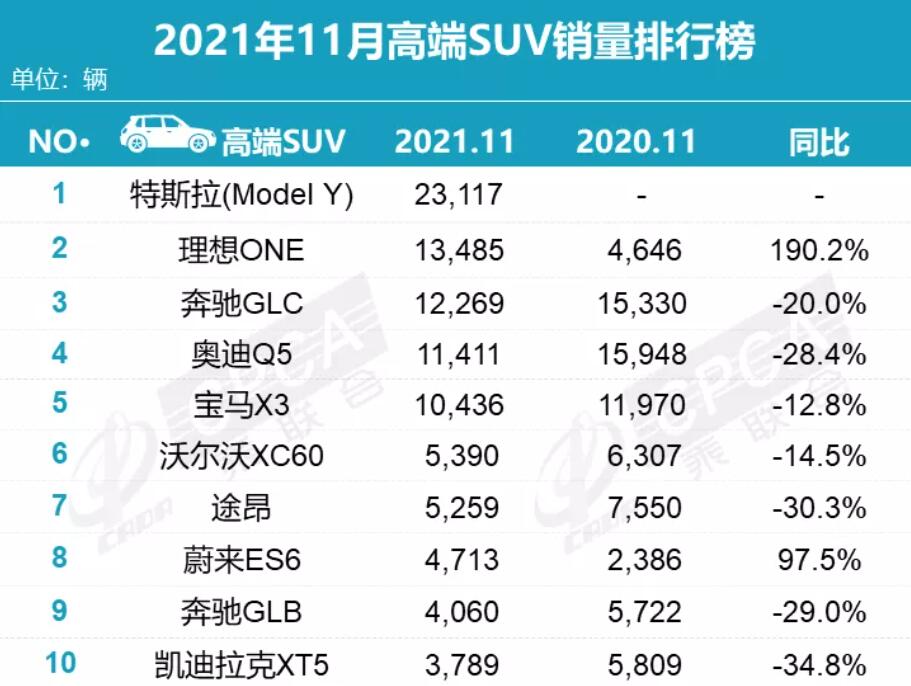 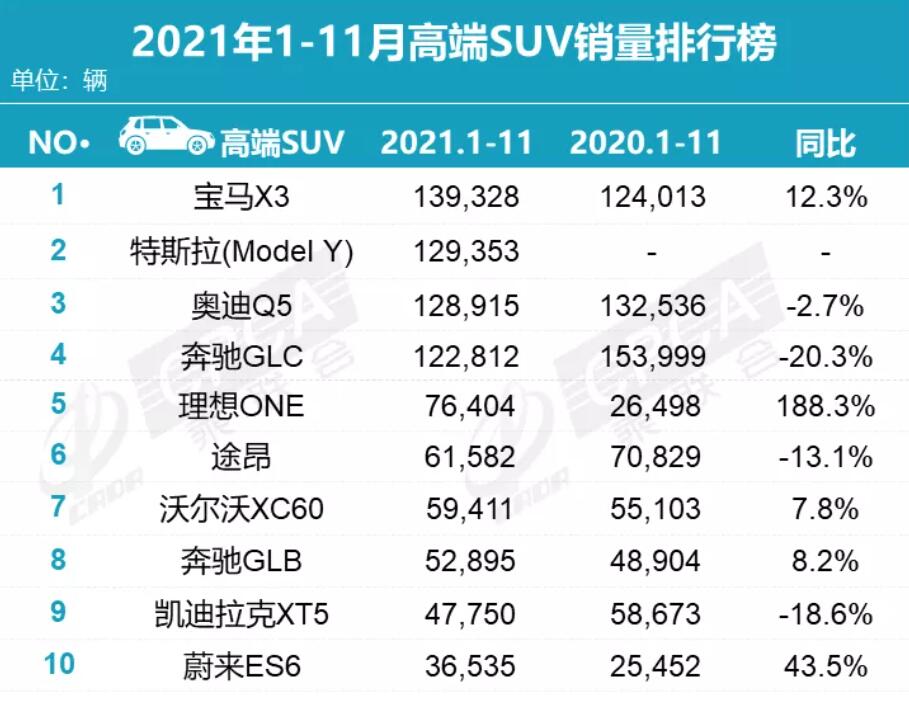 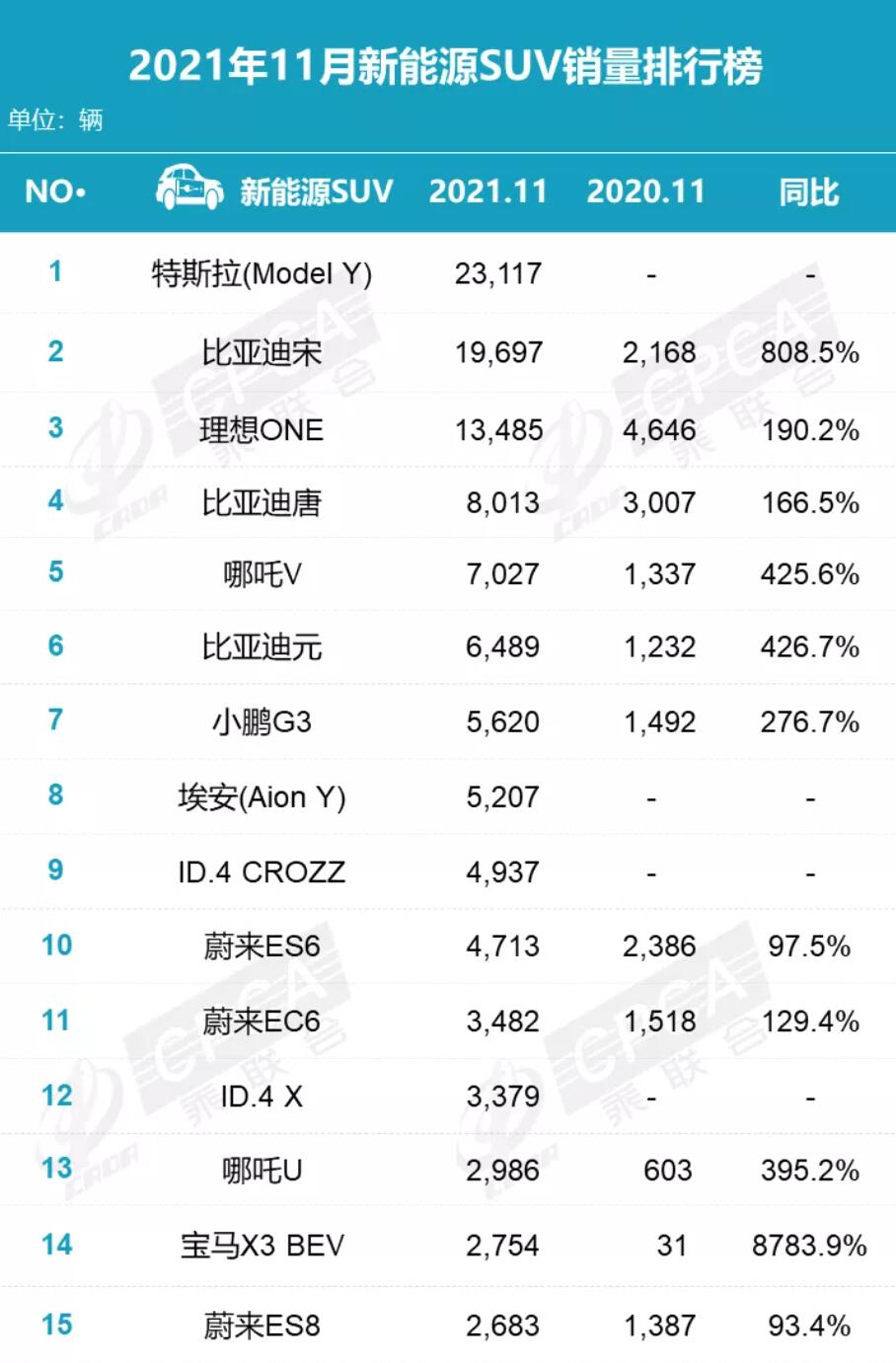 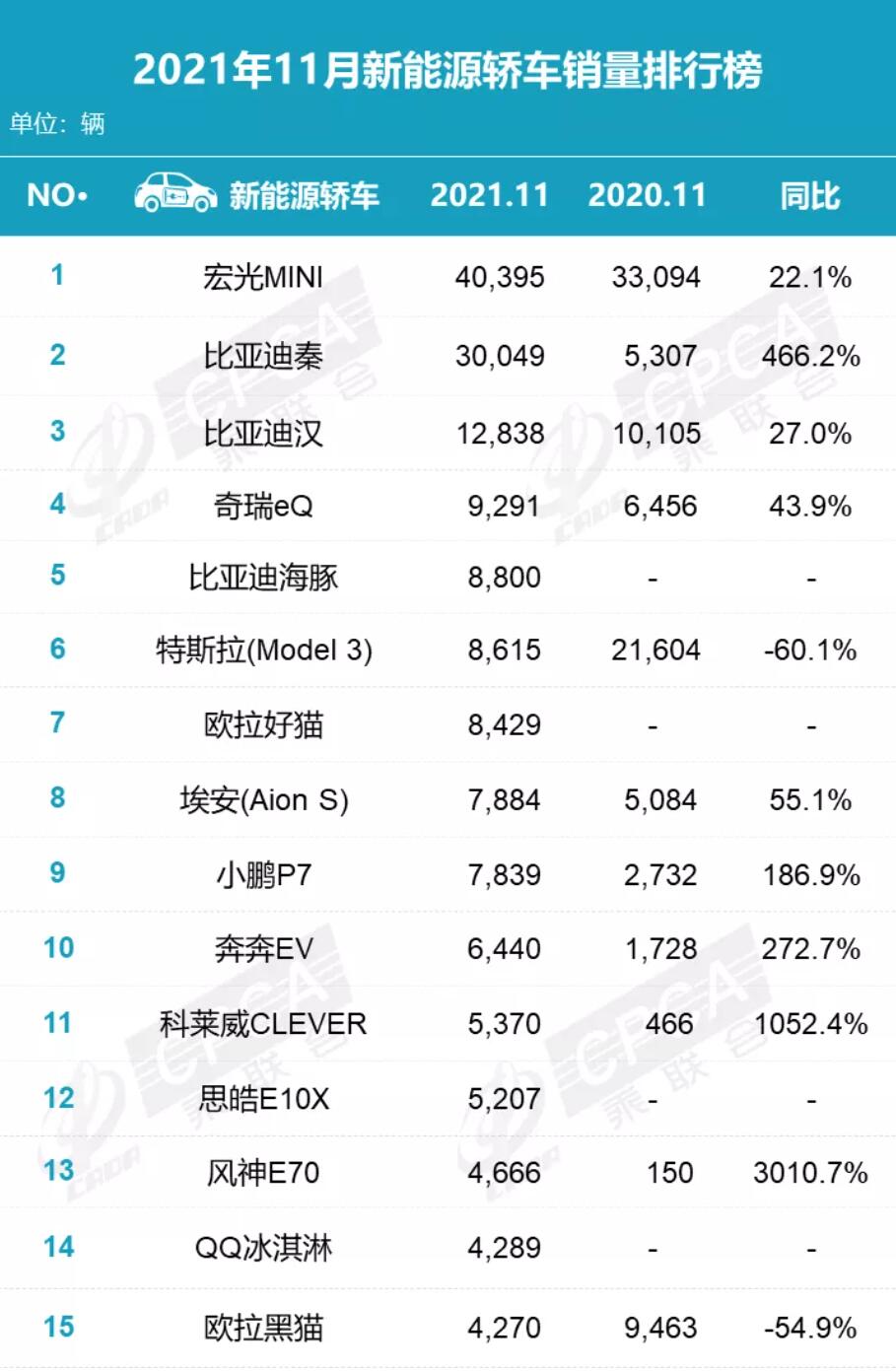 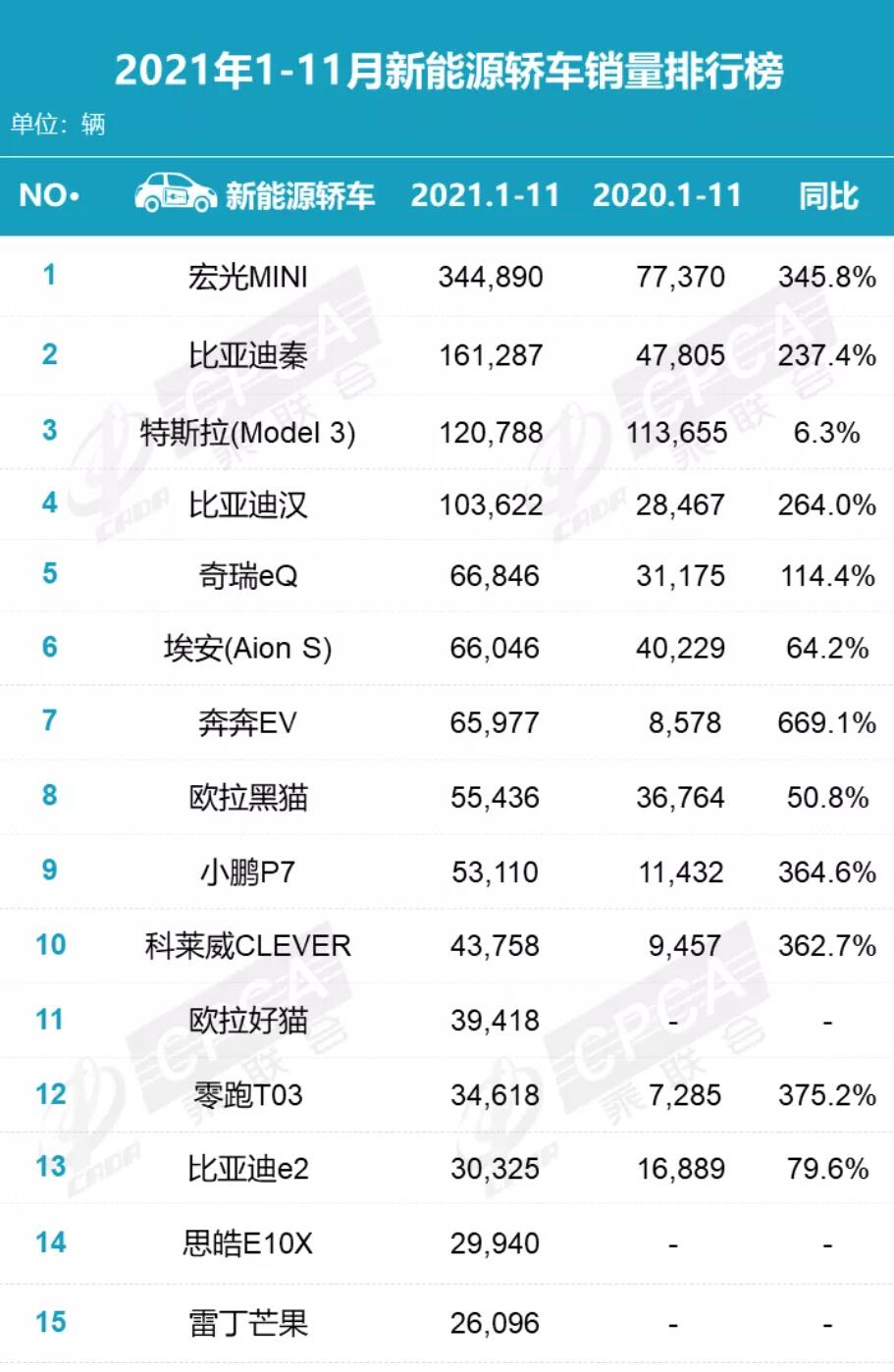