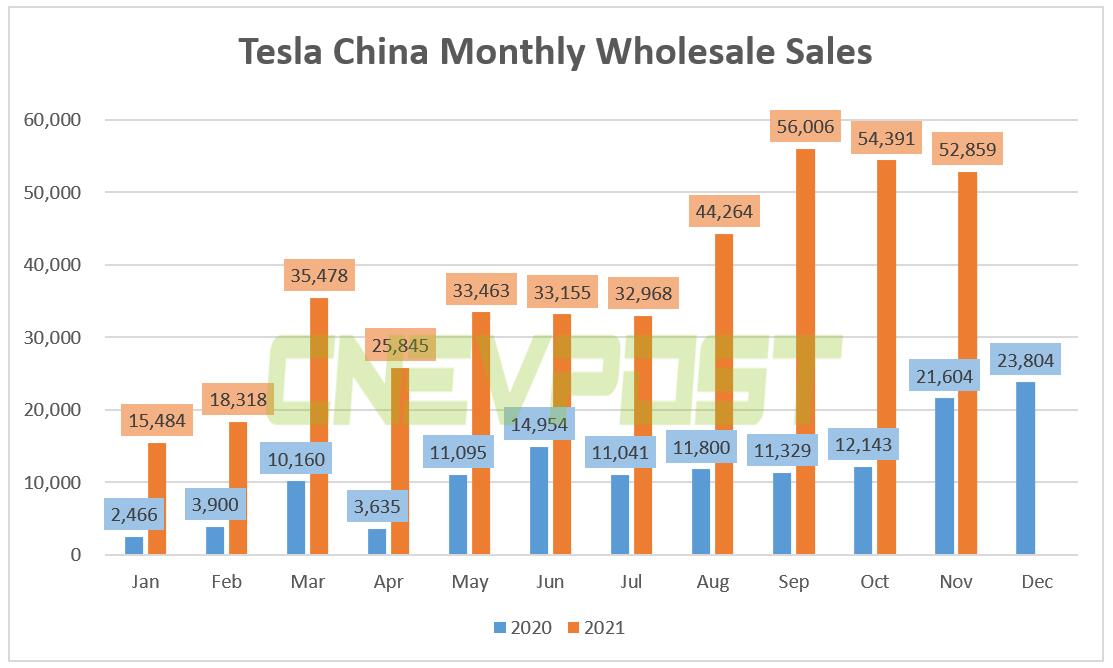 Tesla China's wholesale sales in November were 52,859 units, up 144.7 percent year-on-year but down about 3 percent from October, according to data released today by the China Passenger Car Association (CPCA).

Tesla produces the Model 3 and Model Y at Giga Shanghai, and breakdown data on both models is currently unavailable.

China's November wholesale sales of new energy passenger vehicles were 429,000 units, up 131.7 percent year-on-year and up 17.9 percent from October, according to data released today by the CPCA.

XPeng delivered a record 15,613 units in November, meeting the company's previously mentioned target of 15,000 units. This represents a 270 percent year-on-year increase and a 54 percent increase over October's 10,138 units.

Li Auto delivered 13,485 units of the Li ONE - the company's only model - in November, a new single-month delivery high. This represents a year-on-year increase of 190 percent, up 76 percent from 7,649 units in October.

Volkswagen's ID. family of electric vehicles sold 14,167 units in China in November, up 11 percent from 12,736 units in October.

This is the third consecutive month that ID. Family EVs have exceeded 10,000 units delivered in China, a new high for VW since it began reporting this data in June.