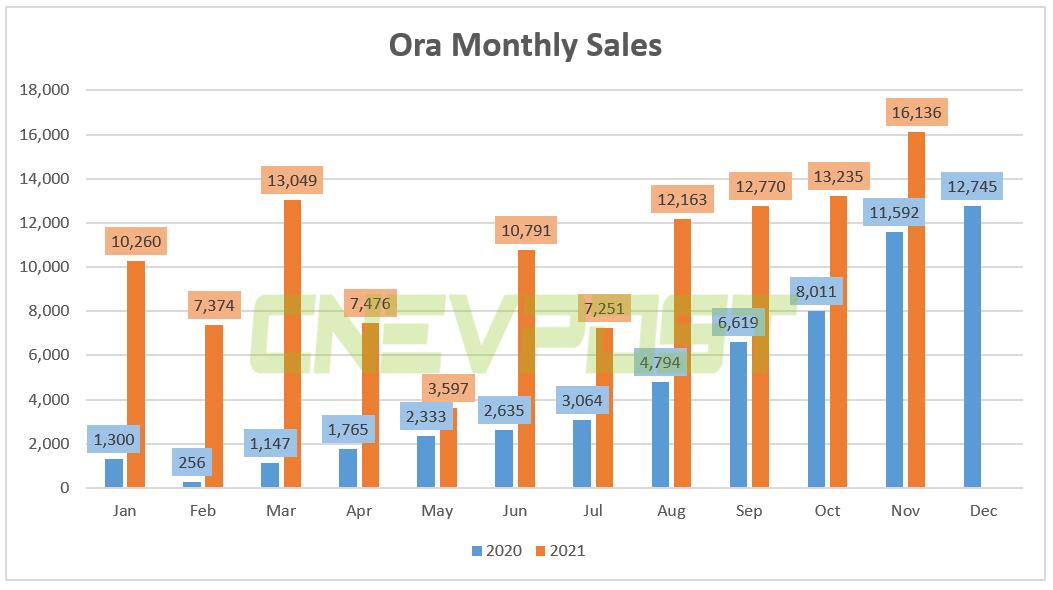 Great Wall Motor's Ora brand of electric vehicles sold 16,136 units in November, up 39 percent from a year ago and up about 22 percent from October, the company announced Tuesday.

The Ora Good Cat sold 8,855 units in November, up 13 percent from 7,845 in October, a single-month sales high. Cumulative January-November sales for the model were 40,246 units.

Currently, Ora has four models on sale, namely Black Cat, White Cat, Good Cat and IQ, and its Lightning Cat, Ballet Cat and Cherry Cat are not yet available.

The Lightning Cat will be Ora's performance-focused model, the Ballet Cat's main feature is retro and the Cherry Cat is the brand's first SUV model.

On October 29, the Ora Good Cat model was officially launched in Thailand, marking the model's debut in the overseas market.