'Delisting fears taking over', Deutsche Bank explains what to watch

The law isn't a new development, and stocks generally shrug off the news after each "new cycle," according to Edison Yu's team.

Amid the prevalence of delisting concerns, what should investors look for? Deutsche Bank gives their take in a new research note.

In the note sent to investors Monday, Edison Yu's team said the main point of contention is that the US government wants the Public Company Accounting Oversight Board (PCAOB) to have access to the audit transcripts of companies listed in the US, which is unacceptable to Chinese regulators.

If the PCAOB cannot audit the required reports for three consecutive years, the law allows - but does not require - the SEC to delist the company. In addition, the company is required to disclose the control of the foreign government.

The reality, according to Yu's team, is that the situation is a political conflict, and there is no straightforward answer as to what the chances are that the company will actually be delisted.

The market is clearly signaling that the chances are much better now than they were a week ago, but the law is not a new development, and stocks generally shrug off the news after each "new cycle," the team noted.

Nearly ALL US-listed Chinese stocks could be impacted by this (e.g., SEC Chair Gary Gensler said in September this could impact about 270 Chinese companies) and if carried out to its fullest extent, would represent a generational destruction/transfer of capital, easily hundreds of billions of dollars.

We don't think either side is truly ready to go down this path yet.

If the SEC ultimately pursues delisting these companies, in Yu's team's view, a company has three options:

If the company has a Hong Kong dual-primary listing, the H-shares can continue being traded even if the US stock gets delisted (as opposed to HK secondary listing where status is dependent on US listing) and investors can swap their shares (in as quickly as 1 working day and for as low as $0.05/share).

Management can offer to buy up all the US shares (take private) and re-list in Chinese mainland or Hong Kong.

Historically, most companies in this situation were typically in financial turmoil and then proceeded to be traded OTC or on pink sheets; this is not applicable for the majority of companies in question.

The team believes that in this context, XPeng Motors and Li Auto are now in a better position to deal with the risk of delisting because they both have primary listings in Hong Kong, which essentially means that their US-traded shares can be converted to Hong Kong shares at a 1:2 ratio.

In addition, XPeng is expected to be included in the Shanghai-Hong Kong Stock Connect in mid-February 2022, followed by Li Auto in March, thus allowing mainland investors to be able to invest directly in their shares for the first time, which would be a big tailwind, the team said.

XPeng also has the added advantage of using a red-chip structure and not relying on a variable interest entity (VIE) to obtain permission to operate its primary business in China, Yu's team noted.

NIO is currently in a less favorable position because it does not have a dual primary listing in Hong Kong, which is likely why it sold the most of the three last week, the team said.

"In our view, NIO will eventually list in Hong Kong similar to XPEV/LI and this would occur much earlier than potential worse case delisting deadline," the team said. 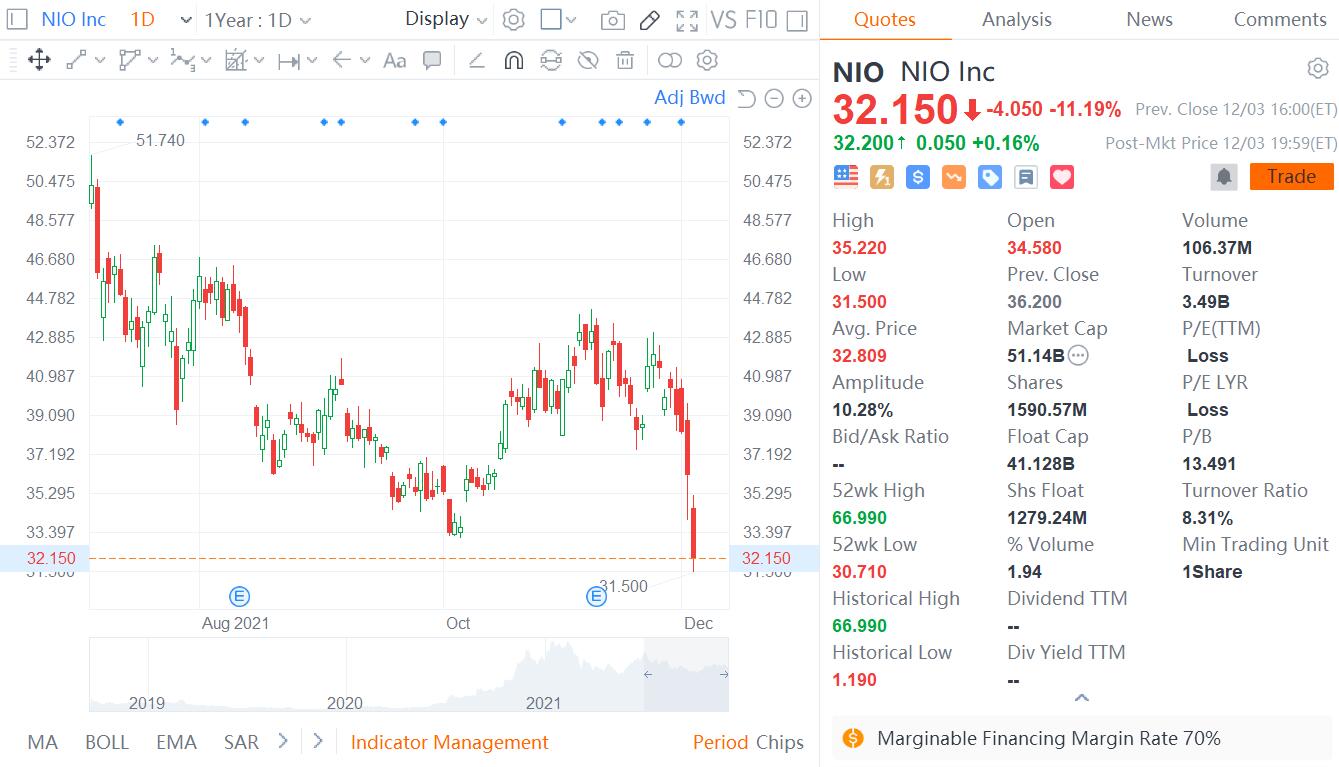 (Performance of NIO stock traded in the US.)

As of press time, XPeng and Li Auto traded in Hong Kong down 7.35 percent and 9.52 percent, respectively, narrowing from their opening losses. 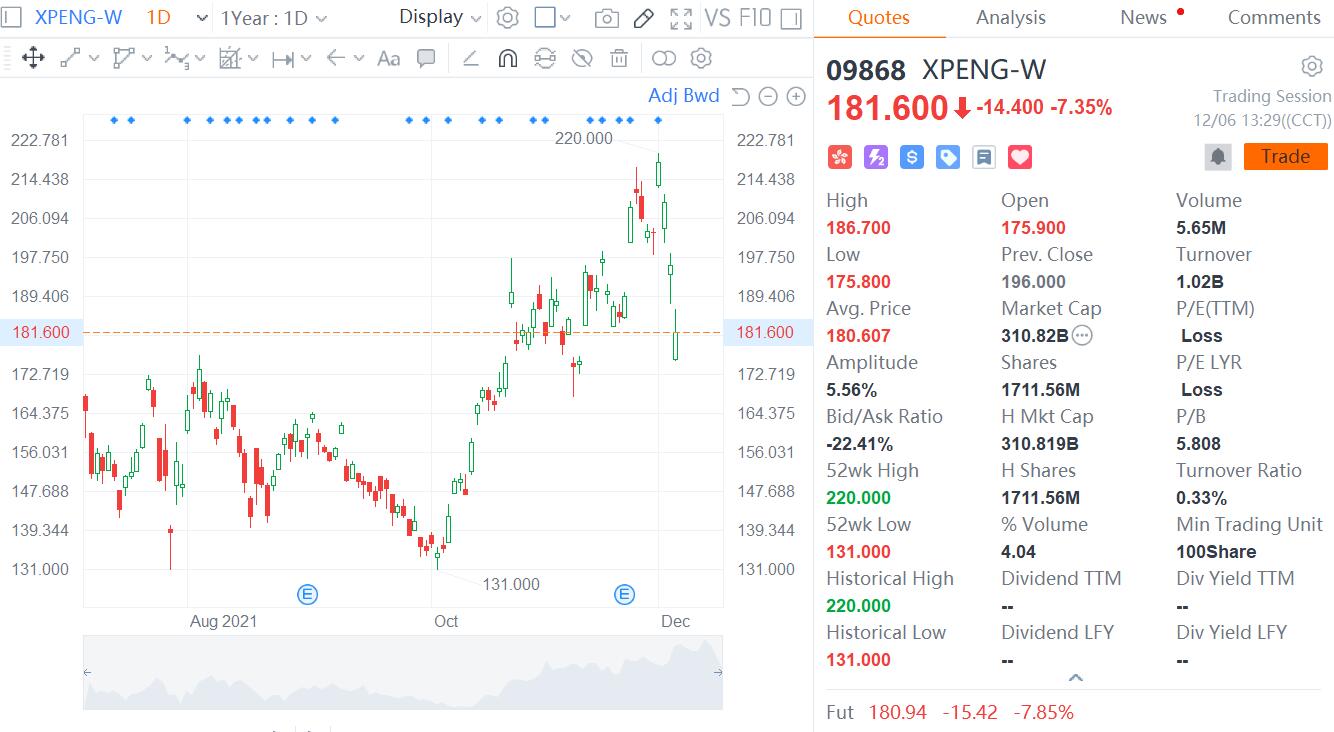 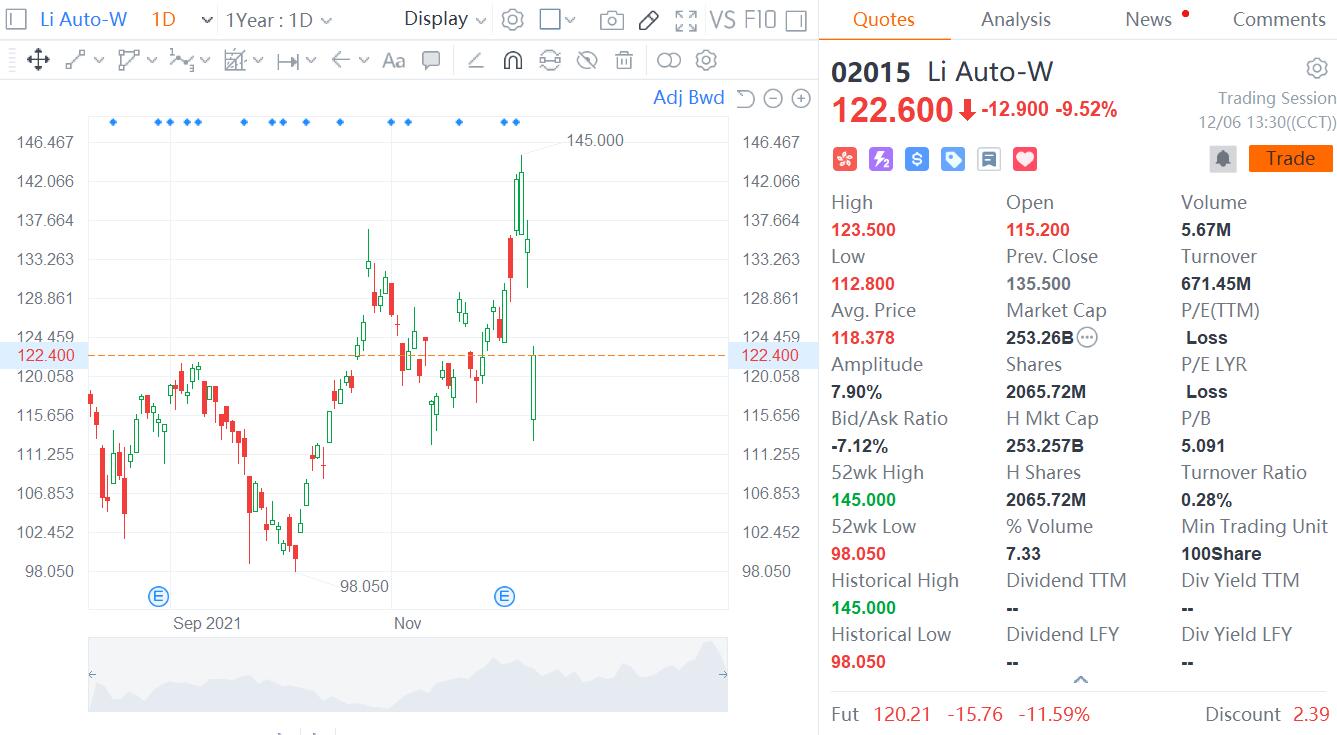