By now, NIO users who wish to upgrade their battery packs have the option to do so either permanently or on an annual or monthly basis.

Unlike other carmakers, NIO's vehicles all support battery swap, so it has a very complex battery pack supply system to manage. Now, the company has taken a new step to improve that management.

NIO announced today that all customers can temporarily upgrade their battery packs on a monthly basis according to their needs. This follows the company's July pilot in several cities, including Urumqi, Shenyang, Xining, Lanzhou, Yinchuan and Hohhot.

So far, NIO customers who wish to upgrade their battery packs can choose to do so either permanently, or on an annual or monthly basis.

Since its 150-kWh pack is still not available, the only customers who can upgrade their packs are those of the standard range models. 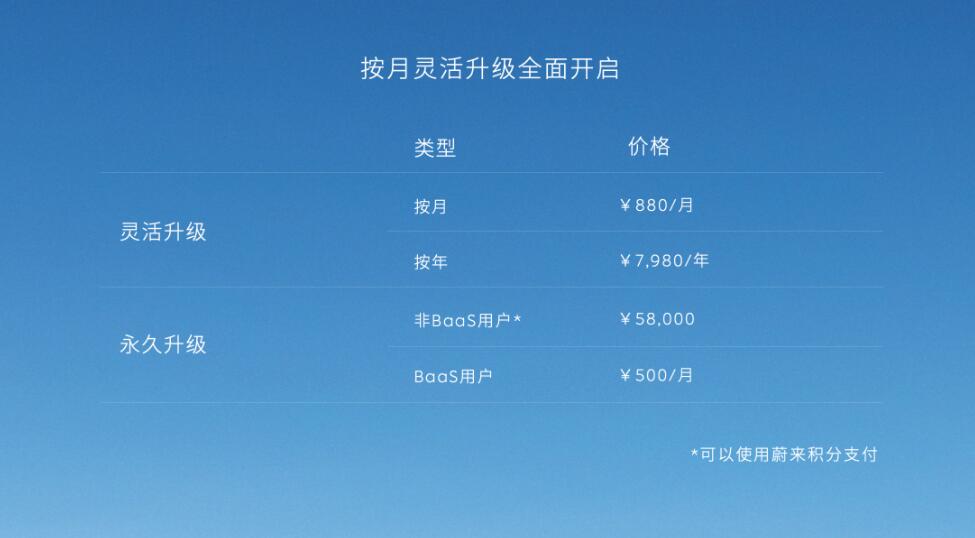 The option to upgrade the battery is the same regardless of whether the customer purchased the car using NIO's BaaS battery rental service.

If the user does not return the battery on time and does not renew the lease after the upgrade order expires, then they will receive a late reminder and will be charged an additional RMB 68 per day, up to a maximum of RMB 880 per month.

Previously, NIO began allowing users to permanently upgrade their standard range battery packs to 100-kWh packs for a fee on November 7, 2020, and began allowing these users to upgrade on an annual basis on April 16 of this year.

Is battery swap model less sustainable than supercharging? This team of analysts thinks the opposite