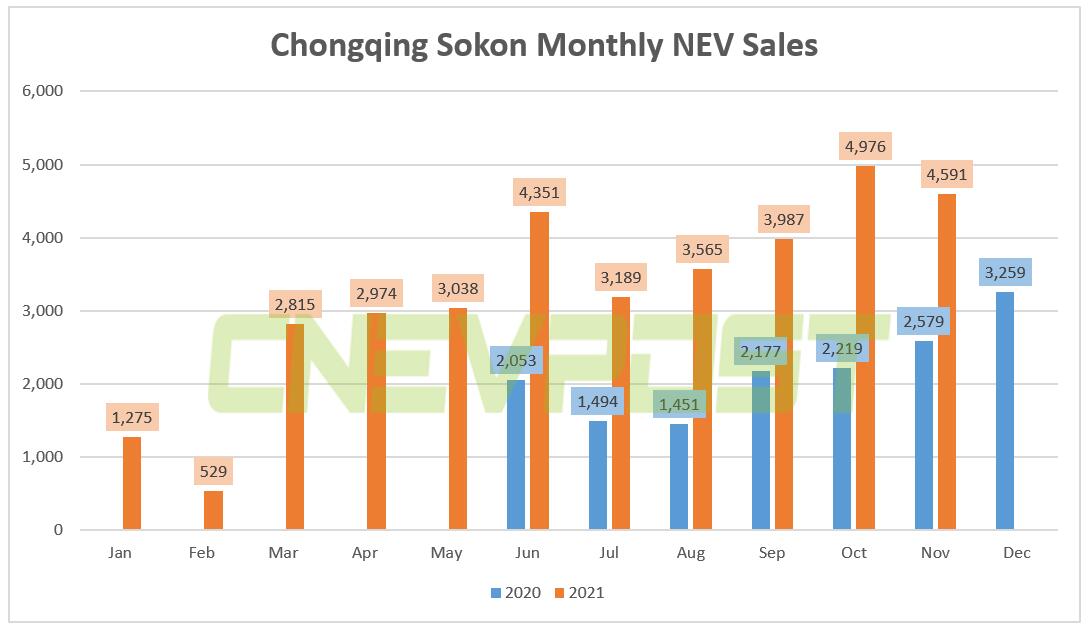 Sokon sold a total of 35,290 NEVs from January to November, up 107 percent from a year earlier.

The company has been in the spotlight this year because Huawei announced on April 20 that it would officially start selling cars, with the Seres SF5 from Sokon's brand Seres being the first model to enter its channel.

Seres announced on December 2 the launch of a premium smart car brand called AITO, which stands for "Adding Intelligence to Auto".

The brand will feature Seres' capabilities in extended-range technology, as well as cutting-edge technology from partners including Huawei, to bring a new experience to users, Seres said.

Huawei will use the technology it has accumulated over the past 30 years in communications and ICT to help AITO build a mid-size luxury SUV, Richard Yu, the company's managing director, CEO of Consumer BG and CEO of Huawei Intelligent Vehicle Solutions BU, said in a video posted on AITO's Weibo account.

Seres also unveiled the first model of the AITO brand, the Wenjie M5, which will be the first production SUV to feature Huawei's latest HarmonyOS smart cockpit and Huawei's smart car solutions.