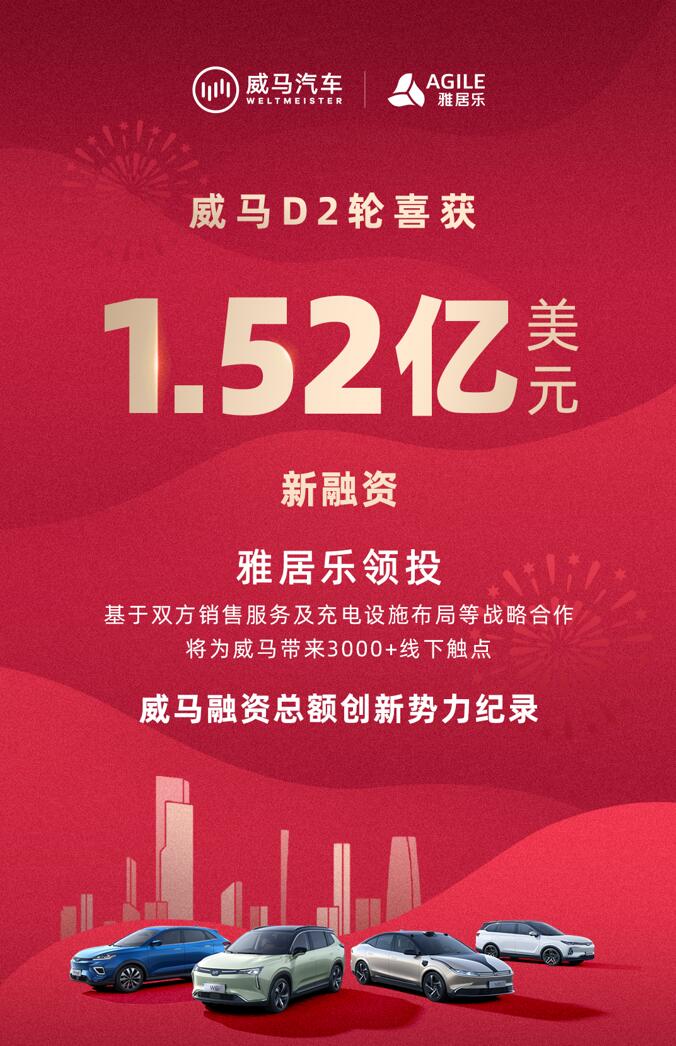 The company expects additional well-known investors to join its Series D2 funding in the near future, with total Series D funding expected to exceed $500 million.

Agile is a Hong Kong-listed company whose operations are focused on Guangdong province in southern China.

In addition to the equity financing, WM Motor and Agile have signed a strategic cooperation agreement that will provide for in-depth cooperation in branding, sales and service network, charging facility layout, auto finance, supply chain finance and after-sales service.

The partnership will bring more than 3,000 offline touchpoints to WM Motor, the company said.

With the recent financing, WM Motor will continue to invest in developing cutting-edge smart electric vehicle technology and broadening and deepening its sales and service channels, according to the company's CFO Bi Shiyu.

After the completion of the D1 round, WM Motor will lean toward an overseas listing, Zhang Ran, a partner of the company, said in an interview with The Beijing News on October 15.

However, Zhang also said that the timeline and progress details of WM Motor's IPO are not easy to disclose right now, but it is being pushed forward in an orderly manner.

In mid-April, Chinese media reported that WM Motor's listing process on the STAR market had been put on hold, possibly due to heightened requirements for technology attributes of candidates by the review board.

WM Motor is eyeing a possible Hong Kong IPO that could raise about $1 billion, which would happen as soon as next year, Bloomberg said in a November 12 report.